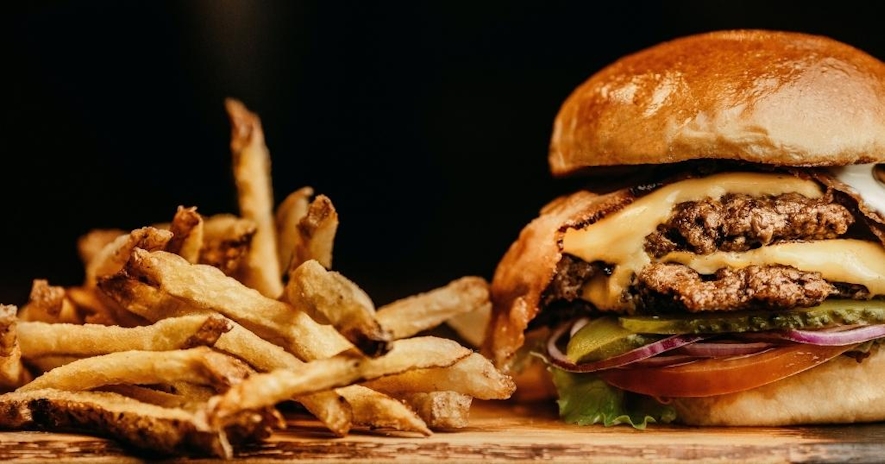 Five Guys is one of America’s favorite eateries. Their burgers, fries, and shakes go all out and are the perfect option to satisfy your every craving.

Born in 1986, Five Guys went from a local burger joint to an international phenomenon. The restaurant has had incredible success and now has over 1,700 locations worldwide! Their popularity is no mystery and even though there might be haters, Five Guys is a hit.

This restaurant is easily recognizable, both inside and outside. Their brand stands out from the rest and is easy to spot wherever you are due to its vibrant red colors. When inside, the smell of burgers and fries overwhelms your palate and nose and one of the first things you spot is the enormous bags of peanuts and potatoes, their only side.

Five Guys is well known for making peanuts available for its customers. This is both a marketing move and a statement, as they use peanut oil to fry and cook. This oil is widely known to benefit your health, possibly preventing heart disease and lowering cholesterol. 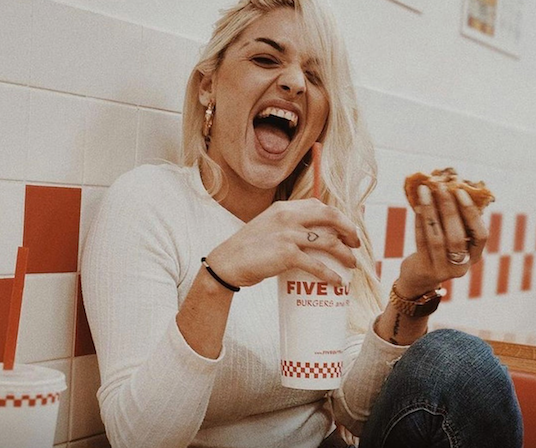 Jerry and Janie Murrell recommended their four children start a business or go to college. The four brothers went on to open their own restaurant, a carry-out burger joint in Arlington, Virginia.

The Murrell family, led by Jerry and Janie, served only premium food. They made hand-formed burgers cooked to perfection on a grill, along with fresh-cut fries cooked in pure peanut oil. Five Guys was THE place to go if you wanted a fresh, juicy burger with all the toppings you could fit between freshly baked buns.

A fifth brother was born, and their business expanded in tandem. The business quickly grew when the five guys and their parents decided to sell out franchises in 2003 and escalated to 300 locales in under 18 months. From then till today the expansion has boomed, taking this franchise to over twenty countries around the globe.

Five Guys is known to be the fastest-growing franchise in the United States. The simplicity of the Five Guys menu and products is unique and perhaps one of the reasons behind its success, which is unrivaled.

In my opinion, the greatest secret and element to success a restaurant can have is a simple menu. Five Guys makes it easy and convenient to order, there are limited menu options, but endless possibilities when it comes to toppings and customization.

Five Guys is famous for their burgers. Their patties are made with 100% beef and are never frozen, so you know it’s gonna be fresh.  You pick your base burger from four options (double if you count the regular and little sizes):

If you aren’t already familiar with Five Guys, you must know that whether you add a topping, fifteen, or none, there won’t be an additional cost. You can tailor your burger with over ten different toppings and sauces. You can choose as many as you please, making your burger even better every time you return. 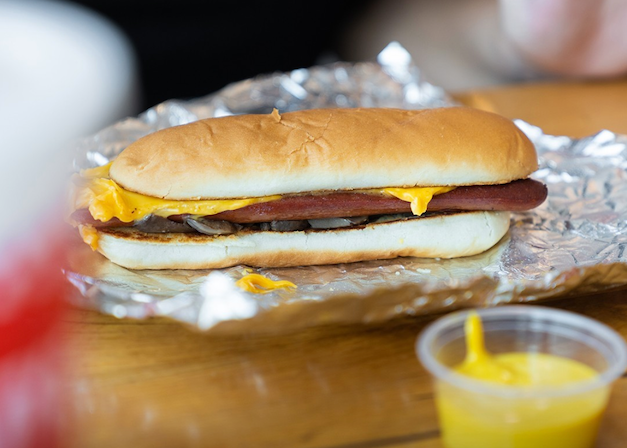 Five Guys initially sold hot dogs as well and they’re still on the menu. You can go for a normal hot dog, cheese dog, bacon dog, and bacon cheese dog. Feel free to add toppings and sauces as well.

If you rather stray away from the beef burgers and hotdogs, you can take a look at Five Guys’ selection of sandwiches. They’re tasty and as good an option as the burgers.

The only side available is fries, and trust me: you don’t need any more! These peanut oil-fried fries are salty, crunchy, and tasty. It’s also well known that regardless of the size of fries you go with you are gonna get a bag full of fries, so don’t order one for each person in your group. 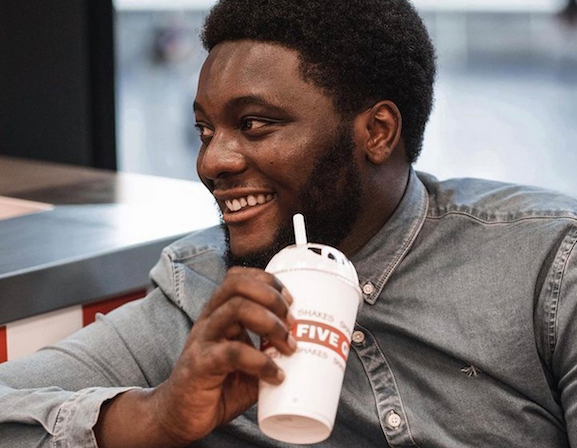 Five Guys is recognized for their extravagant milkshakes. You can order a traditional milkshake in one of their selected flavors or add some mix-ins to make the experience even better. Take your pick from:

You can add as many toppings to your milkshake as you fathom, making it your own. There are around a thousand possible combinations so you never get tired. Possibilities include:

I love Five Guys, it’s my go to place for a decadent, juicy burger and delicious salty fries. Food and herb lovers alike will love this place due to its laid back nature, chill vibe and rocking food.

My preferred burger is the bacon cheeseburger with grilled onions, pickles, and A1 Sauce. I also always eat some peanuts while waiting, which is never too long, and order a milkshake with salted caramel and bacon. This is my go-to munchies craving, and I cannot get enough of it!