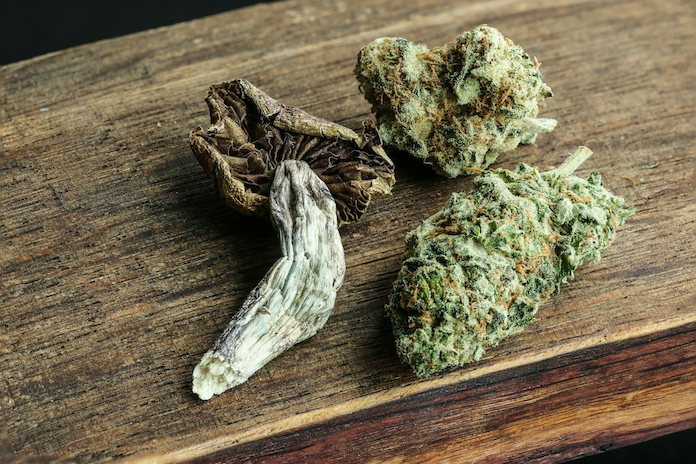 Psychedelic mushrooms are here to stay. Here are the ones you should know about.

Over the past few years, great strides have been made by studying the effects of psilocybin in patients suffering from a wide variety of diseases and ailments, including Post Traumatic Stress Disorder (PTSD), terminal cancer, anxiety, depression, and addiction.

John Hopkins University has been a vanguard of studying psychedelics in contrast to the government’s harsh laws that resulted from the Controlled Substances Act and Nixon’s war on drugs. In 2000, the university became the first to obtain permission to study the effects of psychedelics in patients that had no prior experience with the substances.

In 2014, the university conducted a study that took place in a carefully controlled environment and proved psilocybin to be beneficial to those attempting to quit smoking. The anxiety and depression of certain terminally ill cancer patients were also eased by ingesting a single large dose every six months.

Terence McKenna, the famed ethnobotanist, lecturer, and student of everything mystic and metaphysical, had a proclivity for psychedelics, especially psilocybin.

His method of ingesting around 5 grams of shrooms, sitting in a dark room with a hefty amount of weed, and waiting for the shrooms to communicate goes down as one of the strangest, yet effective methods of ingestion. With one foot in the spiritual and one in the scientific, McKenna represented the informed and well-educated psychedelic enthusiast that didn’t conform to the social norms regarding spiritual practices and alternative medicines.

With hundreds of different varieties out there, each affecting people differently, this list will cover the average effects that people experience with each type of mushroom. One of the most important factors going into a trip is to create a positive environment and to make sure you are in the correct headspace.

The many “bad trips” that have occurred over time might’ve been eased if there was a clear directive set forth beforehand. Have a positive goal or vision in mind to actually benefit from the experience, and remind yourself of that during your trip.

Here’s a list of some of the more popular assortments of magic mushrooms and how each one can affect you. 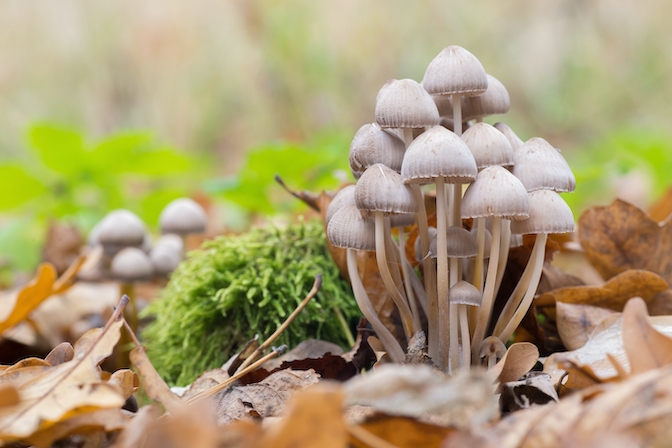 Nicknamed the ‘blue meanies,’ these ultra-potent mushrooms might fool you with their small size. Grown in most tropical climates, this variety needs to be approached with caution. The caps and stems feature black spores that might not be visually appealing,

While its psilocybin levels might not be as high as our other choices, it does contain about 0.48% psilocin, which is responsible for strong mind-altering effects. Be on the safe side and try out a couple of grams first, as the hallucinations can be overwhelming and high doses may temporarily interfere with voluntary muscle control.

These guys are unique because they contain serotonin, which is uncommon for psychedelics and might well be the reason for the uplifting experience many people claim to have. Quite opposite from the blue meanies in Yellow Submarine, this mushroom does produce positive effects in many users, including: 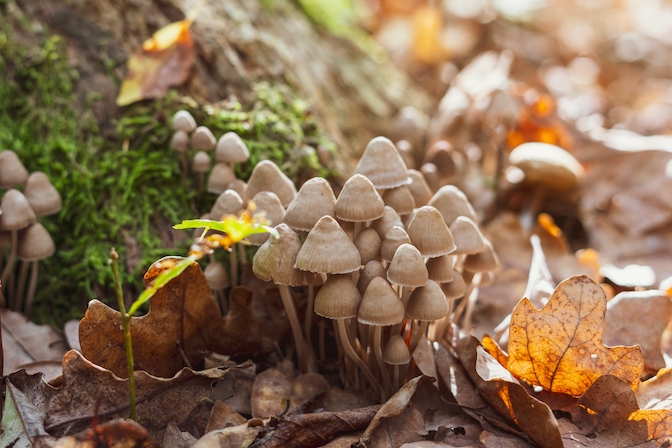 Popularly known as the Liberty Cap, this variety of mushrooms is up there with the blue in terms of both potency and popularity. Grown in rich pastures and grasslands, these bell-shaped delights will let liberty ring through your mind, with no trip to Independence Hall needed. This potent variety grows in multiple cool temperate locations in the Pacific Northwest but also sprouts out such places as Minnesota, New Zealand, Inda, Peru, and Nova Scotia, Canada.

The caps are very smooth and come in different shades of brown and sometimes yellow. The common psilocybe semilanceata contains about 1% psilocybin, which ranks highest among all fungi on the list. Common effects include: 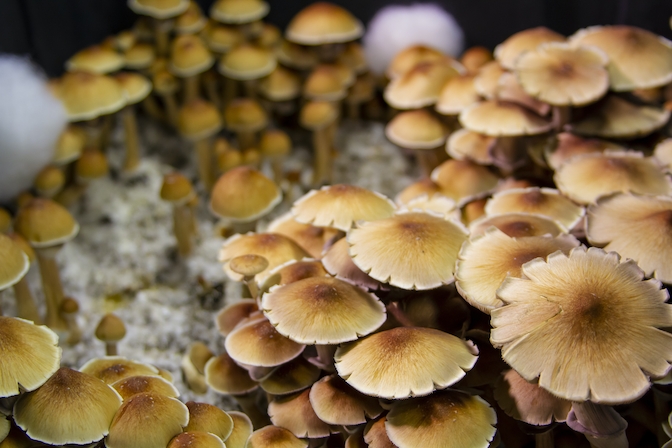 Looking like something out of Alice’s stroll through Wonderland, this thin-stemmed and wide-capped mushroom are much rarer than the Liberty Cap, while sharing some of its effects. With average psilocybin levels around 0.68%, this less potent choice still provides strong effects. The smooth caps are brown when growing and then turn a softer yellow shade after being dried and ready for consumption.

Under the surface, a truffle nicknamed “the philosopher’s stone” grows and delivers milder psychedelic effects than its upstairs neighbor. Still, this mass of mycelium (the vegetable part of a fungus) has been known to bring a fast-acting case of the giggles, followed by a meditative and reflective state. 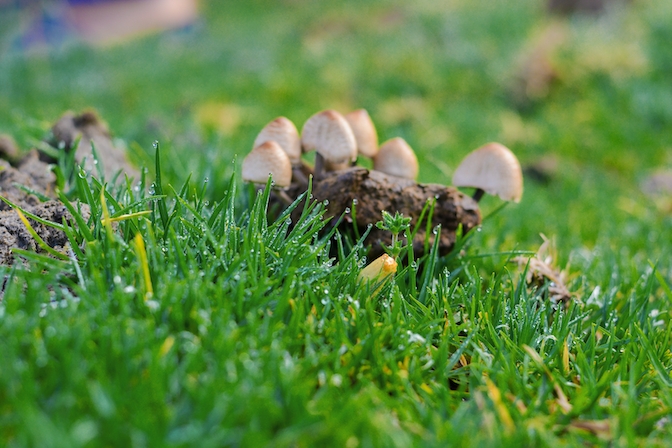 Growing primarily out of the Pacific Northwest and Atlantic Northeast, these metallic blue mushrooms almost look like shiny stones in the ground when they have moisture on them, which they often do in these climates. The bluish coloring is the result of bruising, which these do easily. When dried, they turn a yellowish-brown color. Known by such names as ‘bluebells,’ ‘knobby topps,’ and  ‘bottle caps,’ they can contain up to 0.85% psilocybin and can produce different effects among users. The more positive effects that many experiences is:

As many people have learned the hard way, the results of your trip depend heavily on your state of mind. If you feel insecure about something or have an issue that you keep on the back burner of your mind, psilocybin will often bring those to the forefront. While this might be seen as a bad thing at the moment, it can be an incredibly therapeutic and beneficial experience that stays with you and leads to an overall positive change in habits and thinking.

While the chance of a negative experience is always present, it’s important to make your own decision based on your experience. Many people have had incredibly transformative experiences with psychedelics, and often claim to obtain some knowledge from the substance.

Paul Stamets, a mycologist and strong proponent of psilocybin, often speaks about the permanence of mushrooms over the history of our planet, having existed on earth longer than human beings. The creative folks at After Skool have put together an animated version of Stamet’s comments on Stoned Ape Theory and fungal intelligence from the Joe Rogan Experience that’s worth a watch.

No matter which dosage or variety you plan on experimenting with next, always makes sure you feel comfortable with the people and events around you. Once you set your course for a positive, beneficial experience that will expand your mind and contribute to a feeling of connectedness, you should be in for quite the ride.