The Marvel Punisher Reboot 2022: Everything We Know So Far

All announced details regarding the new Marvel Punisher reboot. 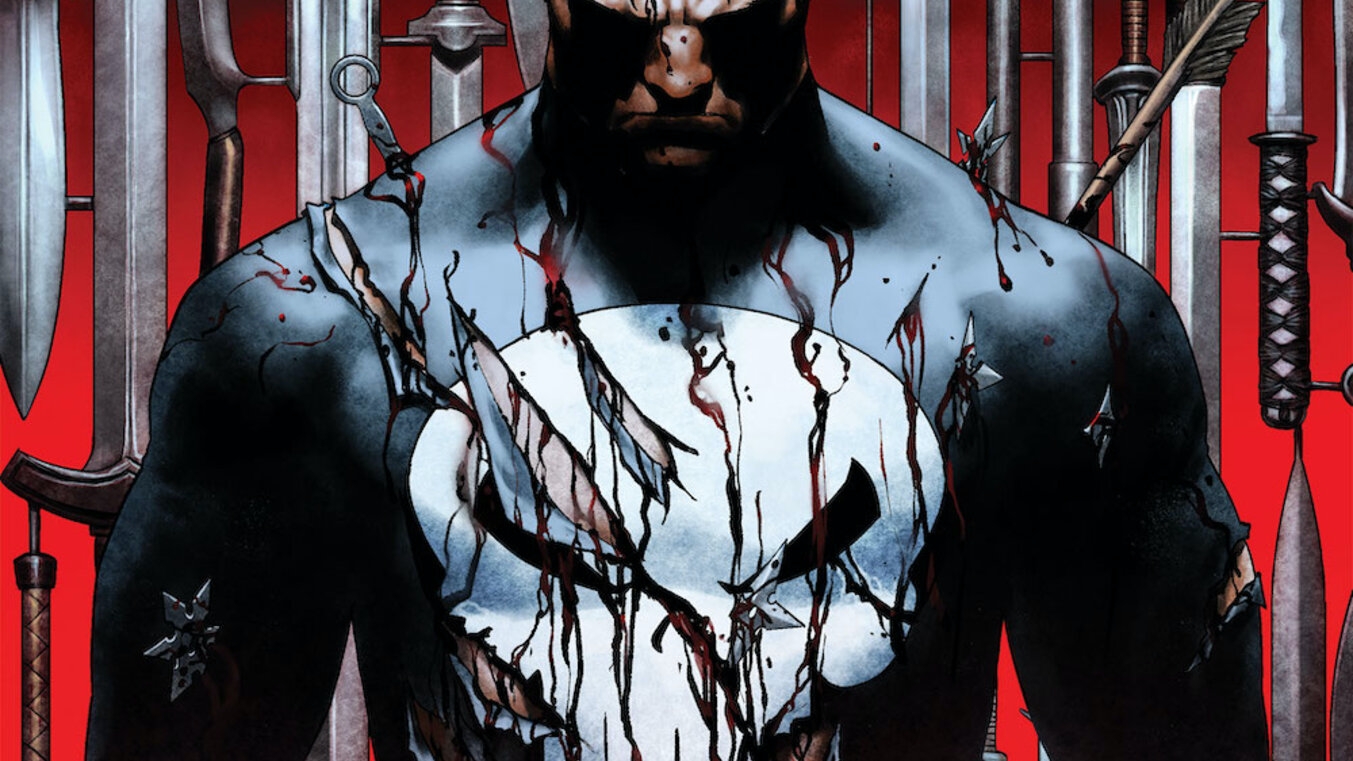 It’s been more than a year that the Punisher has been seen in the pages of Marvel Comics, but recently, we got the inside scoop on the latest Punisher news.

Finally, we will soon receive the highly-anticipated Punisher in a brand new prestige 13-issue limited series by writer Jason Aaron, pencilers Jesús Saiz and Paul Azaceta, and colorist Dave Stewart. The publisher announced that the series should release in March of this year.

According to Syfy Wire, each issue is said to be “oversized” and will also showcase the story that Marvel promises will be the “definitive culmination of Frank Castle’s journey in the Marvel Universe,” reads a new press release. The press release also unveiled that Castle, the haunted vigilante who made his debut in 1974’s Amazing Spider-Man #129, will be the warlord of the Hand, the ancient ninja group from Frank Miller’s Daredevil.

There’s a lingering feeling that a big secret will be revealed at one point throughout the series, which results in Castle picking up his sword alongside the demonic being who controls the Hand, the Beast. If there’s one thing for certain, it’s that Frank Castle has become one of the most accomplished killers the world has ever seen from a fictional character.

Once a startling secret urges Castle to become the warlord of the Hand, he later serves the Beast, a position that might be his final destination. Throughout the story, we should expect many shifts from the present day to the past, and Azaceta will handle those artistic flashbacks.

In Marvel’s press release, the entertainment giant’s Editor in Chief C.B. Cebulski said Aaron presented his story pitch for Frank Castle at one of Marvel’s creative retreats, and it left the group’s jaws on the ground. Additionally, Cebulski said, “The story Jason is telling – a truly epic tale about darkness, violence, and choices – can only be told with the Punisher at its core.”

Aaron also wrote the character in Punisher Max, and he says Castle’s tragic origin, where his family was killed in a gangland execution, will have a significant impact on the new story. Aaron added that the story is the fated next step in the dark and tragic evolution of Frank Castle, which showcases a troubled kid to heroic soldier and finally, a “revenge-driven vigilante…to the duly anointed King of Killers.”

Aaron concluded with a statement that reads, “Believe me when I say, I am as excited about this story as anything I’ve ever written for Marvel.”

January 13, 2022
Written by BuzzMusic
Save for later
Start saving articles by clicking the heart icon and you'll find them again in your profile page.

Get 20% off premium weed and discover the latest products, news, and deals in cannabis.
January 13, 2022
Written by BuzzMusic
Save for later
Start saving articles by clicking the heart icon and you'll find them again in your profile page.