Year in Review: The Biggest Cannabis News of 2019

From legal edibles to vaping scares, for cannabis, 2019 was one wild year.
December 31, 2019
Written by Rob Hoffman 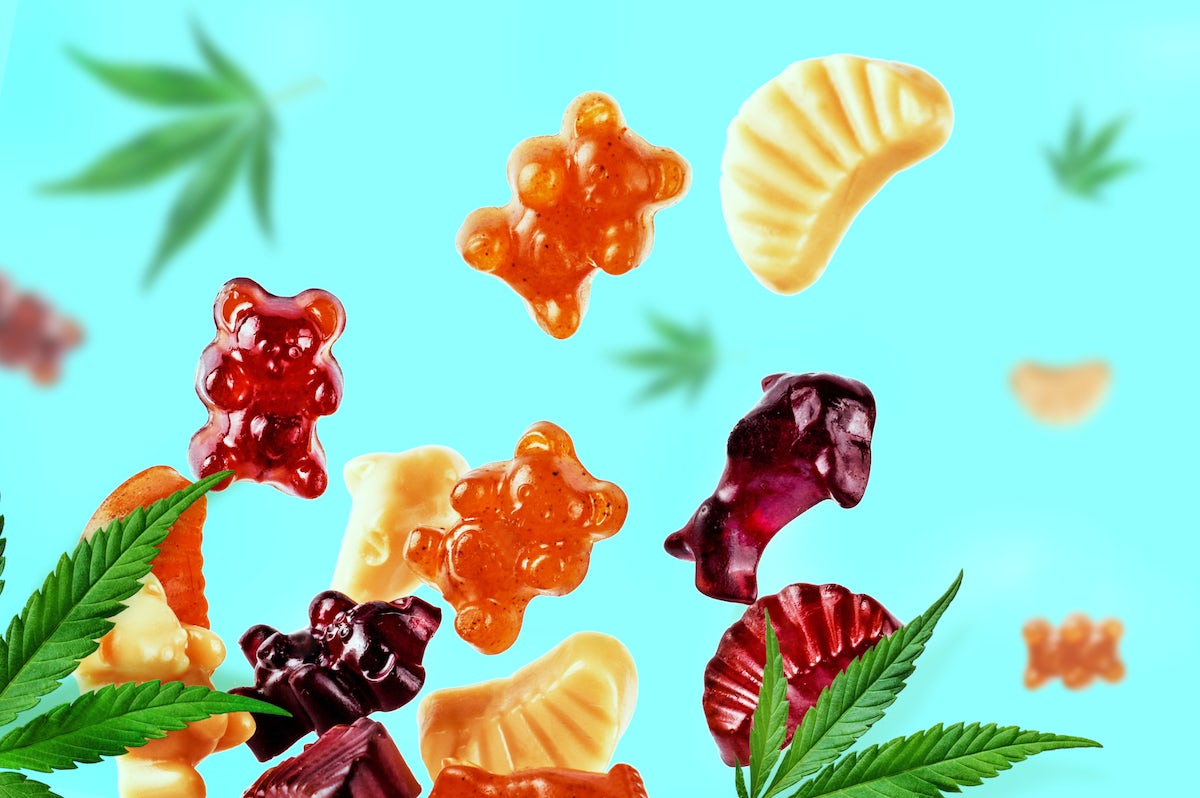 2019 was another historic year for the cannabis industry. Legalization efforts are coming to fruition across the world and the end of prohibition is increasingly seen as inevitable. Some places, like Canada, ended prohibition a while ago and are now expanding their legal cannabis programs include new products and forms of consumption.

Overall, it’s been a good year for cannabis. But not all new developments have been positive. While new cannabis products have provided relief to many, in some cases, they’ve raised health concerns and been increasingly embraced by underage users.

Despite these challenges, cannabis legalization efforts have continued to solve more problems than they create. People with draconian cannabis charges on their criminal records are increasingly able to have these records cleared, and more medical patients are able to access legal cannabis medications than ever.

While we don’t know what lies ahead for the cannabis industry and what new challenges might arise, we can at least say for sure that the conversation around cannabis legalization took centre stage in 2019. These are some of the most important developments that happened in cannabis this year.

What Happened to Cannabis in 2019? Here’s the Year in Review.

Cannabis made a number of big leaps this year. In Canada, regulations for “cannabis 2.0” began, setting the stage for legal edibles, infused beverages, and concentrates in 2020—a policy change adds an expected $2.7 billion to the country’s yearly revenue. In the U.S., states ranging from New York to Texas introduced some form of significant cannabis reform, whether that be decriminalizing cannabis, expanding their state medical programs, or introducing legal adult recreational use.

It hasn’t just been good news for the cannabis industry, though. 2019 also saw a rise in the use of potentially dangerous vaporizer products, particularly among teenagers, spurring new conversations around cannabis safety and consumption habits. From the good, the bad, to the unexpected, here’s what happened to cannabis in 2019.

On October 17th, exactly one year after Canada legalized cannabis nationwide, the country began it’s “cannabis 2.0” roll-out. This new legalization measure allowed for the sale and purchase of cannabis edibles, beverages, concentrates, and more. While the law was rolled out in October, these products began to show up on shelves just a few weeks ago, on December 17th, due to Health Canada’s mandatory 60-day product review period.

Many have anticipated “cannabis 2.0” as being the final wave of laws that will usher in the real cannabis gold rush, fulfilling long-anticipated revenue projections for the cannabis industry. According to a comprehensive report by Deloitte, one of the largest accounting organizations and professional services network in the world, these new products will represent an additional $2.7 billion per year in cannabis revenue for Canada.

Drake is among the newest celebrities to enter the legal cannabis scene. His most recent venture? More Life Grow Co. In early November 2019, Drake’s team teased the launch of his new company by handing out flowers across his hometown of Toronto. Later he announced his partnership with Canopy Growth Corporation, one of the largest cannabis conglomerates in the world. Canopy says that More Life will be “centered around wellness, discovery, and overall personal growth with the hope of facilitating connections and shared experiences across the globe,” according to a press release.

2019 was a good year for cannabis in Canada. From Tokyo Smoke to Aurora, Canadians now have their pick of premium cannabis. Now, Seth Rogen is adding to the collection. HOUSEPLANT got a strong start in the legal cannabis market with the debut of three minimalistic cultivars: Indica, Sativa, and Hybrid. No frills, just some high-quality bud (and softgels and prerolls). HOUSEPLANT is also supported by Canopy Growth.

2019 was the year that vaporizers went mainstream. From cannabis concentrates to nicotine, the use of vaporizers skyrocketed in Canada and the United States, especially among teenagers. 14 percent of 12th-graders surveyed, for example, claimed to have vaporized cannabis in the previous month—up from just 7.5 percent in 2018. This represents the second-largest year-over-year increase in the usage of any drug in the survey’s history.

Unfortunately, the popularity of vapes is outpacing research on pocket-sized devices. In late 2019 a string of vaping-related illnesses landed 1,600 consumers in the doctor’s office, and 34 people dead. The biggest culprit? Contaminated vape pens. Of these, the majority were counterfeit products sold illicitly and often to young people.

A U.S. Centers for Disease Control investigation discovered that many cannabis vape pens were contaminated with pesticide, heavy metals, and vitamin E acetate. Vitamin E acetate is a synthetic version of vitamin E, often used as a nutritional supplement. While safe to ingest in a pill or capsule, the sticky synthetic chemical is not safe to inhale. For the past several years, other health officials have raised concerns over additives like artificial flavorings and thickening agents like propylene glycol (PG) and polyethylene glycol (PEG), which may not be safe to inhale and can combust into toxic compounds when heated.

The good news: Canada and several U.S. states are either developing vape safety regulations or already have them. The State of California, for example, requires batch testing on all pre-filled cannabis cartridges. The testing results are then made available to the general public on product labels and often the company website.

Many additives, like vitamin E acetate, were recently banned in Oregon, Washington, and Colorado. Colorado also approved a ban for PEG and MCT oil additives in November of 2019.

But, there’s still work to be done. In the U.S., vape safety regulations are not standard across the country, meaning that residents of some states have access to safer products than others. Further, health officials are still researching the public health implications of vape technology, which means that it could be a while before materials used in vape hardware and the ingredients used in vape pens cartridges are fully regulated.

The good ol’ wine-and-dine was just elevated. America’s first-ever cannabis cafe, Lowell Cafe, opened its doors in West Hollywood in October of 2019. In December, the cannabis lounge changed its name to “The Original Cannabis Cafe” in an effort to ditch their corporate association. While the name has changed, it’s cultural significance has not: the landmark restaurant symbolizes that an era of prohibition has come to an end in California. Make a reservation, then sit and enjoy a fresh organic meal while puffing on a joint or enjoying some top-notch infused foods.

Cannabis has always been a cash business in the United States. Although over 30 states have legalized cannabis in some form, the plant is still risky business for U.S. banks, which cannot do business with entities dealing with illicit drugs. Unlike Canada, cannabis is still federally prohibited in the United States, classified as a cousin to heroin via the Controlled Substances Act.

In mid-2019, the U.S. House approved a bill that would change one of the largest cash-only industries in the country. The SAFE Banking Act allows state-licensed cannabis businesses to engage with banks and other financial institutions. The bill is currently waiting on a call to vote by the Senate. If approved, cannabis businesses would be one step closer to fully engaging in the legitimate economy. Plus, there’d be no need for late-night ATM fees from your local dispensary.

U.S. states have been slowly rolling out cannabis reform since 2012. While 2019 was not the biggest year on the cannabis legalization front, the movement continued to march forward at a steady pace, with major gains in offshore U.S. territories. Here’s what’s new in American cannabis policy:

On May 2nd, Governor Doug Burgum quietly signed a bill into effect that decriminalized possession of half-an-ounce of cannabis or less, now punishable by a fine of up to $1,000 instead of jail time. Possession of larger amounts of cannabis in the state will also now be met with reduced penalties. This new law went into effect on August 1st, making North Dakota the 25th state in the U.S. to decriminalize cannabis.

Hawaii became the 26th state to decriminalize cannabis possession this year. The new law will make possession of three grams of cannabis or less punishable by a small fine rather than being a criminal offense. Decriminalization will take effect on January 1st, 2020.

While New York failed to realize its efforts to fully legalize recreational cannabis use for adults, it did roll out a new decriminalization law in August that dropped the penalty for unlawful cannabis possession to a fine, down from a misdemeanor. The law also introduced a new process where some of those who have been convicted of cannabis possession in the past can have their records expunged.

In Texas, more medical patients than ever can access legal cannabis after Governor Greg Abbott signed a bill into law this past June that allows licensed doctors to prescribe medical cannabis to patients with multiple sclerosis, Parkinson’s disease, ALS, autism, certain seizure disorders, and terminal cancer. While the new law is undoubtedly a step in the right direction, many have noted that there is still only one legal cannabis dispensary in the entire state, which exclusively offers cannabis in the form of oils and inhalers.

In mid-January, Governor Albert Bryan Jr. of the U.S. Virgin Islands signed a bill into law that legalized medical cannabis for patients with conditions including cancer, Parkinson’s disease, chronic pain, and HIV/AIDS. Legal cannabis dispensaries and cultivation facilities are currently being put into place, with revenue being funneled back into drug rehabilitation programs, agricultural and tourism projects, as well as general infrastructure and work training efforts.

In April, the U.S. owned island territory of Guam legalized recreational cannabis for adult use. Those who are 21 years of age or older can now legally possess up to an ounce of cannabis, and grow up to six cannabis plants for personal use. Governor Lou Leon Guerrero claims that this law will help Guam to regulate, monitor, and control what she calls “the most widely used drug in our society.”

In September, the Australian Capital Territory—a small federal territory of Australia that encompasses the country’s capital city of Canberra—became the first jurisdiction in the nation to legalize recreational cannabis for adult use. The law will permit adults to legally possess up to 50 grams of cannabis, and grow up to four plants in their home, but only within the confines of the small territory.

In mid-December, the Caribbean nation of Trinidad and Tobago made major strides towards cannabis decriminalization after the House of Representatives approved a bill that would eliminate criminal penalties for cannabis possession of up to 30 grams. Perhaps most significantly, if the bill becomes law, individuals will also be permitted to cultivate up to four cannabis plants for personal use. The bill also seeks to give those with prior cannabis convictions a way to expunge their records.

Industrial Hemp is Officially A Thing

Farmers in the United States are now legally growing more hemp than ever before. While hemp was removed from the Controlled Substances Act in 2018, the cultivation of cannabis’ non-psychoactive cousin dramatically increased in 2019, marking a major shift in hemp’s prominence in the national agriculture industry. More specifically, over 16,000 state licenses have been issued to farmers in the United States to cultivate a total of 511,442 acres of hemp—an astonishing 455% increase from last year’s numbers.

This expansion of industrial hemp cultivation in the United States is an exciting progression for a plant that is recognized by many as one of the most versatile crops on the market. Hemp is also known for providing a more sustainable alternative to current products and materials that have had widespread damaging environmental effects. Hemp-based plastic, for example, could now replace the more insidious fossil-fuel-based version that most consumers are familiar with.