If you want to see something truly adorable, it doesn’t get much more precious than watching a guy get high with his grandma. Check it out here! 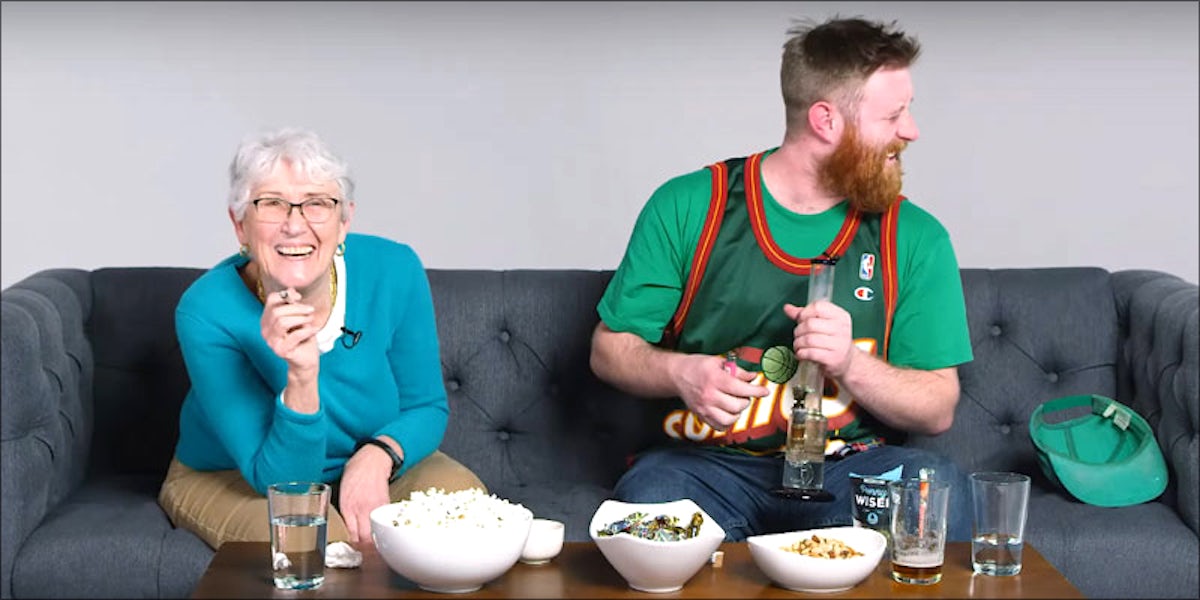 You’ve seen priests and rabbis having a session. And, no one can forget the cute old ladies that shared hits from a bong. But if you want to see something truly adorable, it doesn’t get much more precious than watching a grandson get high with his grandma.

Cool grandma and grandson smoke weed for the first time

It’s 2017, and getting high is becoming more and more acceptable. For this reason, everyone is giving cannabis a try, even grandmas.

It’s not often that one gets the pleasure of smoking weed with their granny. But during the clip by Cut Video, you’ll get to witness a dude named Andrew getting high with his grandma Helen for the very first time.

They don’t stick to one instrument either. In fact, Helen and Andrew share both a bong and a joint.

Of course, cool grandma has no idea what to think of the bong at first, so she starts off with a joint. Eventually, she decides to take a rip.

Watching these two get high isn’t the only thing you’ll fall in love with, though. Their conversations are twice as entertaining, especially when grandma claims she’s going to watch a dirty movie when she gets home.

Believe it or not, Helen appears to be more of a pro than Andrew at toking on the ganja. Towards the end of the video, Andrew is obviously high. Meanwhile, grannie seems as though she could handle a few more puffs. It’s epic, to say the least.

Enjoy the latest and greatest from Herb, enter your email below to get exciting cannabis updates delivered to your inbox.
April 07, 2017 — Last Updated November 29, 2019
Written by Brittney Sanger