In Case You Don’t Know, Here’s How To Use A Bong

For beginner smokers, bongs can seem a little intimidating. If you’ve been wondering how to smoke a bong, we’ve got you covered. 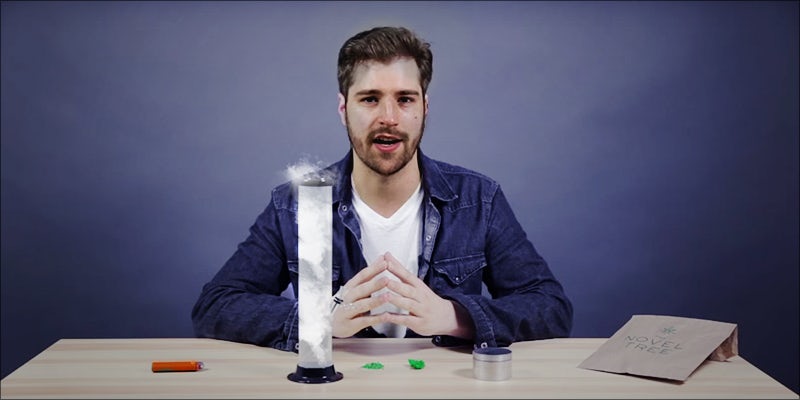 For beginner smokers, bongs can seem a little intimidating. Between knowing how hard to suck, when to stop sucking and when to pull the slide, there are quite a few steps to the bong-smoking process. Many argue that bongs offer a superior high, so it’s worth taking a few moments to learn how to properly use one. If you’ve been wanting to use a bong, but felt like a dunce asking for help, we’ve got you covered. This quick video will have you taking massive bong rips in no time.

There are many reasons to use a bong. If pulled correctly, the smoke is less harsh and cooler than smoking a joint or bowl. To begin, ensure the cannabis is ground fine and pack the stem-piece bowl. A grinder is a great tool to use for breaking up cannabis.

The finer the better, easier to burn.

Landers also points out the importance of ensuring water is at the correct level in the bong. The stem, the tube that enters the bong and houses the bowl piece, should be fully submerged in the liquid, but not rising above that piece.

Landers suggests using one to one and a half inches of cool H2O. Too much water can result in users ingesting it during inhalation. Just an additional FYI, avoid ingesting bong water at all cost – it’s absolutely disgusting.

Time to smoke that bong

After packing the bowl piece full of cannabis, there’s only one thing left to do: smoke!

Place your mouth on the open end, creating the best seal possible to get ample suction. As you light the cannabis, begin sucking. Watch as smoke starts to fill the tube.

It can be difficult not to overindulge during the inhalation process, resulting in massive rips that leave unsuspecting users hacking up a lung. Take it slow, watch the tube fill with the milky-white smoke, and stop before the smoke becomes too thick.

When you’re ready to fully ingest the hit, or “clear” the bong, remove the bowl piece and suck up the smoke. Removing the bowl breaks the seal and permits fresh, clean air to flow through the bong, allowing the cannabis smoke to easily infiltrate your lungs.

Sometimes you don’t clear it on the first time. No worries, just do it again.

Get 20% off premium weed and discover the latest products, news, and deals in cannabis.
September 02, 2016 — Last Updated December 20, 2019
Written by Dee Giznik