Roger Goodell’s NFL is scrambling like Michael Vick during his Atlanta years. Will cannabis make a sanctioned appearance this season? 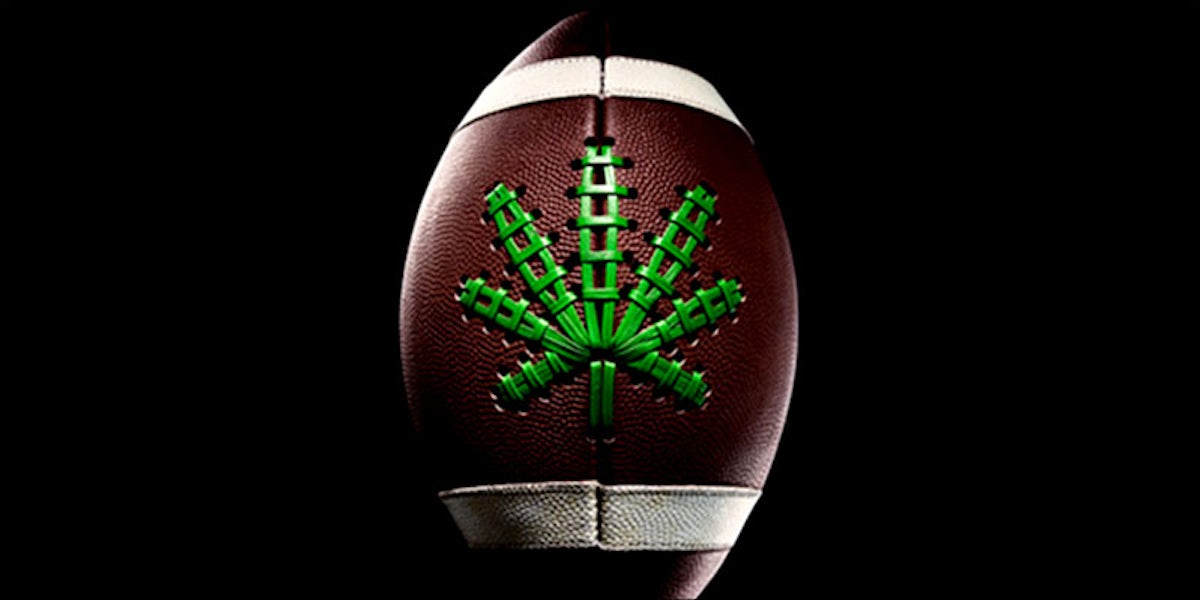 The last few NFL seasons began with heated discussions around the league’s unwillingness to allow its players to use cannabis. As we get ready for the 2017 NFL season, the conversation (about marijuana) is much the same. The talking heads on ESPN speculate about league commissioner Roger Goodell’s, willingness to allow players to use cannabis. The circular conversation is dizzying on a good day.

Roger Goodell recently appeared on ESPN’s “Mike and Mike” radio show to discuss his and the league’s position on marijuana use. Guess what – Goodell still thinks he knows the “truth” about cannabis.

I think you still have to look at a lot of aspects of marijuana use. Is it something that can be negative to the health of our players?

Listen, you’re ingesting smoke, so that’s not usually a very positive thing that people would say. It does have addictive nature.

There are a lot of compounds in marijuana that may not be healthy for the players long-term. All of those things have to be considered.

Apparently, Goodell is still under the impression that cannabis users refrain from consuming the little green flowers without combustion. Have you heard of edibles Mr. Goodell? Sure, smoking it could probably cause some complications, but much less severe than the potential side effects of prescription medicines, right?

Should we even pay heed to his claim that cannabis is addictive? Let’s touch on it for a second. Research suggests that marijuana is not chemically addictive. Click the link to that research, so we don’t have to waste time on this ridiculous claim.

Goodell maintains that the long-term effects of marijuana use have not been established. He eludes to medical research and medical professional’s advice, but we all know better. People have been using marijuana for a variety of reasons for centuries.

Statistically, you have a better chance of dying or having medical complications from long-term alcohol use than you do of having any complications from marijuana. Players are allowed to drink all the Budweiser they want – just saying.

Players are encouraged to gulp down a buffet of prescription medications during their pre and post game routines. We do know the long-term effects of using Oxycontin and Adderall, and yet all you need is a prescription to “legally” consume these pills in the NFL.

These prescriptions are written permissions to destroy your body in the name of game day glory.

If a player determines that cannabis is an effective substitute for these prescriptions, then it must be working. Simply, Goodell didn’t enter into the player’s decision-making matrix until they were signed by an NFL team.

So, why should he influence their decisions after they are signed? Did he encourage them to “just say no” while they were training to become an NFL player? No. The players make decisions that are in their best interest. They are professionals.

We look at it from a medical standpoint. So if people feel that it has a medical benefit, the medical advisers have to tell you that.

We have joint advisers, we also have independent advisers, both the NFLPA (Players Association) and the NFL, and we’ll sit down and talk about that. To date, they haven’t said this is a change we think you should make that’s in the best interests of the health and safety of our players. – Goodell

They haven’t said this is a change we think you should make. Thanks, medical professionals. Please let us know when you think cannabis has enough validity as a medicine. We are dying to heal.

Enjoy the latest and greatest from Herb, enter your email below to get exciting cannabis updates delivered to your inbox.
May 02, 2017 — Last Updated December 04, 2019
Written by Lane Tr