Now Reading:Legalization | The Most Dangerous Countries to Smoke Weed in the World 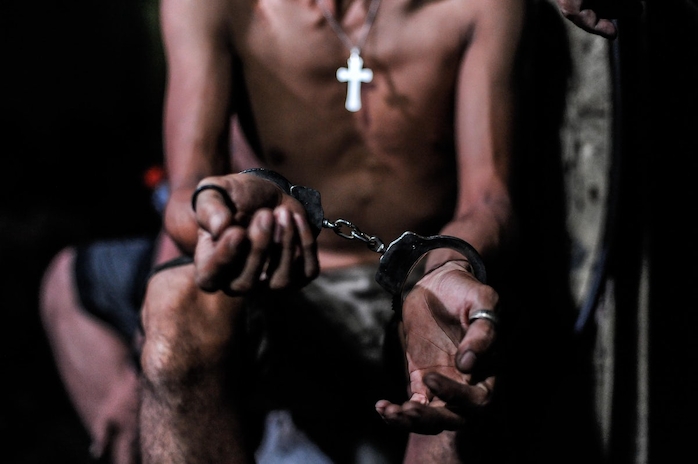 MANILA, PHILIPPINES – JUNE 16: A suspected drug user is handcuffed during a night time raid on a drug den on June 16, 2016 in Manila, Philippines. The president-elect of the Philippines, Rodrigo Duterte, declared a war on crime and drugs after sweeping an election on May 9 and has been living up to his nickname, “the punisher”. Based on local reports, there has been at least 59 drug-related deaths since the election and hundreds of drug suspects arrested over one month as Duterte reassured police on his full support if they killed criminals who resisted with violence. (Photo by Dondi Tawatao/Getty Images)

The Most Dangerous Countries to Smoke Weed in the World

Travelers have gotten years in prison for crumbs of marijuana at the bottom of their luggage or stuck to their clothing.

If you’re a daily marijuana user, it can be jarring to travel to a country where weed is not only scarce but wildly illegal. In some countries, the simple possession of marijuana can earn you prison time, and growing the plant can mean an immediate death penalty. If you’re a traveler, it’s important to familiarize yourself with global weed laws, as local authorities are unlikely to take sympathy on you just because you’re a foreigner.

Interestingly, many of the countries with the harshest marijuana laws are in Asia. Visions of a carefree Thailand vacation with endless supplies of cheap drugs by turquoise waters may leave you ill-prepared to travel to countries like Japan and Singapore.

If you’re looking to do some international travel, but ending up in a Malaysian prison isn’t on your bucket list, take a look at these five most dangerous countries to smoke weed.

First-time marijuana offenders get off relatively easy in the Philippines compared to frequent offenders. The first time you’re caught with weed in the country, you can be sentenced to a six-month rehab term. The next time, however, will likely put you in jail. Sentences for second-time offenders can be anywhere from six to 12 years behind bars. Marijuana farmers also face extreme, immediate convictions that can range from a life sentence to the death penalty. Thanks to the Dangerous Drugs Act of 2002, the Philippines is one of the least weed-user friendly countries in the world. 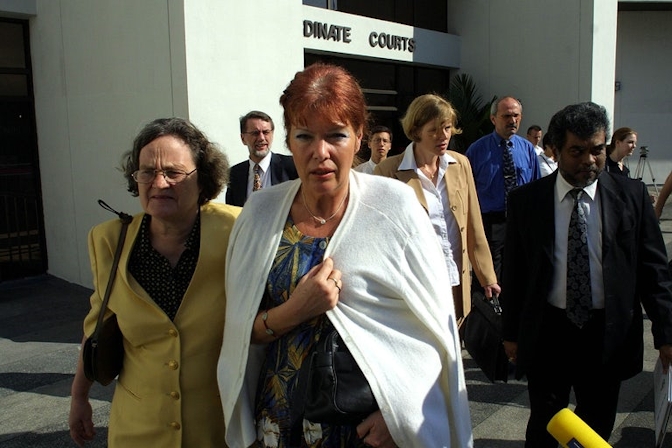 Suzanne Bohl, mother of 23-year-old German Julia Bohl, leaves court after hearing that her daughter was not going to face the death penalty on March 28, 2002. Julia Bohl was initially charged with trafficking 687 grams (24.23 Ounces) of marijuana, an amount for which the death sentence is mandatory. (Photo By Getty Images)

With the city’s impressive architecture, booming commerce sector and clean streets, arriving in Singapore can feel like you’ve stepped into the future. But in this future, smoking a joint can land you in prison for up to 10 years with a potential $20,000 fine. The Misuse of Drugs Act extends a jaw-dropping federal overreach for addressing drug offenders. If you’re caught with as little as 15 grams, you will be legally presumed as someone with intent of drug trafficking and sentenced accordingly. If you’re caught with a pound of weed, you’ll get the mandatory death sentence.

The UAE is well known for its draconian mandatory sentencing for possession of marijuana. Even the tiniest crumbs of marijuana could put you behind bars for four years. In one case, according to the BBC, a British tourist was sentenced to this four year term after customs agents found 0.003g of cannabis stuck to his shoe. Most cannabis users are careful to clean out their backpacks and pockets before boarding a plane, but the UAE’s marijuana laws are enough to discourage travel to the country altogether.

If you’re interested in visiting South Korea, it might be wise to take a month-long separation from marijuana before boarding the plane. If authorities catch you with traces of marijuana in your bloodstream, via urine or hair tests, this could be grounds to put you behind bars for a few months. The country’s marijuana laws keep a short leash on South Korean citizens, who can be imprisoned even for smoking marijuana outside of the country. ROK officers are reportedly allowed to stop and drug test anyone at any time. Now that’s terrifying. Oddly enough, the country still cultivates the plant for hemp products. 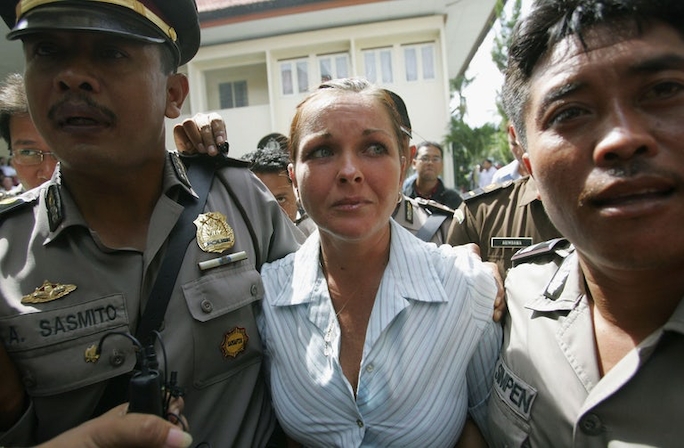 DENPASAR, INDONESIA – APRIL 21: Australian Schapelle Corby is escorted by Indonesian Police into a Denpasar courtroom to hear the prosecutor’s sentence demands on April 21, 2005 on the resort island of Bali, Indonesia. The 27-year-old former Gold Coast beauty student has been charged over allegedly carrying 4.1 kilograms (9 lb) of marijuana into Bali airport last year in her luggage. She has denied the allegations. (Photo by Dimas Ardian/Getty Images)

Indonesia is another country where marijuana is strictly illegal across the board. Getting caught with a joint can put you behind bars for four years. Trafficking marijuana, whether it’s an intentional operation or a “forgot my weed in my backpack” situation, can earn you between five and fifteen years in jail. The country’s strict laws have encouraged some to launch grassroots campaigns against harsh marijuana penalties. Until Indonesia takes measures to scale back its draconian marijuana laws, it’s best to do a thorough sweep of your possessions before entering the country.