Texas saw two threatening instances this past week, a powerful storm and the eerie appearance of Halloween's Michael Myers. 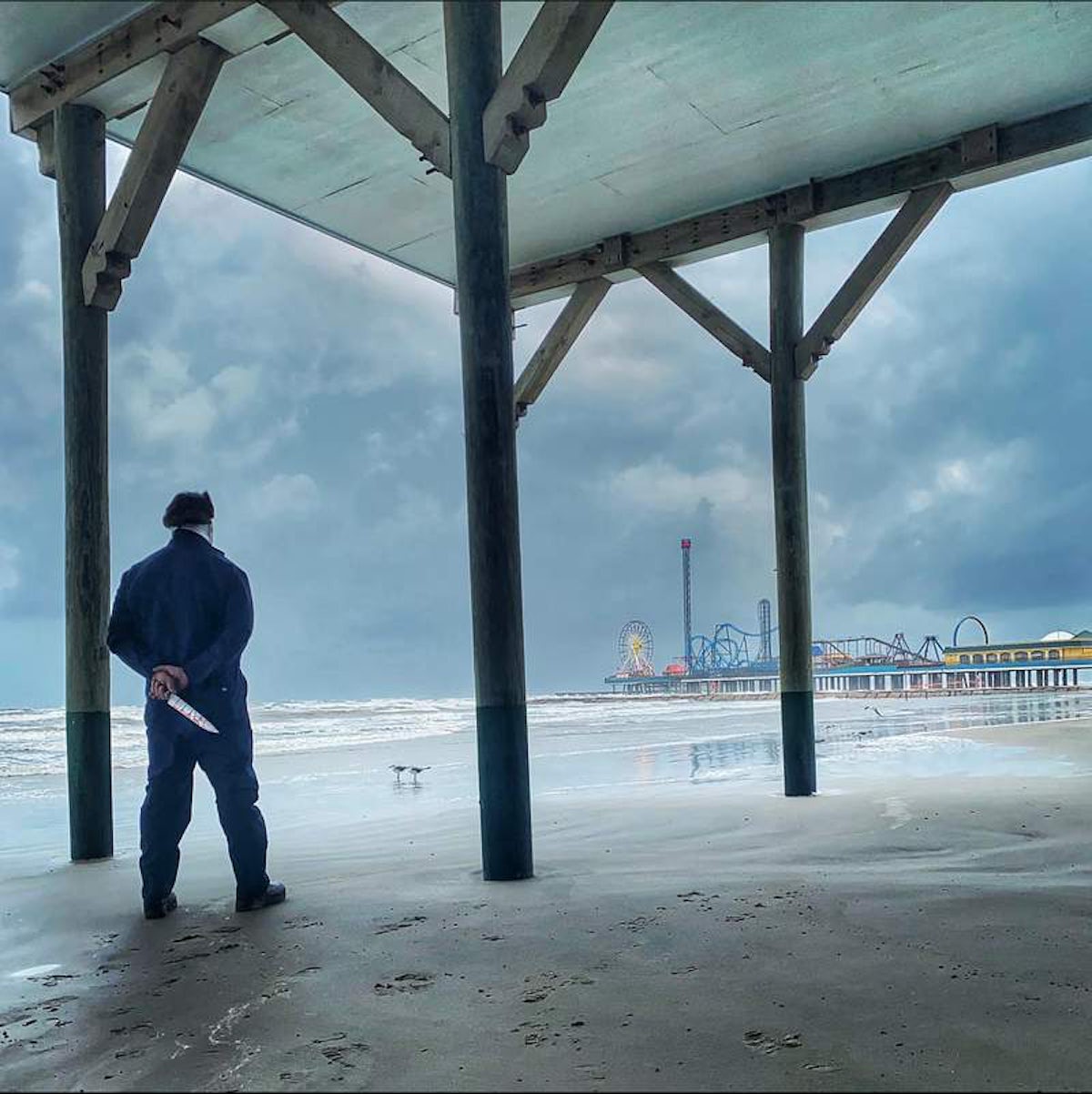 On Monday, a Galveston, Texas lawyer was cited by authorities for disorderly conduct after roaming the beach dressed as Halloween’s mass murderer Michael Myers and giving passers-by quite the scare.

Galveston Police Department spokesperson Sgt. Stacy Papillion informed the Galveston Daily News that officers responded to a 911 call about a man walking along the shore, carrying what seems to be a bloody knife. After placing the man in handcuffs, officers later realized that the blood was fake.

According to Houston station KTRK, officers identified the man as attorney Mark Metzger III, who was ticketed for disorderly conduct and later released. A resident in the area, Adam Garrison, expressed his distaste to the station and said that the guy doing the “stupid” prank was probably competing for attention against the powerful storm on the Texas coast. In the end, he admitted to getting a laugh out of the stunt.

In another interview with KTRK and Metzger himself, he told the station that he was trying to bring “a little bit of positivity in the gloomy doom,” and followed by saying that a few people asked him for photos along his stroll as Myers. The Beach Patrol even played the “Halloween” theme song when they noticed him.

Later in the interview, Metzger opened up about his experience being handcuffed for a minor inconvenience. “It felt like a scene out of ‘Scooby-Doo’ after they handcuffed me and pulled the mask off, like, I would have gotten away with it if wasn’t for those meddling Karens, you know?” He also expressed his lingering confusion for “what exactly was illegal” about the playful stroll.