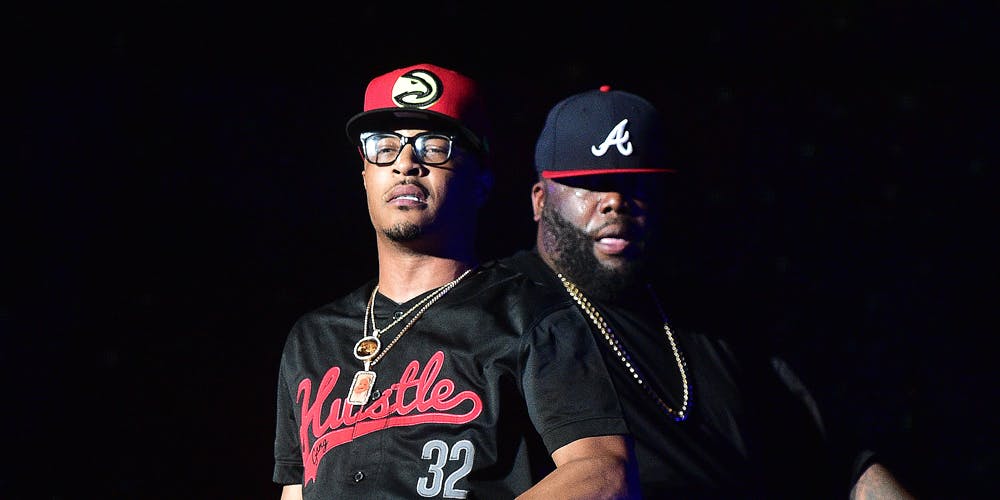 Keisha Lance Bottoms took the reins of the Atlanta mayor’s office less than 20 days ago, and her administration is already showing a ton of swagger by appointing two local rap celebrities to her transition team.

T.I. and Killer Mike stumped for her, so it was only fitting that she added the two ATL heroes to her mayoral squad. It’s not clear what their roles on the team will consist of, but it’s clear they will work toward improving things for African-American communities like the one that raised them on the west side of the city.

And it wouldn’t be a stretch if proud smoker Killer Mike, one half of the hit crew Run the Jewels, helped with any moves to push legalization of marijuana in Atlanta and Georgia. Bottoms, a former Atlanta City Council member, worked on a bill that decriminalized the possession of small amounts of weed in the city limits. In October, the council approved a measure that lessened a weed fine from $1,000 to $75, and decriminalized possession of less than an ounce of weed.

The new mayor solidifies herself as a woman-of-the-people by adding Clifford “T.I.” Harris, Jr. and Michael “Killer Mike” Render (as their officially referred to on the city’s website) to the 38-person mayoral transition team that was announced this month. With some stunning longevity by rap standards, T.I. and Mike are arguably two of the most high-profile ATL rappers out there.

Both rappers, over the years, have positioned themselves as community stakeholders and have been politically active. Now, they’re rubbing elbows with Atlanta’s business, spiritual and community leaders while pushing for things they feel will bolster the equity of the people living in a rapidly changing in Atlanta.

Bottoms didn’t have to reach too far to get her support from the streets, especially when she decided to back decriminalization. She even made sure to remind people that the marijuana law only applied to the city and that college, university and state police weren’t a part of the changes.

Georgia has recently seen marijuana policy change on the state level as well. Last year, a bill was passed that increased conditions for medical marijuana use. Still, the state has a long way to go. Despite the legalization of cannabis in Georgia, medical patients still have nowhere to buy it.