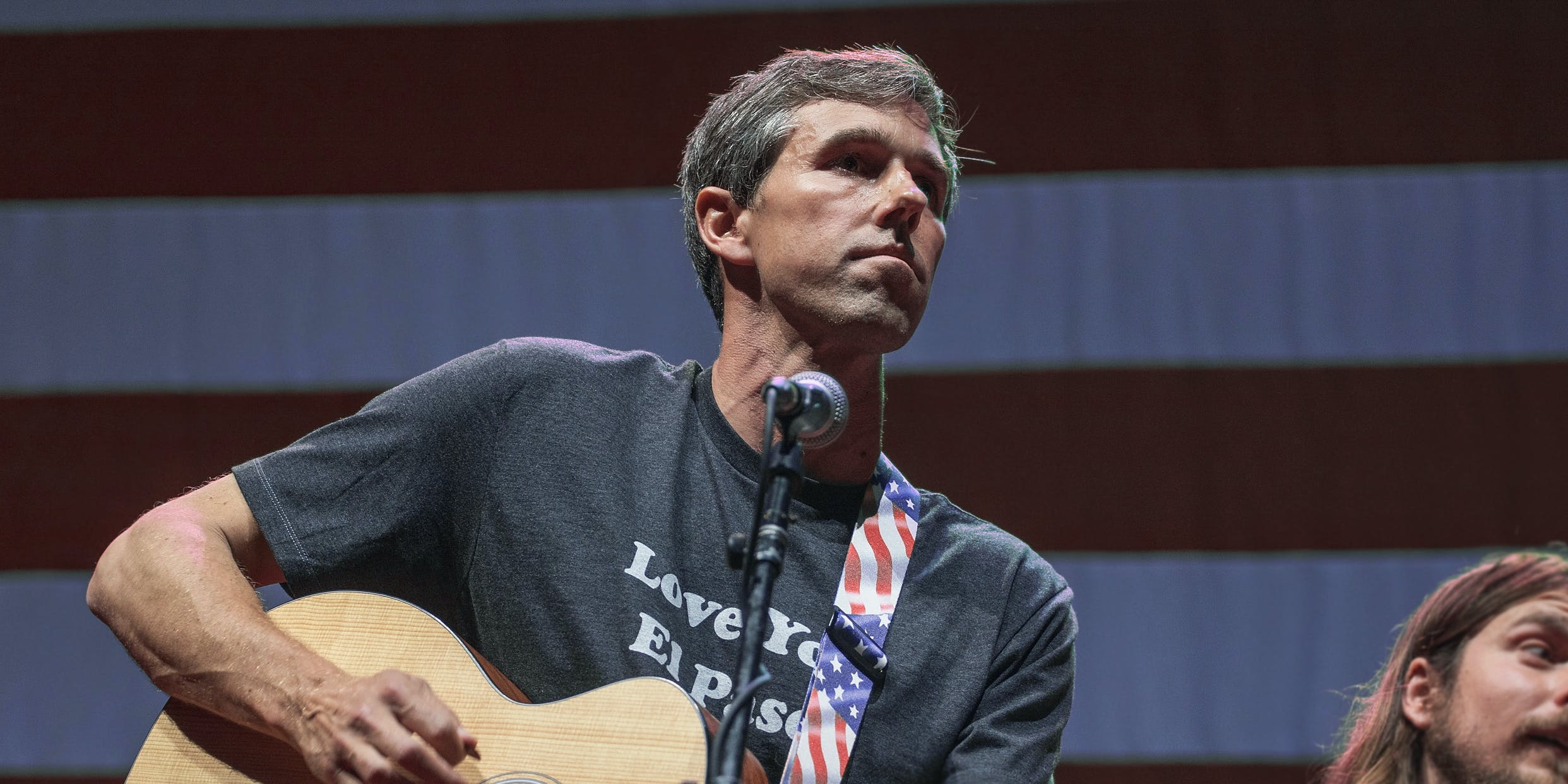 The Texas representative is running on a platform of cannabis legalization to unseat Senator Ted Cruz.

When it comes to cannabis, U.S. Representative Beto O’Rourke, who is currently running to unseat Sen. Ted Cruz, ain’t messing around. On Independence Day, O’Rourke, who has put cannabis legalization at the forefront of his campaign, joined famous cannabis lover Willie Nelson at his annual Austin 4th of July event, “Willie’s Picnic.” They performed “Roll Me Up and Smoke Me When I Die,” The Dallas Daily News reported. That famous weed ballad was followed by the similarly pot-themed “It’s All Going to Pot.”

While it might sound strange for a senatorial candidate to play music with Willie Nelson, O’Rourke is no stranger to performing on stage. The former punk rocker played in a Texas band called Foss in the early 90s, alongside Mars Volta frontman Cedrix Bixler-Zavala.

Before singing alongside Nelson, O’Rourke gave a speech to kick off the picnic’s fireworks display in which he spoke strongly on immigration. Citing the safety of his hometown, El Paso, he said the city was safe “not in spite of the fact that we are immigrants from the world over, but in large part because people chose to come to this country. They crossed Mexico, they arrived here at our front door in the United States, and they are part of this American story.”

Nelson has tackled the same issue, using his wife’s Twitter account to say to President Donald Trump, “Let’s go down to a border detention center together to better understand what’s happening down there?! Let’s talk!”

Sen. Cruz, of course, was none too thrilled with the stoney collaboration, tweeting a jab at O’Rourke based on Toby Keith and Scott Emerick’s infamous track “Weed With Willie.”

Hell, who can blame them? Not everyone gets the chance to blaze with one of cannabis’ living legends. Or to jam with him, for that matter.