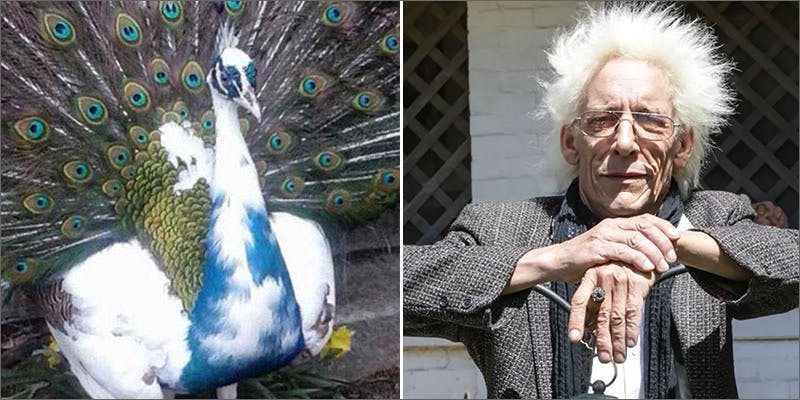 The peacock that belonged to the Bill Levin, the founder of the First Church of Cannabis, has been murdered in bizarre circumstances.

The peacock that belonged to the Bill Levin, the founder of the First Church of Cannabis, has been murdered in bizarre circumstances.

The self-titled Grand Poobah of the First Church of Cannabis, Bill Levin, is mourning the death of his pet peacock, Bert, who was murdered. The peacock was found by Levin’s roommate, who discovered the body of Bert in an alley behind their home on the northeast side of Indiana.

The bird appears to have died suffered serious blunt force trauma. During the killing, someone allegedly plucked all of Bert’s feathers out, then left its body outside the property. Of course, the killing was devastating for Levin, who is still reeling from the loss of his “best friend of 12 years.”

The neighborhood reported it was a dog attack. I went down, I examined, and it was clearly a human attack. There were no puncture wounds, no blood. Somebody captured my bird, held him by his tail feathers, smacked him on the ground and pulled all his tail feathers out. He crawled under another bush and died – and that’s how I found him.

Unfortunately, the peacock isn’t the only one of Levin’s animals to die under suspicious circumstances, as one of his goats, Daisy, died earlier in the year after being seen healthy just hours before. Even now, Levin believes she was poisoned.