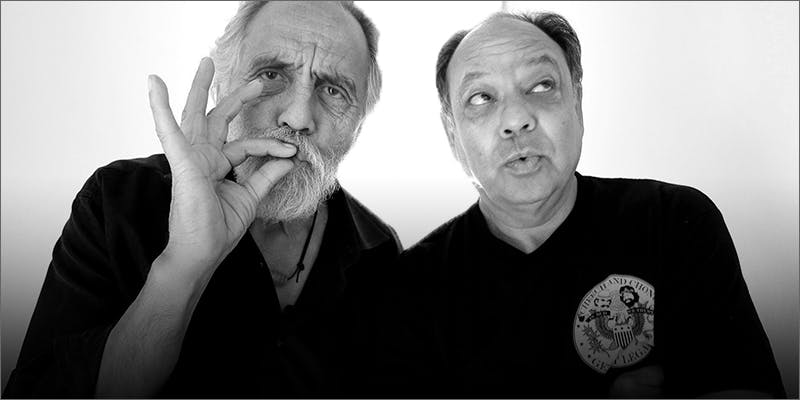 Cheech and Chong do the peaceful-stoner-vibe some justice on their quick segment debate on medicinal marijuana in this video Bill O’Reilly.

‘Boredom is a disease’ and quite possibly as contagious as Bill O’Reilly’s ignorant and misinformed views on the medical marijuana movement.

Ever since the mass legalization movement for medical cannabis began to pick up steam in these good old United States, there have been advocates for both sides. There are those in favor of medicinal cannabis who have given us a mass amount of scientific evidence, research and personal experiences.

These are the supporters who have also taken to the polls, given their vote and stood on the front line in the ‘War on drugs’. On the other end of the spectrum, we have the anti-cannabis parties; individuals and groups of people LARGELY misled and misinformed on the entire situation.

And somewhere in between these two groups of people taking interest and part in a national issue, there is Bill O’Reilly; a media personality more famous for his big mouth than his wide range of ”knowledge”. Who knows what really happens in those news studios and why some of these people are still on payroll, but they are.

Chill Bill, the kids are OK!

Thankfully, we have the relaxing vibes provided by the cannabis plant. Cheech and Chong do the peaceful-stoner-vibe some justice on their quick segment debate on medicinal marijuana with Bill O’Reilly. This short but sweet video captures the essence of the two debating sides; those who are knowledgeable advocates, with ‘hands on experience’ in the field, and those who can only find reason in a statement like: Marijuana is a drug like alcohol.

How reasonable and factual do you think Bill O’Reilly’s opinion on the matter is? Do you agree or disagree with his views, or those of Cheech and Chong? Have your say, join the discussion in the comments below or follow us on social media for more news on the debate.