Now Reading:culture | Ordering “Extra Crispy” Fries At This Burger King Got You A Side Of Weed 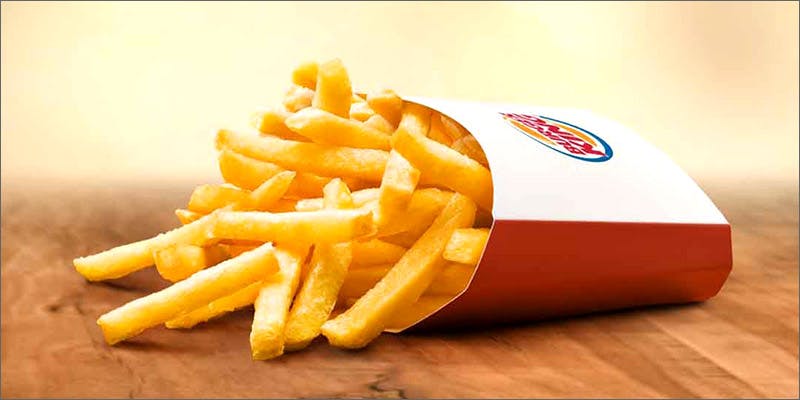 Ordering a side of “extra crispy” fries has a whole other meaning at one particular Drive-Thru at a Burger King in New Hampshire.

Ordering “extra crispy” fries has a whole other meaning at one particular Burger King in New Hampshire. Rather than giving customers an order of fries, they gave them weed instead. Indeed, two workers were using the fast food joint’s drive-thru to sell ganja, using “extra crispy” as a code word. However, after receiving a tip, Epping police put the two employees under arrest.

Burger King employees arrested for selling weed at the drive-thru

Imagine being able to pick up a bag of weed and your favorite meal at your local fast food joint. As it turns out, two employees at a New Hampshire Burger King thought the idea was rather smart.

In fact, a worker and a shift manager began using the drive-thru to sell customers weed. By asking for an order of “extra crispy” fries, customers were able to pick up their special treat.

Of course, such a deal didn’t go unnoticed. Eventually, Epping police received a tip and put Garrett Norris and Meagan Dearborn under arrest, according to Cheif Mike Wallace,

We obtained enough evidence that pointed to the employee, Norris, was selling marijuana though the drive-through. It was substantiated with the with sting operation. We went in later that evening and arrested him and the shift manager.

Wallace also says that buyers had to ask for “Nasty Boy” upon arriving at the Burger King. Once customers knew he was working, they would then order “extra crispy” fries and exchange money at the drive-thru.

Rather than selling the weed with the food, it went into its own container. However, the operation only involved the two employees and not the franchise owners.