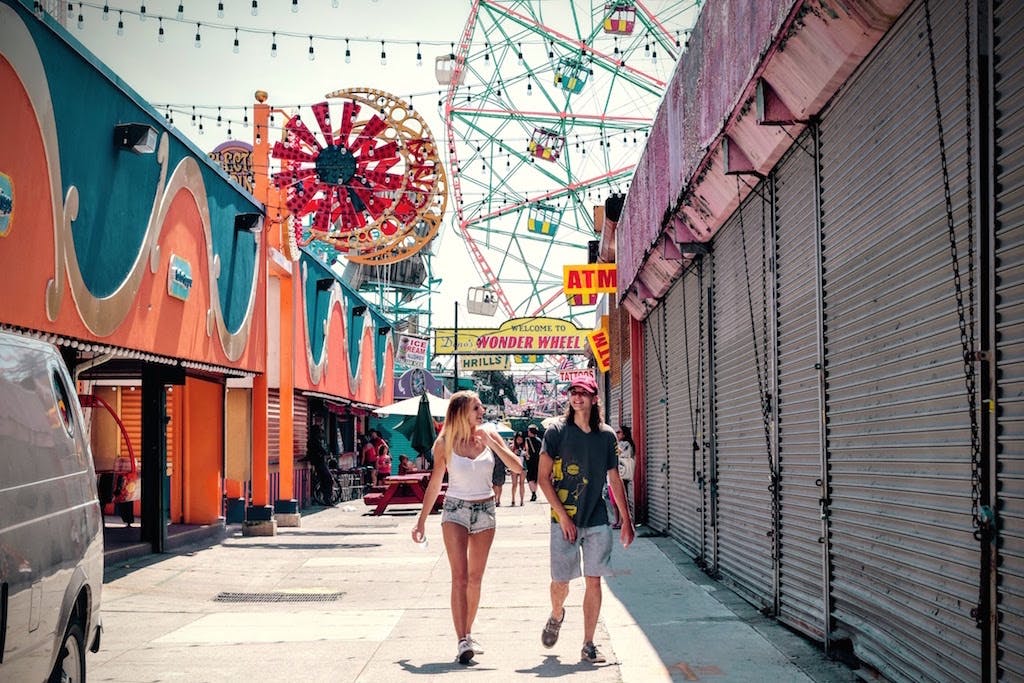 According to a new bill regulating cannabis on county fairgrounds, your ride on the Ferris Wheel or The Gravitron is about to get a lot more interesting.

There are plenty of reasons to be drawn to the temporary neon of a county fair. The sounds of popcorn popping in rhythm with the bells and whistles of park rides. Vendors calling the crowds to “step right up” and take a shot at winning oversized stuffed animals soon to become your dog’s favorite chew toy. And now, artisan edibles and dense buds. According to a new bill passed to regulate the legal cannabis market in California, your ride on the Ferris Wheel or The Gravitron is about to get a lot more interesting.

Senate Bill 94 is the result of months of negotiations between the cannabis industry and lawmakers to figure out how the recreational market will operate by the time the state begins to issue licenses on January 1, 2018. The result has been a regulatory scheme that governs everything from seeds to sales. Now it could allow for weed to be sold at your local county fair.

The section of the bill which leaves open the possibility of cannabis sales at county fairs outlines that regulations will: “not prohibit the issuance of a state temporary event license to a licensee authorizing on-site cannabis sales to, and consumption by, persons 21 years of age or older at a county fair or district agricultural association event.”

Imagine getting high on county fair cannabis and then spinning 24 RPM in The Gravitron.

The bill was passed by both houses of the state’s legislature and signed by Governor Jerry Brown this summer. As part of the new regulations, business will only be allowed to apply for a license for fairs that are held on state-owned property. Unfortunately, those aren’t the only restrictions.

According to Proposition 64, the ballot measure which legalized recreational marijuana in November, the regulations might come with a laundry list of roadblocks. For one thing, people under the age of 21 will not be able to purchase the product – as per usual with alcohol sales. It also stipulates that Marijuana cannot be consumed in public places, but the temporary license status might allow for a workaround.

The most troubling of regulations is one which has caused issues already in Colorado for businesses looking to open cannabis cafes. It states that alcohol and cannabis cannot be sold at the same establishment which raises the question of whether the fairgrounds will have to choose between the two or if that choice falls to individual vendors.

The news has made some growers and businesses excited for the future and the possibility of hosting events. Hezekiah Allen, of the California Growers Association, told CBS San Francisco that he’s eager to see what comes of the regulations and is certain that businesses will follow the rules.

“The business that’s applying for it will have to meet every regulation and every requirement of the entire regulatory framework,” Allen says.

But not everyone is open to welcoming cannabis onto their fairgrounds. Some organizations in the conservative county of Fresno indicated that they would want nothing to do with cannabis vendors at their events.

In San Diego, this September, officials at Del Mar Fairgrounds canceled what would have been the city’s largest cannabis event. The District Agricultural Association (DAA) has stated that the cancellation was the result of fear of incurring the wrath of the federal government. In a statement, the DAA said that they had canceled the event because they were uncertain of the regulations around it.

The Goodlife Festival was expected to bring more than 5,000 fairgoers to an event that would feature cannabis education opportunities while medical cannabis card holders could bring their own medicine to consume on the grounds. So while Proposition 64 opens the door to a new county-fair attraction that is sure to leave customers smiling, the federal government is still intent on raining on the parade; or in this case the fair.