Chris Christie doesn’t seem concerned with little things like facts. But in reality, opioid use has gone down by as much as 25% in medical marijuana states. 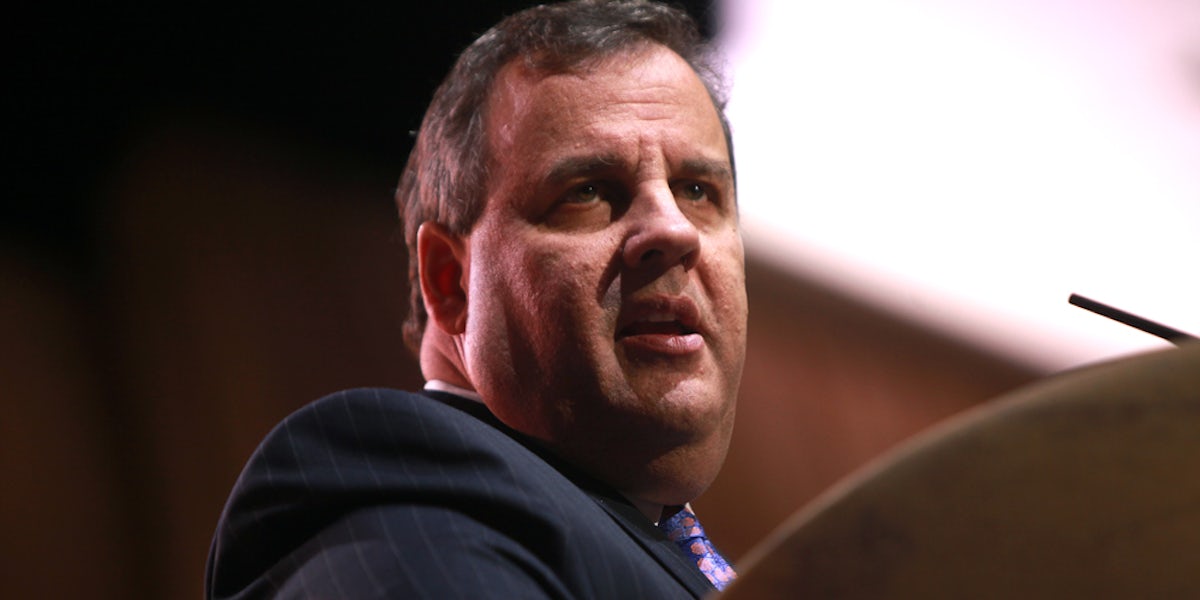 It’s not as if we need another reason to hate New Jersey Governor Chris Christie. But now we have a big one.

Christie, who heads the Trump Administration’s commission on opioids, warned of the supposed “dangers” of cannabis in a letter to the President earlier this month about the panel’s findings, reports CNN. According to Christie,  the current popularity of marijuana legalization could make the opioid epidemic even worse.

Never mind that science shows the exact opposite. Christie doesn’t seem overly concerned with piddling little things like facts. But meanwhile, back in reality, opioid use has gone down by as much as 25 percent in medical marijuana states, and opioid deaths have noticeably dropped, according to multiple studies.

“There is a lack of sophisticated outcome data on dose, potency and abuse potential for marijuana,” Christie wrote in the letter, which was included in the commission’s final report. “This mirrors the lack of data in the 1990s and early 2000s when opioid prescribing multiplied across health care settings and led to the current epidemic of abuse, misuse and addiction.”

“The Commission urges that the same mistake is not made with the uninformed rush to put another drug legally on the market in the midst of an overdose epidemic,” Christie wrote.

Ben Carson, the borderline whack job former GOP presidential candidate, is now Housing and Urban Development (HUD) secretary. Carson has long been known for his outlandish and often nonsensical statements, and he took it even farther during the final commission meeting.

Remember those silly 1980s ads that showed a frying egg?  Carson spoke nostalgically about the Reagan-era “This is your brain on drugs” ad campaign, with its infamous and ineffective fried egg imagery.

“It frequently starts with something as seemingly innocent as marijuana,” said Carson, who was one of several officials who spoke at the meeting.

But many experts said the opioid commission’s seeming fixation on cannabis is bizarre and troubling, supporting outdated and disproven views of cannabis as a gateway drug. These experts say it’s no time to return to 20th Century fears and superstitions about marijuana.

While the experts emphasize that they support efforts to curb the opioid epidemic, they point out that the irrational demonization of cannabis isn’t helpful toward that goal.

“I was surprised to see negative language about marijuana in the opioid report,” said professor of medicine Dr. Chinazo Cunningham at the Albert Einstein College of Medicine. “Research that examines pain and marijuana shows that marijuana use significantly reduces pain. In addition, the majority of studies examining marijuana and opioids show that marijuana use is associated with less opioid use and less opioid-related deaths.

Dr. Cunningham took particular exception to one claim in Christie’s letter. The outgoing governor claimed research conducted by the National Institute on Drug Abuse (NIDA) “found that marijuana use led to a 2-1/2 times greater chance that the marijuana user would become an opioid user and abuser.”

“In general, the body of research does not back up this claim,” Dr. Cunningham said. “People are dying every day from opioid overdoses. We must act now. We must offer a broad range of non-opioid strategies to address pain, and we must study these strategies.”

According to Dr. Sanjay Gupta, CNN’s chief medical correspondent, “It is fair to say that the majority of people who use marijuana do not go on to use other substances.”

Shanel Lindsay, who is on the newly appointed Cannabis Advisory Board in Massachusetts, absolutely blasted the opioid commission for its alarmist remarks on cannabis. She took particular umbrage at Gov. Christie for citing the disproven gateway effect of marijuana, which she called “an overly gross simplification of an incredibly complex disease affecting millions of families.”

“To identify cannabis as the singular starting point of any kind of addiction is dangerous, ill-informed, and ignores all the data that links alcohol and prescription drugs abuse to opioid addiction,” said Lindsay, who is founder and president of biotech company Ardent. “If you ask an addict what led them down this road, I’d bet the reasons go well beyond smoking a joint.”

Lindsay said the Trump Administration’s war on weed is headed for failure. “The growing acceptance of marijuana isn’t going anywhere,” she said.

The Schedule I Contretemps

Cannabis remains a Schedule I substance under federal law. That classification from the Drug Enforcement Administration means the federal government officially considers marijuana has a “high potential for abuse,” and no accepted medical uses, both of which are demonstrably false.

Scientists must overcome difficult legal and procedural studies to even study it.

Dr. Cunningham said those restrictions should be changed “so that researchers can adequately study marijuana, and then research can guide policies.”

It’s not particularly surprising that the opioid commission had an anti-cannabis tilt, according to Mitchell Kulick, an attorney who specializes in cannabis legal services. After all, this is the administration that appointed notorious weed-hater Jeff Sessions as attorney general.

But what’s most troubling, Kulick said, is how the commission ignored new research published in the American Journal of Public Health found that cannabis legalization in Colorado led to a decrease in opioid overdose deaths in the state.

The researchers studied the opioid overdose rate in Colorado from 2000 to 2015, and found that after 14 years of a steady rise in opioid overdose deaths, the rate started decreasing by an average 0.7 deaths per month starting in 2014 after marijuana legalization.

Kulick said the commission’s take on cannabis seems more in like with Session’s anti-weed rhetoric rather than current scientific research.

“The positive impact that legalized cannabis is having on the opioid epidemic in states that have robust legal marijuana programs should be further studied before politicians make conclusory allegations that support their preconceived notions and political agendas,” Kulick said.

Get 20% off premium weed and discover the latest products, news, and deals in cannabis.
November 24, 2017 — Last Updated
Written by Steve Elliott