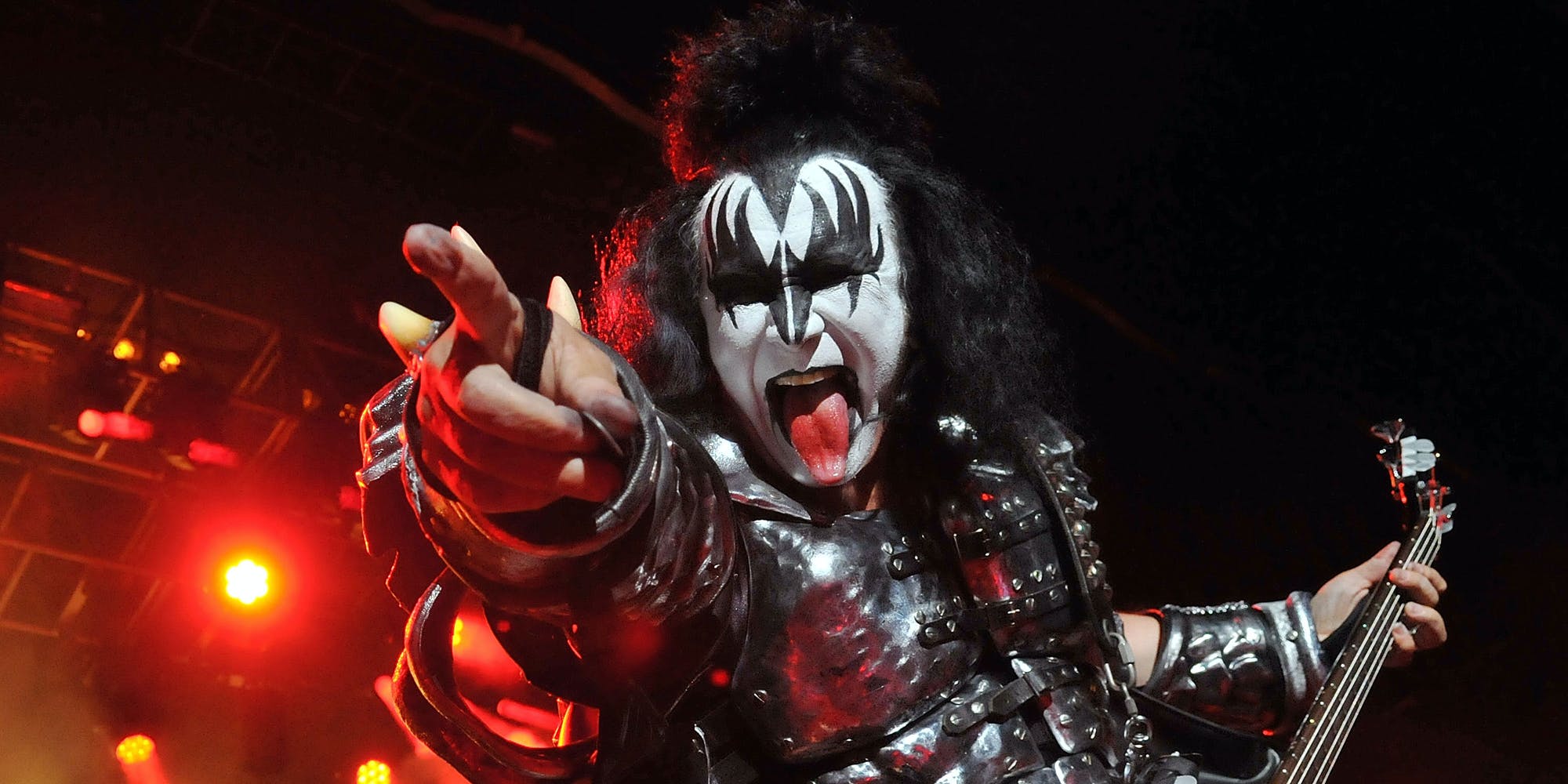 LONDON, ENGLAND – JULY 04: Gene Simmons of US rock group Kiss performs live on stage, for a one-off Independence Day show as a fundraiser for the Help for Heroes charity, at The Kentish Town Forum on July 4, 2012 in London, England. (Photo by Jim Dyson/Getty Images)

He’s getting $2.5 million to become the face of Canadian cannabis company Invictus.

Kiss frontman and outspoken drug warrior Gene Simmons is becoming the latest celebrity to team up with the cannabis industry. He will become the new spokesperson for Canadian cannabis company Invictus MD Strategies Corp.

Whereas other companies have opted for partnerships with cannabis icons like Snoop Dogg and Wiz Khalifa, Invictus’ choice to hire Simmons, as Chief Evangelism Officer, is a bit confusing to those who remember the singer’s long history of opposition to casual drug use.

In a 2015 article for VICE titled My Dad, Gene Simmons, Is Full of Shit and So Are You, Simmons’ son wrote: “He is still, to this day, profoundly anti-drug…he does believe in harsh drug laws, and he has no sympathy for drug addicts.”

But the company believes the rockstar’s marketing prowess will help to build their brand.

“Gene Simmons is a branding and merchandising genius who not only created one of the most iconic bands of all time, but has spent decades building successful brands internationally in various industries,” Dan Kriznic, Chairman and CEO of Invictus, said in a statement.

Simmons recently called Canada’s plan to legalize by the Fall of 2018 “exciting” and played up his partnership with Invictus. He cited Kriznic’s focus on “values and family” as a reason for partnering with the Invictus. This is, oddly, also the reason he’s often given for his opposition to drug use.

Invictus, took a dip in their stock following the announcement, but the company seems quite committed to their new spokesman. Their market ticker now reads simply “GENE.” Simmons’ responsibilities for the company will include being a spokesperson for the media and making public appearances on behalf of the company, which is best known for their fertilizer.

Simmons struct the Invictus deal for $2.5 million and 2,631,141 common shares in the company as well as an international licensing agreement which offers him an additional 3,946,710 shares after January 2, 2019.