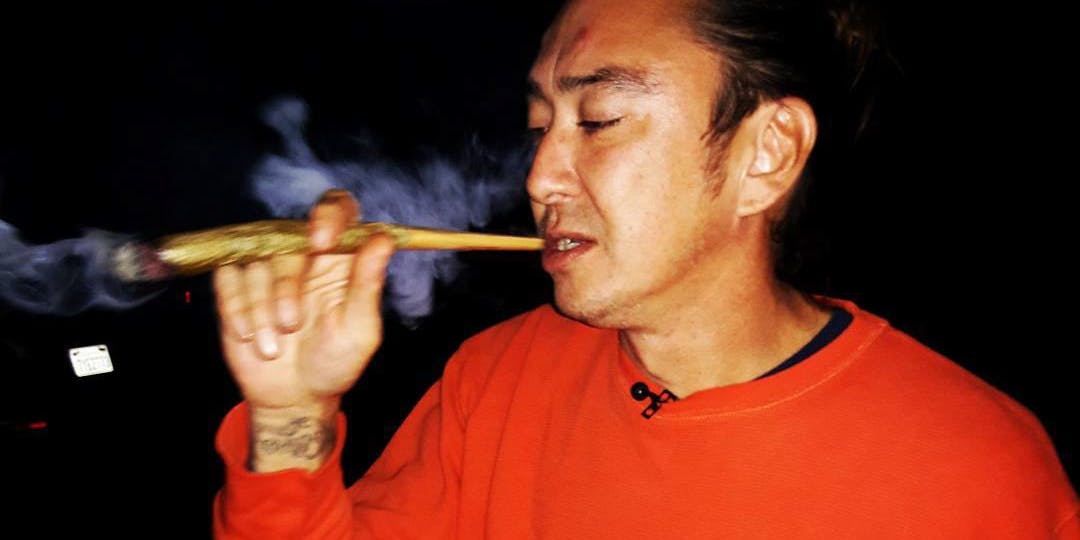 The rapper is achieving a new level of fame as a marijuana grower.

Jackie Chain’s rap stardom may have faded, but he’s achieving a new level of fame as a marijuana grower. He’s an OG in the weed game at this point, having moved from his home of Huntsville, Alabama to LA several years ago.

The half-Korean, half-white rapper established his presence in southern hip-hop around a decade ago. He was part of a slew of rappers getting major attention from rap blogs who scored a major label record deal with Universal Records.

Throughout his career, Chain’s been able to bridge the gap between hip-hop and cannabis culture. It’s a connection that has been a way of life to him, but also a means of making a living.

“You literally can eat off of this whole culture,” he told the Hail Mary Jane podcast about moving to Los Angeles and getting involved in the legal marijuana scene there. He opened up a marijuana clinic after spending some time in LA on tour. It was a natural fit.

“I’ve sold drugs all my life man, and weed’s one of the few drugs where you can become your own plug,” he told Noisey, which was one of the first publications to feature Chain’s cannabis story back in 2016.

A self-proclaimed street hustler, Chain was signed to a major record deal off of the strength of the song “Rollin” and a mixtape. He kept his street connections tight by being consistent with his musical output, releasing a plethora of songs including his mixtape series the Bruce Lean Chronicles.

A co-sign from Wiz Khalifa at the SXSW music festival in Austin nearly 10 years ago is what solidified Jackie Chain’s status as a weed rapper with serious street cred. It was also his relationship with the Pittsburgh cannapreneur that led him to use social media, his main connection to his fanbase now that his mixtape production is off and on.

Nowadays, Chain’s music takes a back seat to his pot empire, and he’s continuing to make his name stand out in the cannabis industry. He’s not only supplying dispensaries with the product that he grows, he’s also perfected his own strain of weed called Jackie Chain OG. The true music fans, however, know how to track him down as he continues to rap and make guest appearances on mixtape tracks.

His most recent mixtape, Jackie Chain on the Run, was released two years ago.

But you can find him rapping on Instagram from time to time. Sometimes posted alongside videos of him spitting bars are photos in his social media feed that show him as a doting father, as a guy done good off the spoils of his marijuana farm. Chain has also recently been touting a weed-themed reality show: “Currently filming a reality show ‘Croptober’ coming soon!” reads his Instagram page.

The details of the reality show are few, but one thing is for sure, Chain has the personality to pull it off. He’s not just a rapper, but a hustler who can sell just about anything.