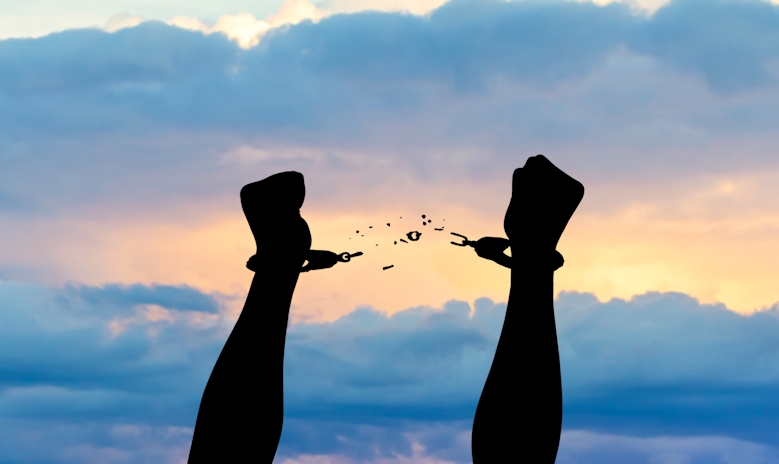 Silhouette of hands in handcuffs with sunset background

A 37 year old Illinois man with stage three testicular cancer, just had his prison sentence commuted by Governor J.B. Pritzker, and he may not be the only one.

Thomas Franzen, a 37 year old Illinois man with stage three testicular cancer, just had his prison sentence commuted by Governor J.B. Pritzker, and he may not be the only one. Pritzker has stated that he plans to release several low-level offenders to reduce prison populations during the time of Coronavirus.

Since highschool, Thomas Franzen has fought against various forms of cancer. Like many other cancer patients, Franzen used cannabis as medicine to assist in his battle against the deadly disease.

In 2014 a postal worker, who had become suspicious of Franzen’s pattern of deliveries, obtained a search warrant and opened a package addressed to Franzen that contained 42 pounds of THC infused chocolate. Because authorities base edible charges on the total weight of the food, and not weight of the cannabis itself, Thomas was charged with drug conspiracy and cannabis trafficking of more than 5,000 grams. A charge of that magnitude carried a sentence of 12-60 years in prison.

In May of 2019, Franzen pleaded guilty to a lesser charge of possession of more than 5,000 grams of cannabis, and was sentenced to 4 years in prison. The guilty plea was issued only one day before Illinois voted to legalize cannabis for recreational use. The vote for legalization was accompanied by 11,017 pardons for marijuana convictions of 30 grams or less—a much smaller amount than the 5,000 grams Franzen was convicted for.

At least one person in Statesville prison has tested positive for Covid-19, which has caused the Governor to consider releasing several non-violent offenders in an effort to lower the population of the state’s overcrowded prisons. Franzen’s lawyer petitioned the governor directly asking him to commute the sentence on the grounds that the prison was not equipped to properly treat his client’s stage three cancer. Governor Pritzker agreed to commute Franzen’s sentence and he was released, but still required to complete two years of parole. Had Pritzker not intervened, Franzen would not have been up for parole until June of 2021.