Now Reading:culture | Kanye’s Tour Might Have Been Canceled Because He Was Too High 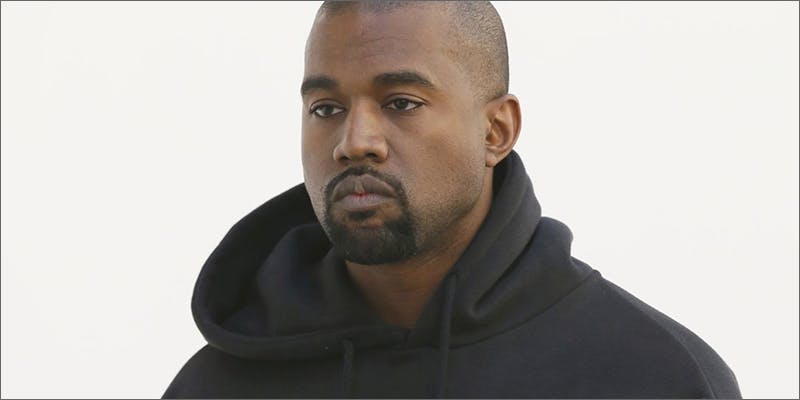 Lloyd’s of London is blaming weed for Kanye’s canceled tour in 2016. For that reason, the rapper is now suing them for refusing to pay.

Remember when Kanye West nearly lost his marbles on stage a few months ago? After his meltdown, he winded up being hospitalized, and his tour was then canceled on top of that. Well, it turns out he still hasn’t been paid for that. Why? Because folks are saying that West’s tour was canceled because he smoked weed, that’s why. Yeah, you read that right. For that reason, the rapper is now suing the insurance company for failing to cough up the dough.

Back in November of 2016, Kanye West shocked everyone with his onstage meltdown. And after ending up in the hospital and canceling his tour, people couldn’t help but wonder what drugs he was on.

As it turns out, Kanye’s insurance firm Lloyd’s of London is blaming pot for the series of unfortunate events. Go figure.

In fact, West has yet to see a dime of the $10 million owed to him from the company for this reason. That’s why he is now suing them for failing to pay. But can you blame the guy? Pot? Really?

According to Kanye’s touring company Very Good Touring, it’s not clear if West will ever see a penny because,

West’s use of marijuana may provide them with a basis to deny the claim and retain the hundreds of thousands of dollars in insurance premiums paid by Very Good.

However, his lawyer Howard King says the implied use of pot by West is an “unsupportable contention.”

So, what Lloyd’s of London is trying to say is that Kanye stormed off stage early in the middle of a concert and begged Jay-Z not to send people to kill him because he got high. If that doesn’t reek of BS, then what does?

Just like Snoop said in a video on Instagram, weed doesn’t make you do all that. Maybe drugs like meth and cocaine, but a little pot? No way.

And even if he was smoking, who cares? Kanye certainly isn’t a huge party animal, especially when you compare him with other rap artists.

Not to mention, pot is legal in several of the tour’s destinations, like California, Seattle, Illinois, Florida and New York. It’s a tour for crying out loud. Who doesn’t dabble in the ganja while on tour?

Maybe this blame is all coming from the fact that Kanye has frequently referenced weed in his music. For example, “Get Em’ High” featuring Common and Talib Kweli,

It got me stuck / But really what’s amazing is how I keep blazing / Towel under the door, smoke until the day’s end / Puff puff and pass, don’t fuck up rotation / Hpnotiq for Henny, now n***a that’s a chaser.

Is it fair to blame pot for Kanye losing his shit back then just because he raps about it here and there? To state the obvious, no. So yeah, Lloyd’s of London needs to chill out. It’s 2017 guys; weed is everywhere.