Ketamine—a legal psychedelic—is now being administered in more than 200 clinics in the U.S. 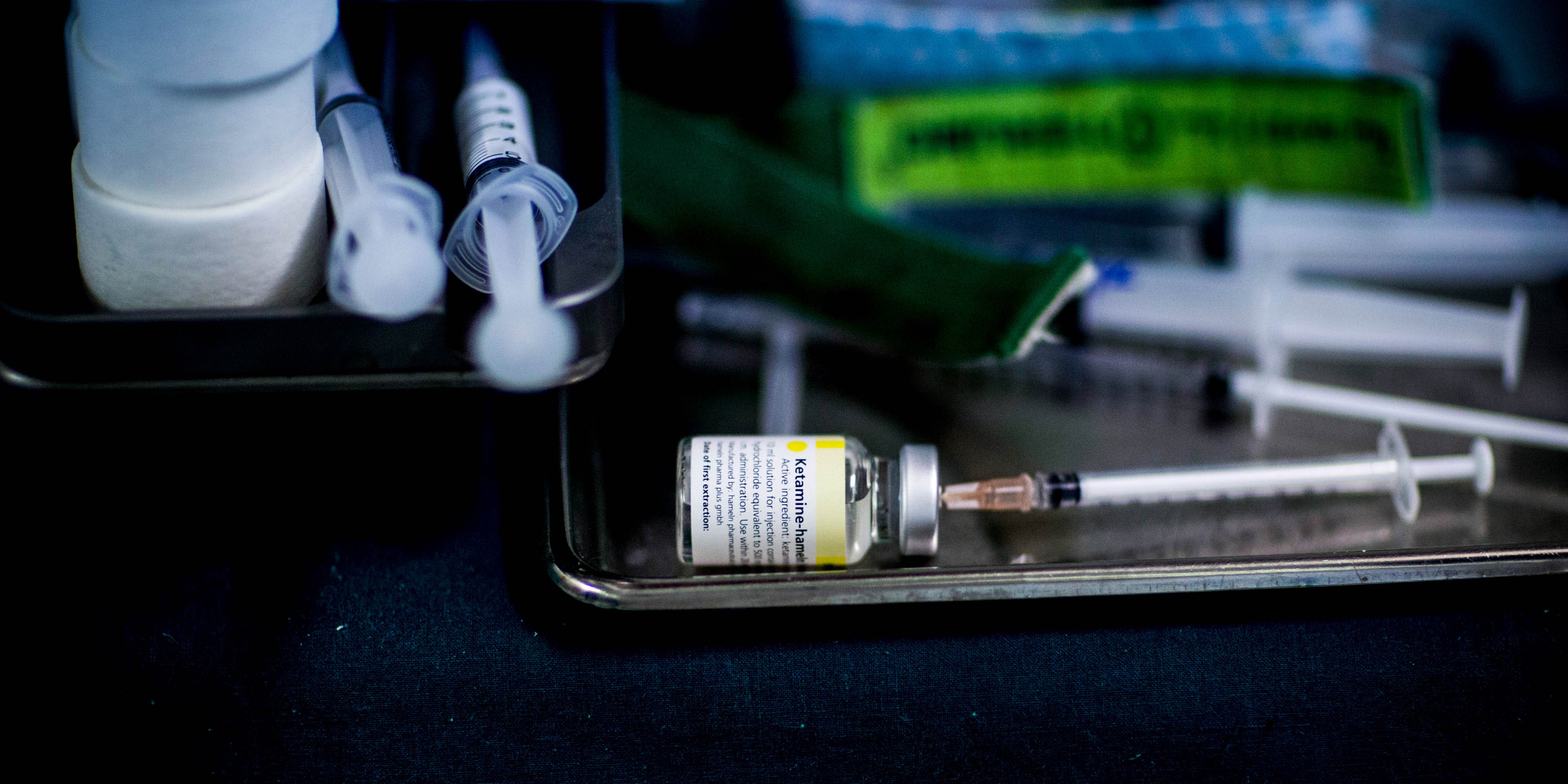 A syringe sits in a bottle of Ketamine inside the operating room at the Pratunam Polyclinic in Bangkok, Thailand, on Friday, Oct. 2, 2015. (Photo by Brent Lewin/Bloomberg via Getty Images)

Brian Kearney didn’t have a plan to kill himself, but he thought about it a lot. When he was feeling particularly low, he would examine the room around him to see what he could use to take his own life, what his “options were.” Only 27, Kearney’s been depressed for most of his adult life; diagnosed with major depression at 21 after a four-year battle with bulimia that started when he was a teenager.

Throughout his life, Kearney’s been on a variety of anti-depressants and other mood stabilizers including Prozac, Lamictal, Cymbalta, Lexapro, and Trintellix, among others. They helped a little, but none abolished his suicidal ideation and major depression enough to allow him to enjoy his life.

Then, a few months ago, Kearney was feeling more hopeless than usual. Instead of changing his meds again, his psychiatrist suggested an entirely different approach: a psychedelic. She sent him to her mentor in Manhattan who referred Kearney to a ketamine infusion clinic in Princeton, New Jersey.

What is Ketamine for Depression?

Ketamine, a Schedule III drug used mostly as an anesthetic, is being given to people with treatment-resistant depression, post-traumatic stress disorder, and bipolar disorder, among other mental health conditions. Also a popular club drug sometimes called “Special K” or simply “K,” it provides an out-of-body effect that can induce hallucinations. Often causing a short “trip” that lasts less than an hour, ketamine for depression may seem like an unlikely treatment. That is until you hear patients like Kearney describe how they felt before and after.

“It has definitely changed my perspective,” says Kearney. “What really drives it home for me is not having those suicidal feelings now. Looking back, and thinking, ‘Holy shit! I was thinking about how to kill myself? That’s fucked up. That’s fucked up for anybody to think that.’”

Ketamine for Depression in the U.S.

At Ketamine clinics like Actify Neurotherapies in Princeton, ketamine infusions are given for about 40 minutes and are often followed by a 40-minute therapy session or “integration” period in which therapists help patients process what they experienced. Ketamine for depression is not approved by the FDA, but these clinics can legally prescribe it “off-label,” a common practice in which physicians determine that a medicine approved for one condition could treat another.

In this case, Ketamine was approved by the FDA in 1970 as an anesthetic and used widely during surgery in the Vietnam war. The first ketamine for depression clinic opened in the U.S. in 2010 and, according to a recent CBS News report, there’s now an estimated 250 of them around the country.

Ketamine for depression treatment itself can vary: sometimes the ketamine isn’t an infusion but an intra-muscular shot or lozenge that dissolves in the mouth. Compared to infusions, the shots and lozenges provide stronger psychedelic effects, but the benefits of that are controversial.

The facilities themselves can also vary. Like a cross between the spiritual and medical worlds, they’re often decorated with pleasant paintings of flowers, little fountains with running water, and Eastern symbols of spirituality like the Buddha.

Kearney describes the one he went to as comforting, serene, and friendly. After his initial consultation and vitals check, he was brought into a pleasant and warmly decorated room, small like a regular examining room. This room had a medical chair in the middle, designed for people to receive infusion treatments, like chemotherapy.

While the nurse set Kearney up, he could hear someone in another room hysterically crying. Nervous, he asked the nurse if that happens to everyone receiving ketamine for depression. ‘No,’ she assured him, but it does for some.

After less than ten minutes with the needle in his arm, an eye mask on and a playlist of upbeat techno he made the night before playing in his earbuds, Kearney was transported into his own out-of-body experience. It’s hard to put into words, he says, reflecting back on it two months later, but it was like he was in the room watching himself get the infusion. For the first time, he was completely removed from his usual anxiety.

“It was a relief,” Kearney tells Herb. “For once, I wasn’t freaking out because I couldn’t control the situation.”

Ketamine for Depression: How Does It Work?

Ketamine isn’t the only drug with psychedelic effects that’s being used therapeutically. There are clinical trials underway using MDMA and psilocybin (the psychoactive ingredient in magic mushrooms) in combination with talk therapy for treatment-resistant depression, PTSD, and addiction, among other mental health conditions. Interestingly, what they’re finding is that people who have the most “mystical” or “spiritual” experiences—as measured by a standardized psychological scale—have the most long-lasting positive effects.

Dr. Cole Marta, a psychiatrist who utilizes ketamine for depression in his practice in California, has been studying this phenomenon for much of his career. There are similarities between ketamine and other psychedelic therapies, he explains, especially when looking at what makes a successful session. In fact, one study even found a correlation which showed the more ‘dissociated’ a person became during ketamine treatment directly related to how well they responded to it.

Yet, unlike other psychedelic therapies, where tripping with therapists is helping people heal largely by giving them a new perspective on their suffering, ketamine for depression also has a biological effect that involves similar systems as traditional anti-depressants, like SSRIs. Marta explains that ketamine for depression is working—as far as we understand—by inhibiting NMDA receptors in the brain. (The NMDA system has become a big part of research into depression treatment since the 90s when scientists at the University of Mississippi found abnormalities in NMDA receptors in people who had committed suicide.)

Interestingly, NMDA antagonists that don’t cause any dissociation don’t seem to be effective anti-depressants though. “Nitrous oxide [laughing gas] is an NMDA receptor…and a small study showed it has similar anti-depressant effects to ketamine,” says Marta. Dextromethorphan (DXM), the chemical in OTC cough syrup abused by some to “robotrip,” he continued, is also an NMDA receptor and has been shown to have similar anti-depressant effects. So there clearly is some connection between dissociation and depression, but that connection is still being figured out.

Ketamine for depression is also affecting the glutamate system, which is also involved in how SSRIs work. Studies have found that SSRIs increase serotonin immediately, yet, the anti-depressant effects aren’t typically felt for four to six weeks. Around that time in SSRI treatment is when NMDA receptors are decreased, which in turn, decreases glutamate. So now a working theory is that serotonin increase alone isn’t sufficient for treating depression, glutamate also needs to be decreased.

But that’s not all, Marta explains that ketamine has also been shown to elevate levels of Brain Drive Neurotrophic Factor (BDNF), a protein in the brain that’s associated with neuroplasticity. Basically, the scientific community used to believe that neurons were unchangeable, but now scientists are learning that neurons are actually quite dynamic, frequently moving around and making new connections. “Part of changing behavior is changing those networks in the brain,” says Marta. “BDNF is present in high quantities when there’s a lot of neuroplasticity occurring, so a lot of change occurring. And elevated BDNF and neuroplasticity have been correlated to the improvement of depression.”

The biological effects of ketamine beg the question: is the dissociative, or psychedelic, effect even a necessary part of the treatment? Even though some doctors will argue, no, it’s just a side effect that they try to minimize at all costs, Marta believes it’s definitely an important part of the therapy, for a few different reasons. The most important one being that the psychedelic effects of ketamine allow patients a change in perspective. For those whose depression is caused by environmental factors, like stress, a break-up, or being “stuck in a rut,” this psychological shift is crucial.

But Marta also explains that, for those who experience “unexplainable” depression, and may have a family history of depression, it’s believed that the biological component of ketamine for depression is what’s providing the greatest impact.

Is Ketamine for Depression Safe?

Ketamine for depression is proving successful for many, even if somewhat mysteriously. Of course, there is concern in the medical community surrounding this off-label use of the popular party drug. The “trip” is a concern, as are other side effects like nausea, heightened blood pressure, heart rate and the potential for abuse.

Another concern is that ketamine for depression treatments only improve mood in the short-term and that after a few weeks its effects wear off. But that’s where processing the dissociative effects with a therapist can have the most lasting effect.

“Life crawls back in,” explains Marta. “If you’re not applying those insights then ultimately, insight alone is overrated and it doesn’t always help as much as we hope… we also have to use that information to start making lasting change.”

Plus, ketamine for depression is not a one-time fix, but a treatment plan. Participants often go for a ketamine infusion, shot, or other therapy, twice a week for the first few weeks, then come in for “booster” or “reminder” treatments, once every four to six weeks after that, as needed.

Ketamine for depression isn’t cheap either, often costing anywhere from $450 to $1,000 per infusion or 90-minute session, and insurance doesn’t cover most—if any—of the cost. But for people like Kearney, whose life was “saved” as he puts it, it’s worth every penny to finally feel free.

Get 20% off premium weed and discover the latest products, news, and deals in cannabis.
August 28, 2018 — Last Updated December 05, 2019
Written by Michelle Janikian 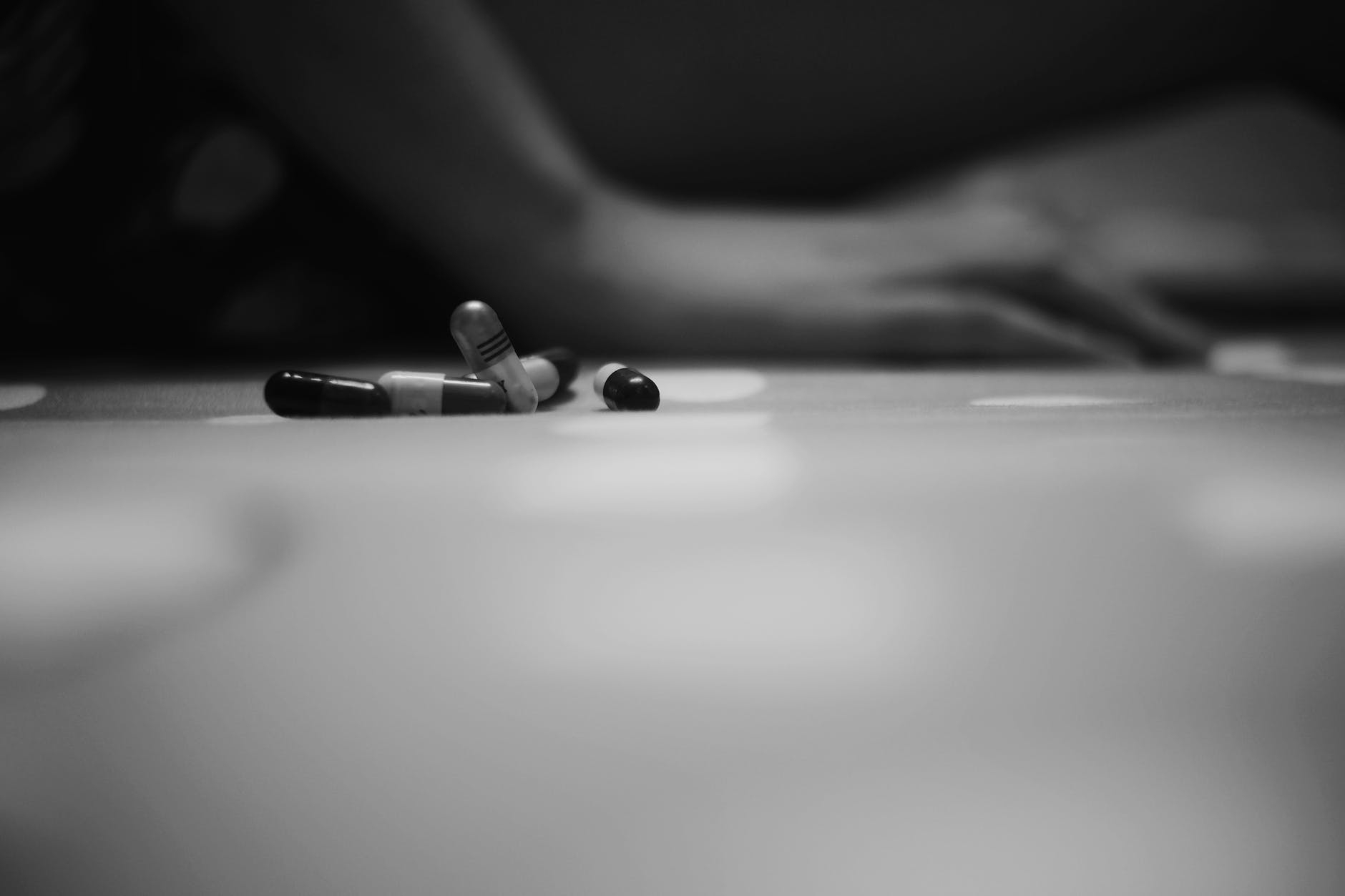 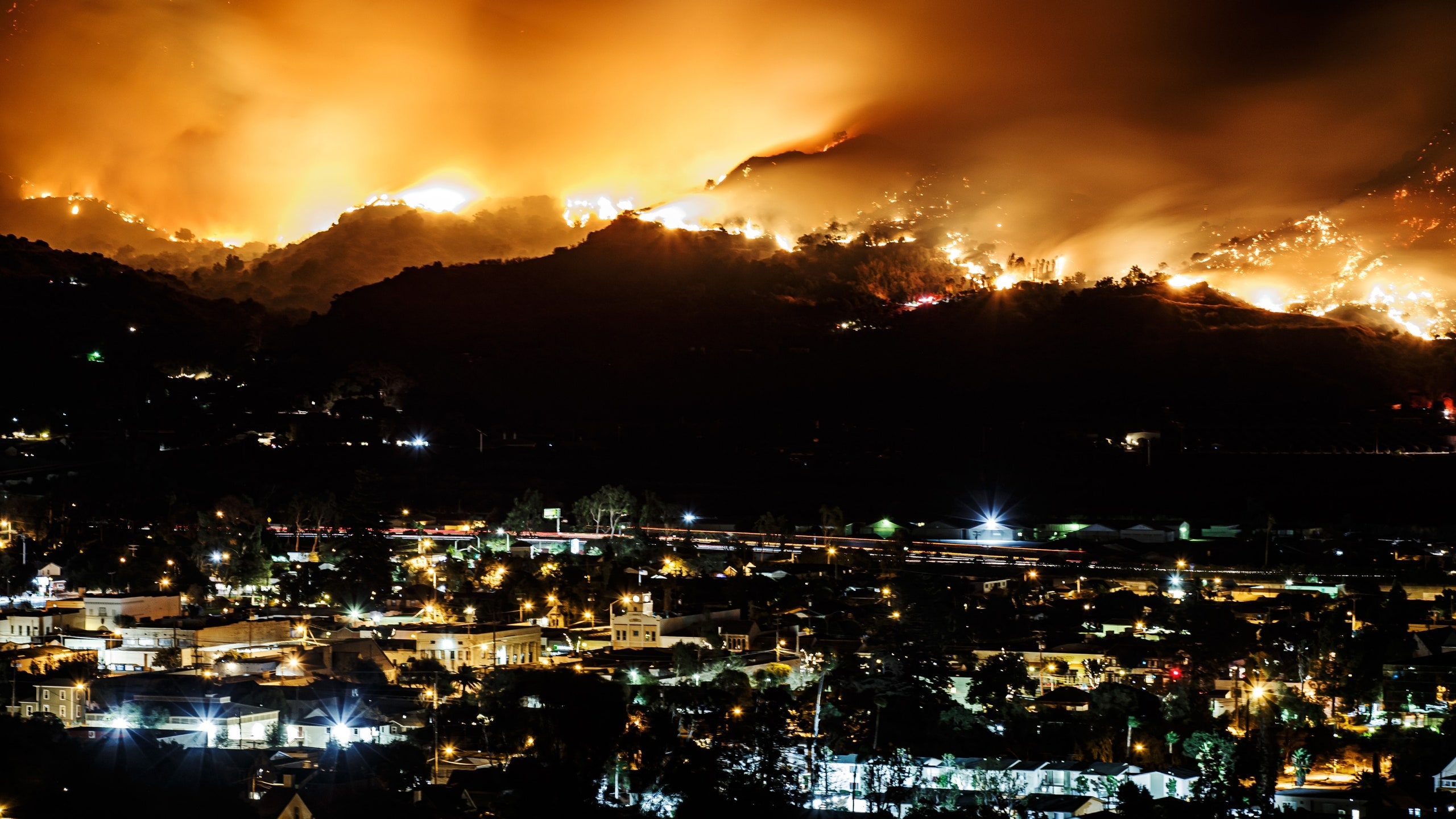 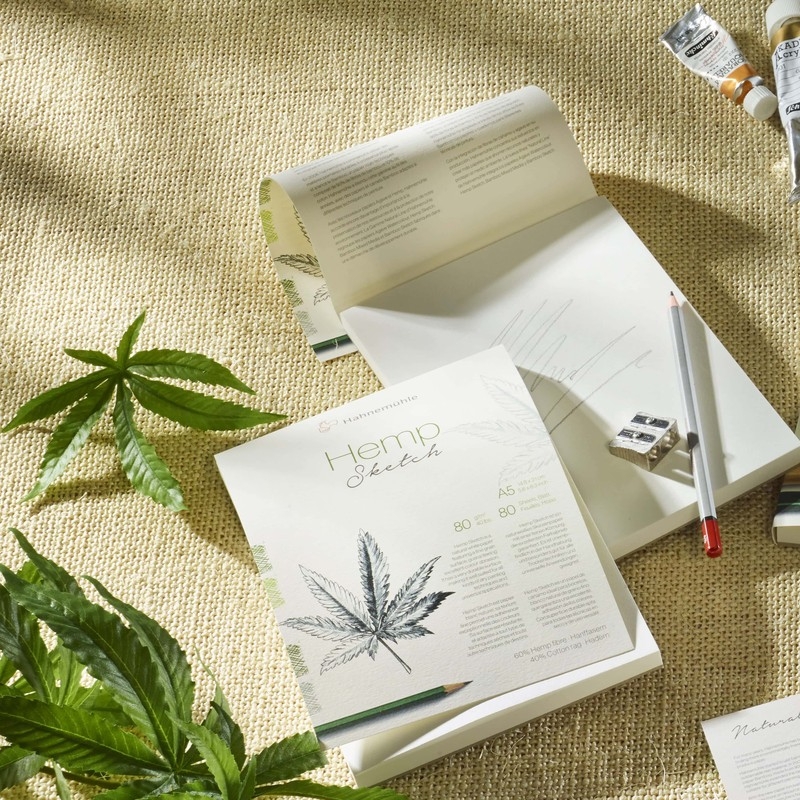