Kevin Sabet and his anti-marijuana group, Smart Approaches to Marijuana, cadets continue the push to shut down the legal cannabis industry. 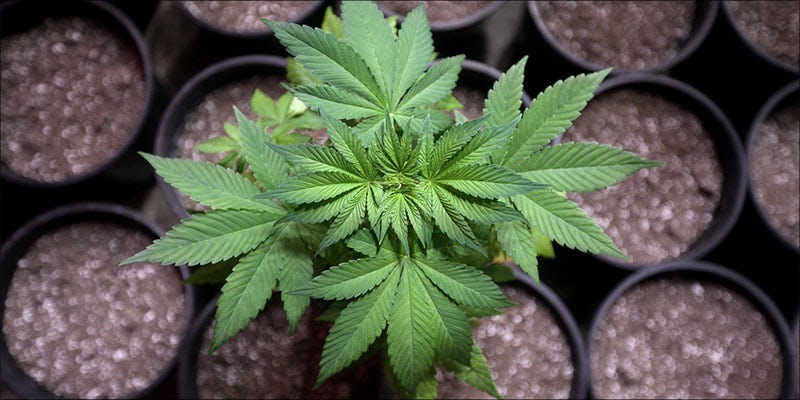 Kevin Sabet and his SAM cadets continue the push to shut down the legal cannabis industry. Smart Approaches to Marijuana, an anti-marijuana group, is the most outspoken opponent of decriminalization and legalization in the country. In their latest attack, they compiled statistics and quotes into a letter they sent to Jeff Sessions. The letter urges the Department of Justice to “systematically shut down” the entire industry, starting at the top.

The letter penned by SAM accuses Colorado, Washington, and Oregon of failing to uphold 7 of the 8 guidelines in the Cole Memo. The Cole memorandum, an Obama-era document, sought to protect legal states from federal interference. Those guidelines demand the DOJ only focus on preventing:

Are the rounds all blanks?

Smart Approaches to Marijuana cites an increase in emergency room visits for teens related to cannabis after legalization in one paragraph. However, the cited source also states that over half of those cases also tested positive for other drugs, including opiates, amphetamines, and cocaine. Other complaints on teen use cite adolescent surveys and increases in severely racially disparate arrests of youth.

In relation to criminal enterprises and interstate distribution, they cite the continued operation of the black market. Legal states offer less scrutiny for some growers and distributors to produce cannabis to ship to dry states. However, common sense dictates that only expanding legality to all states will ever stem illegal grows. 40 years of the drug war never touched it.

Obtaining a legal license to grow for black market purposes certainly puts a strain on the system. But again, only the failure of states to allow access while neighbors enjoy the green keeps this happening.

Violence due to cannabis?

The violent crimes cited, purportedly caused by cannabis, really stretch the concept of causality. The first paragraph on the subject even states,

While ​it ​is ​not ​possible ​to ​link ​legalization ​to ​a ​direct ​change ​in ​crime rates, ​officials ​in ​Colorado cited ​marijuana ​legalization ​as ​one ​of ​the ​reasons ​behind ​the rise.

However, the sources cited again fail in support of the causality that SAM tries to tie together. Arapahoe County District Attorney George Brauchler, as interviewed in one article cited, stated:

There is increased crime, sometimes violent crime, associated with legalization of marijuana. That’s not what you’d expect. You’d expect the harder-core drugs. If cash is the only way to acquire marijuana, crime follows cash.

Cash is the culprit

The problem may come from green, but it isn’t because of cannabis. Street dealers fight over profits and territory, regardless of the product. But for the increase in robberies and assaults related to dispensaries, that falls on the Feds. Due to banking regulations, cannabis businesses must operate on a cash basis.

Cash carrying businesses always see more robberies, because loot is easier to acquire. If banking were an option, on hand cash would drop, as would the crime rate at those places. Liquor stores, banks, and convenience stores see the same issues, due to having what criminals want within reach.

Rather than ask for banking access to prevent these crimes, the SAM report specifically ask for denial of it for cannabis businesses. That way would be robbers, with or without a badge, can continue to stop by for withdrawals.

Legal states show increased traffic incidents where cops cite marijuana as factor. Yet, nationwide, police have yet to develop an accurate measure of impairment. Currently, blood tests don’t account for tolerance, and other tests only measure the presence of THC, not impairment.

Since THC metabolites stay in the system for weeks or even months, of course there will be more in drivers’ systems. A weekend smoke session shows up on a Wednesday fender bender, and gets counted as a “marijuana-related incident”. Of course, in many cases, alcohol or prescription drugs are also present.

In relation to emergency room visits, kids, and cannabis, the argument remains a diversion. Responsibility lies with adults who fail to secure personal supply and inexperienced consumers, not the plant itself. The statistics and figures show a problem that only mirrors other legal substances and situations, like alcohol, prescriptions, firearms, and the internet.

The final two points of the SAM report, deal with illegal growth on public lands, environmental damage, and use on federal land. California forests continue to suffer from pollution and damage caused by illegal grows. This problem is real but still stems from black market demand. Legalize personal growth nationwide, and forests won’t see opportunists looking for a quiet spot to grow. Legal growers don’t cause this issue. Another point made for us, not against us. Thanks, Kevin.

As for use on federal land, if it was legal federally, then it wouldn’t be illegal there anyway.

Get over it SAM

Cannabis legalization will happen on a national level, sooner or later. Prohibition fails, every time. Every issue they have with cannabis stems from its illegality, its lack of legal industry options, or from a tiny minority of stupid individuals. None of those are valid excuses to hinder access to a non-lethal, beneficial, natural plant.

The benefits to health, the economy, and personal liberty far outweigh the dangers of full legalization. SAM hides behind fear, its only viable tactic. They demand instant results of the benefits of legalization, and instant condemnation of every problem along the way.

Cannabis spent the last 80 years under the heel of Prohibition. It’s going to take a while to get legalization right. If they really wanted to take a “smart approach”, they would help the process, not hinder it.

Their supposed goal and even their name contrast with their tactics and basic logic so profoundly, it makes one wonder whether the ‘S’ in SAM really stands for smart at all.

Get 20% off premium weed and discover the latest products, news, and deals in cannabis.
September 02, 2017 — Last Updated December 05, 2019
Written by Christopher Teague