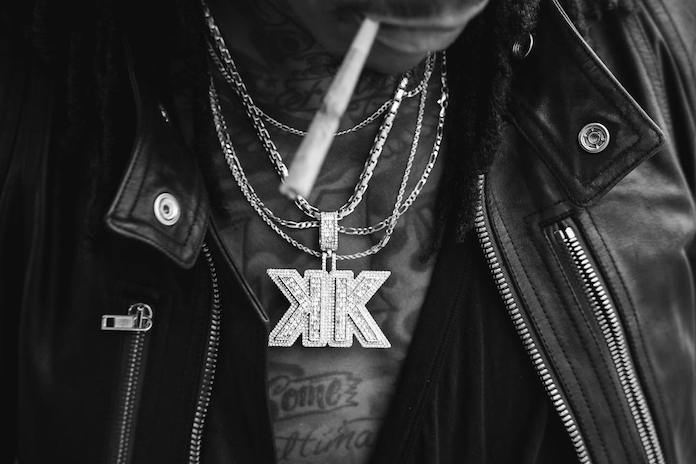 It wasn’t too long ago that rapper Wiz Khalifa started topping the charts. Songs like “Black And Yellow” put Khalifa on the map as a new rapper with a story to tell.

On that same album, Rolling Papers, Wiz released “Roll Up,” an anthem for my young stoner self, who had this track on repeat throughout high school. There was a pattern in Wiz’s music, one that pointed toward the rapper’s love for weed.

“We just want to bring the best quality strains to as many people as possible. When you see the brand on the jar, you know it’s going to be amazing weed,” Khalifa tells Herb.

Although we’ve seen other weed-loving rappers come and go, Wiz is here to stay. He’s currently on a mission to help the world smoke better weed through his brand, Khalifa Kush.

For someone who smokes a pound of weed per week, launching a cannabis brand was a must.

The Pittsburgh-raised artist’s hit track “Black and Yellow” was inspired by the colors of his old stomping grounds. It’s not surprising that he’s carried that black-and-yellow theme over to Khalifa Kush.

However, Khalifa Kush wasn’t always a cannabis brand helping the world smoke better weed. The name comes from Wiz’s own personal strain that was grown and tailored to his specific preferences.

That strain was kept a well-guarded secret for years. We don’t blame Wiz for wanting to gatekeep such an excellent strain. But, the generous man that he is decided enough is enough; it’s time to help the world smoke better weed.

The Khalifa Kush website states that all strains sold from the brand are “grown for the gang.”

If the brand’s weed is good enough to satisfy Wiz and his best buds, it will impress even the toughest canna critics. The rapper has opened up about what he looks for in a weed strain, everything from the smell, appearance, and flavor.

Wiz loves a gassy, diesel-heavy strain with frosty trichomes and rich flavors. His brand’s namesake strain, Khalifa Kush, AKA “KK,” lets him be more comfortable in even the most stressful environments, and it’s an excellent creative tool that allows him to express himself more freely and without hesitation.

We’re talking about someone who never gets anxiety or paranoia from weed. It’s a part of his daily life, so it’s clear he’s done some trial and error to find his perfect match. 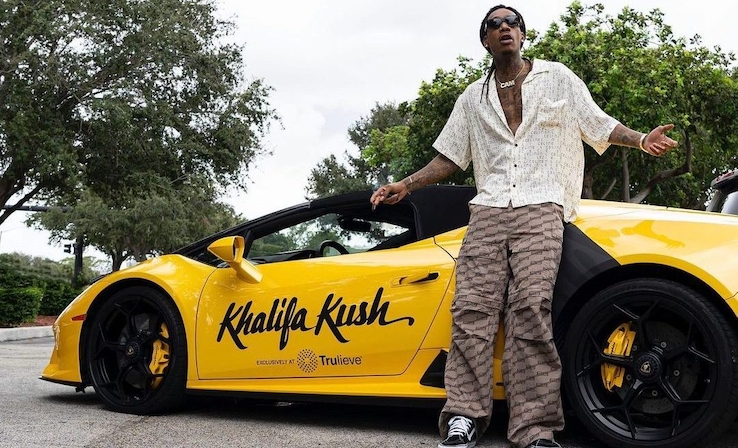 As mentioned, Khalifa Kush strains are all grown for the gang. The brand feels like its own niche cannabis community, centered around themes of music, wellness, creativity, and simply smoking better weed.

No one deserves to smoke bush in the age of legalization. At Khalifa Kush, you’ll smoke the same weed that helped Wiz evolve from a typical stoner to a cannabis connoisseur.

The Khalifa Kush brand has proudly evolved into one of North America’s most trustworthy and popular brands. The brand also carries other heavy-hitting products, including:

This strain means a lot to Wiz. He’s been proudly puffing on it for a decade and swears by its unique flavor profile and strong effects. Khalifa Kush is a hybrid with a high THC content of over 21%.

It’s believed that Khalifa Kush is the offspring of an unknown OG strain, considering their similarities like a physical wave of energy and a bright cerebral buzz that sharpens creativity.

Khalifa Kush’s aromas are zesty and earthy, with lemon and pine undertones that please the palate with each toke. For such a delightful strain with consistent and upbeat effects, it’s no wonder why it was the world’s best-kept secret.

Imagine all the effects noted above combined with a minty fresh kick. That’s what you’re in for when puffing on some Khalifa Mints, the brand’s first pheno to expand its menu.

Khalifa Mints is a cross between Khalifa Kush and The Menthol, two powerful hybrids that make for one of the most refreshing and unique strains on the market.

The genetics were selected by Wiz himself, and the result is a top-notch hybrid with a minty flavor profile and long-lasting, powerful effects. The aroma and terpene profile combines classics like:

A wave of energy washes the body after a few puffs, keeping you uplifted without buzzing the mind too much. It’s that perfect balance between energy and bliss. 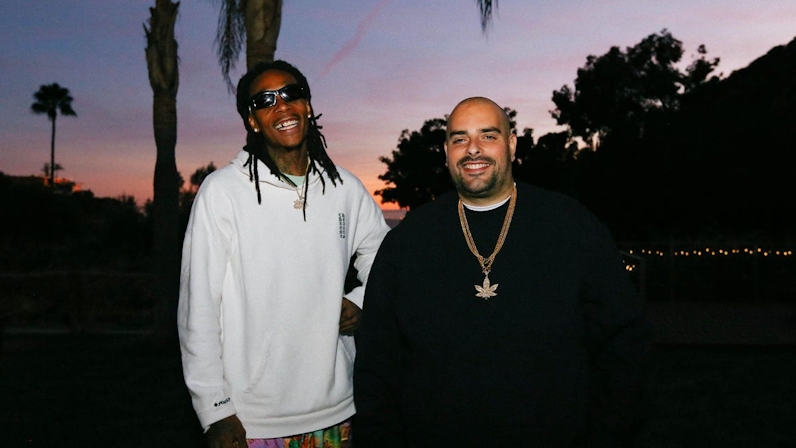 You’ve likely heard of the Berner’s Cookies brand, America’s first legal weed empire. Turns out, Berner was the man behind Wiz’s sacred Khalifa Kush strain. He grew it way back when and gave it to Wiz as his own personal strain.

When the two artists met about ten years ago, Wiz’s music career was on the come-up. They would spark up together, and Wiz spent much of his time working at various shops where Berner’s products were popping off.

Watching the Cookies brand flourish led Berner and Wiz to collaborate and build brands together. The knowledge and experience from working alongside Berner helped Wiz know exactly how to establish his future brand that would soon make waves.

Many of us dream of launching a successful cannabis brand, but only a few make it a reality.

Maybe you look up to brands like Khalifa Kush for their stellar branding, unmatched flower, and commitment to helping the world smoke better weed.

Wiz firmly believes that launching a successful cannabis business starts with building a solid team. Once you’ve found those key players who reflect similar values and strive for the same outcome, only then can you focus on establishing your brand.

With hard work, dedication, and a clear vision to elevate the cannabis community, Wiz believes you can do anything you set your mind to.