Marijuana Moms Are Sick Of Being Judged By Alcohol Drinkers

As recreational use becomes more mainstream, moms are stepping out from the shadows. At the end of the day, moms just want to enjoy a little peace. 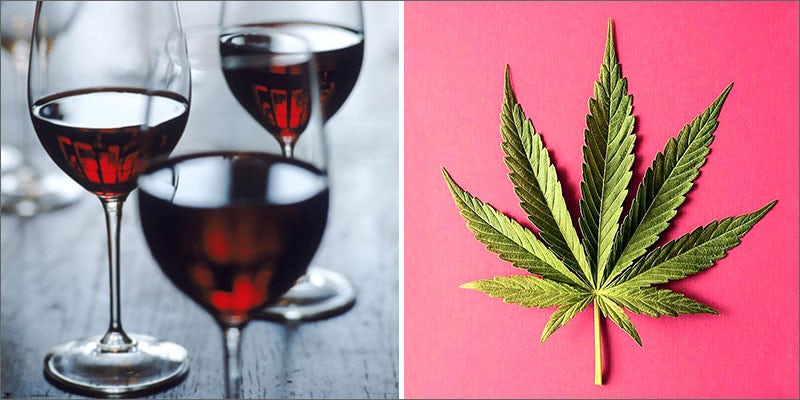 Having a glass of wine at the end of a long day is something many moms look forward to enjoying. Likewise, a perfectly rolled cone might suit some mothers better. Afraid of criticism or awkward sideways glances, many moms choose to keep their cannabis use discreet. However, as recreational use becomes more mainstream, moms are stepping out from the shadows and airing their grievances with the wine-drinking moms who take issue with their cannabis.

Today’s moms are faced with an incredible amount of decisions to make on behalf of their little people. From the day they give birth, moms must immediately decide how to feed their baby, which diapers to use, how to sleep train, along with about a million other choices that could seemingly impact their life for years to come.

As the whirlwind of questions and answers are flying around, every other mother, sister, aunt, cousin, or stranger walking down the street is waiting to offer their advice and judgment.

It only makes sense that moms who partake in any intoxicant might be hesitant to boast about their usage. Wine, however, seems to be the one splurge that is socially acceptable among the mom circle. Cannabis is slowly creeping in and becoming less taboo in the group, as more moms than ever are beginning to admit their use.

Still, there are those moms who live in constant judgment of cannabis, as they pour their third glass of Pinot. Proud, cannabis-loving moms are tired of being looked down upon, especially when science supports cannabis as a safer drug than alcohol.

Overindulging on anything is never a good idea, but when it comes to alcohol the consequences could be much more severe than with cannabis. Drinking too much alcohol can leave consumers unconscious, violently ill or even dead. Smoking too much cannabis will leave consumers hungry and sleepy.

While no one has ever died from cannabis, an estimated 88,000 people die from alcohol-related causes each year. This statistic alone paints a clear picture of the dangers presented by alcohol.

While the wine-drinking moms are preaching from their high horse about the problems with cannabis, Scientific Reports consistently rank it as the safest recreational drug.

Diane Fornbacher, a founding member of the NORML Women’s Alliance, believes no parent is perfect and shouldn’t be judged for their choice to partake in an intoxicant, as long as it doesn’t affect their ability to meet obligations.

No matter what you use, you shouldn’t be judged if it works for you, you’re productive, and you do no harm. Marijuana parents aren’t perfect, but they’re far less imperfect than parents who use alcohol irresponsibly.

Cannabis can influence people to be nicer to one another. You rarely find a story that says two stoners beat each other up outside of a bar.

Moms are under a microscope to produce perfectly developed, well-balanced, polite children and those pressures cause a tremendous amount of stress. As long as their children are safe and happy, it’s their right to enjoy some relief, either from cannabis or wine, without fear of judgment.