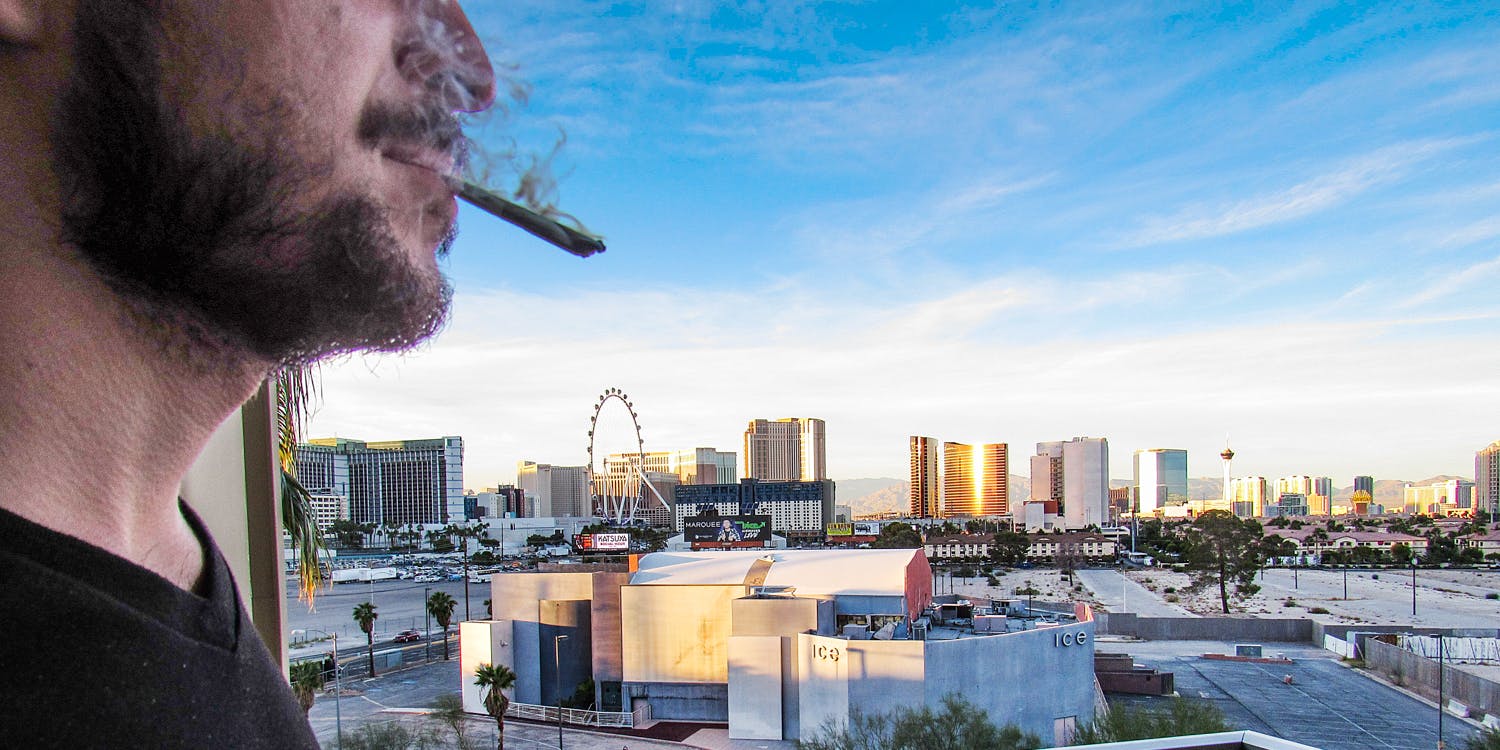 Some locals believe that Las Vegas is forcing casinos to take such a hard stand on cannabis because it doesn’t produce a “gamblers high”.

As the old saying goes, what happens in Vegas, stays in Vegas. But as far as cannabis goes, many casinos are hoping pot doesn’t come to the strip at all.

Marijuana has been legally available in Nevada since July 1st. While pot sounds pound and parcel to Sin City’s usual debauchery, the state’s limitations are walling out most interested visitors. Tourists are free to purchase cannabis at Nevada dispensaries, but laws only allow cannabis to be consumed on private property and with permission of the owner. So if you’re only in town for a stint, you’ll either need a friend in the area or an open-minded Airbnb.

You might assume that Vegas’ famous casinos and resorts would want to capitalize on the new pot status and give their guests a space to indulge in this vice as they do many others. You might assume they would give their guests the go-ahead to live the script of fear and loathing in some of the same spots as Hunter Thompson. However, You would be assuming wrong. According to gambling insider blog CalvinAyre, the Nevada Gaming Control Board would prefer the two worlds keep their distance.

According to the board’s director Terry Johnson, the casinos simply do not want to get entangled in the discrepancies between state and federal law. As is true across all legalized states, the federal government still classifies cannabis as an illegal substance. Much like the banks, the casinos (who already occupy their own chiseled legal nook) don’t want pot smoke all over their craps.

“The biggest challenge that we’re facing is the differing perspectives that we are hearing from Washington,” said Johnson. “Now we are hearing that the Justice Department convened a committee to examine the cold memorandum, whether it will main in effect as it is under the Obama administration… So it is difficult for us to gauge what is going to be the policy, and as a result we have to act in a way that reduces risk.”

It was only a few years ago that casinos wanted to bar dispensary employees from even gambling in their facilities.

Even hosting conventions are being discouraged.

Cindi Moon Reed, a reporter in Vegas, has her own theory on the casino world’s pot hesitation.

“Cynical locals suspect that casinos want to ban marijuana because it doesn’t create the right kind of high,” wrote Reed in the LA Time. “Alcohol produces a devil-may-care insouciance that’s conducive to gambling. Marijuana, on the other hand, will only help the bottom line of all-you-can-eat buffets.”

God, that’s right, the buffets! Those all you can eat buffets! Vegas casinos, you fools! Think of the potential!