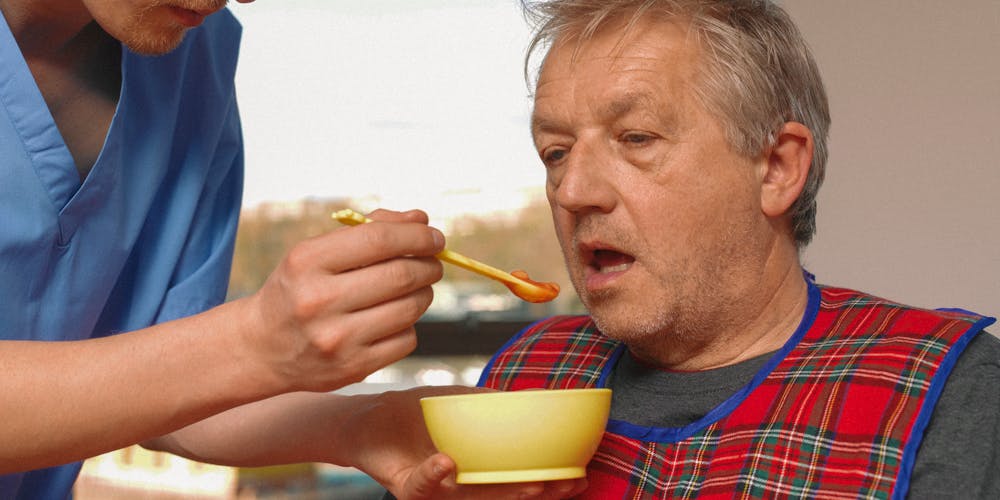 At what point does sloppy reporting become reefer madness propaganda?

Newsweek seems determined to find exactly where that line lies.

Without any convincing evidence, reporter Jessica Firger in a piece entitled “Marijuana: Why Dangerously Potent Pot Is Making People Lose Their Minds And Memories,”  avers that “High-potency pot is causing psychiatric issues, including addiction and memory problems.”

According to Firger’s reportage, “new strains” of weed have “higher levels of the active chemical and not enough of another compound that keeps the drug safe.” Apparently the nonsense narrative of “high THC pot without much CBD is dangerous” has now reached the number of mindless repetitions to become an “alternative fact.” This leads the enthusiastically frightened Firger to declare potent weed “the riskiest pot,” as if any weed were a danger to anything except maybe a bag of Cheetos.

Newsweek’s wild flight of fancy seems to have been ignited by a new report from Manchester Metropolitan University in the U.K. Fifty samples of black-market cannabis from Manchester were tested by Volteface, a London-based policy think tank which favors making cannabis legal.  All of the samples tested had high levels of THC. That’s a good thing, right? That way, we have to smoke less of it.

Apparently, that’s not a good thing at all. According to Firger, it contains “inconsequential amounts of cannabidiols [sic], the protective compound of the drug that prevents marijuana from becoming unsafe.” Reporter Firger here makes one of the common mistakes that often befall journalists new on the marijuana beat and sometimes veterans who should know better. She conflates cannabidiol (CBD), one of the compounds found in cannabis, with “cannabinoids,” the collective name for CBD, THC, and at least 111 other compounds that have been isolated from the cannabis plant.

Now, while Volteface appears earnest in its support of legal cannabis, they seem a little over-eager to embrace certain reefer madness tropes in their quest to depict black market weed as some dark threat to youth.

Firger apparently believes she’s delivering a scoop by telling us that growers are breeding plants to favor THC production over CBD. Of course, it shouldn’t be surprising that growers in either a legal or black-market scenario would prefer weed that gets their customers stoned. And it shouldn’t be newsworthy that “In many instances, it’s determined by the grower’s bottom line.” You mean black-market growers are influenced by the same free market forces which influence everyone else in a capitalist society?

Can You Be Addicted To Cannabis?

Whenever you hear someone earnestly speak about “cannabis addiction,” it’s best to have a firm grip on your wallet and your freedom.

Now, there obviously aren’t hordes of desperate “marijuana addicts” roaming the streets, looking for their next fix. Many of the unfortunate souls who are in “drug rehab” for “cannabis abuse” aren’t there by choice.

More than a third of the 13,581 youth treated for cannabis addiction were referred to treatment by the courts. In other words, they had the choice of going to rehab or going to jail. Many of the rest were likely forced into treatment by concerned parents who’d been reading the “skunk” scare headlines prevalent in the U.K. tabloids.

As pointed out by Steve Rolles, senior policy analyst with the U.K. charity Transform, “we need to be wary of saying that all referrals involve addiction or dependence.”

So what the hell is up with these nonsense “statistics” about cannabis “addiction” and “psychotic episodes”?

Government bureaucrats are wasting their time — and your tax money — researching what must be the Loch Ness Monster of the drug policy world: “marijuana addiction.”

According to the U.S. Substance Abuse Mental Health Services Administration (SAMHSA), more than one-third of the 288,000 people entering “drug treatment for marijuana” hadn’t even smoked any pot in the 30 days before admission.

Another 16 percent admitted they’d only used cannabis three times or less in the month before their admission to rehab. That just doesn’t sound much like the sort of out-of-control behavior we associate with “drug addicts.” Do these people meet the clinical standard of being in “the state of being psychologically and physiologically dependent on a drug”?

A report published by SAMHSA indicates nearly six of 10 individuals in the U.S. who are “enrolled in drug treatment for marijuana” were forced there by the criminal justice system.

A 2009 clinical trial of Drug and Alcohol Dependence found that self-reported “withdrawal symptoms” of 73 subjects judged to be “cannabis dependent” in an inpatient rehab facility were rather mild. In fact, was found that less than half of the subjects reported any withdrawal symptoms of clinical significance. Remember, all these folks were supposed to be “cannabis dependent.’

Even among the minority who did report symptoms, “The intensity of most self-reported symptoms peaked on day one and decreased subsequently,” according to the study. So what were these scary-sounding “symptoms” of quitting cannabis, anyway?

These symptoms sound pretty much like what I’d expect to feel if you locked me in a rehab facility and told me I would be arrested if I left.

Bottom line, the “withdrawal symptoms” of cannabis are a joke compared to those associated with quitting alcohol, benzodiazepines, or opioids. This is exactly why “cannabis withdrawal” is not recognized because of doubts about its clinical significance in DSM-IV, the standard criteria for mental health disorder diagnosis.

What About Memory Loss?

What about Newsweek‘s warnings about short-term memory loss? Almost all of us have a few stories about forgetting things while high. But interestingly, studies show that frequent marijuana users may develop a tolerance to these effects. They become less sensitive to the memory-challenging effects of cannabis and have less difficulty forming memories or recalling events after using cannabis.

And for most consumers, memory impairments appear to be temporary. When the pot wears off, your memory returns.

One study found that THC significantly impaired recall two hours after use, but no residual effects persisted after 24 to 48 hours. One’s ability to recall existing memories doesn’t appear to be affected by cannabis.

What about effects on long-term memory? A study published in JAMA Internal Medicine concluded that people who consume large amounts of marijuana over five or more years developed poorer verbal memory recall than people who smoked less or none at all. But how much difference are we talking about?

After looking at nearly 3,400 Americans over a 25-year period, users who smoked daily could, on average, recall 8.5 out of every 15 words on a verbal recall test. Those who smoked little or no cannabis could recall 9 out of 15 words.

That’s a loss of just half a word for smoking heavily, daily, for five years or more. Notably, researchers didn’t find other cognitive abilities, such as focus and processing speed, were adversely impacted, even by heavy use.

The notion that using cannabis causes psychosis is one of the original tenets of reefer madness. But there are several problems with this claim.

Research in 2012 from Harvard Medical School compared families with a history of schizophrenia and those without. It found little support for cannabis use as a cause of schizophrenia.

The Harvard researchers recruited 282 subjects from the New York and Boston metropolitan areas and concluded that “while cannabis may have an effect on the age of onset of schizophrenia it is unlikely to be the cause of the illness.”

More recently, a 2017 York University study found that the supposed link between cannabis and psychosis is quite weak and that stopping people from smoking weed would have relatively low impact on the public’s mental health. “To put this in perspective we would need to prevent 23,000 people using cannabis to prevent one case of psychosis,” says  Ian Hamilton, of York University.

Conversely, a 2011 meta-analysis published in the journal Schizophrenia affirmed that those who have schizophrenia with a history of cannabis use demonstrate “superior neurocognitive performance” compared to non-users.

In another study, this one published in 2010, researchers affiliated with the Albert Einstein College of Medicine, Yale University, and the National Institute of Mental Health looked at whether lifetime cannabis use was associated with earlier symptom onset in schizophrenic patients. They concluded:

Perhaps most convincingly of all, increased cannabis use by the public hasn’t been followed by a corresponding rise in diagnoses of either schizophrenia or psychosis. Investigators at the Keele University Medical School in Britain compared trends in cannabis use and schizophrenia in the U.K. from 1996 to 2005.

Tellingly, researchers reported “[I]ncidence and prevalence of schizophrenia and psychoses were either stable or declining” during this period, even as the use of cannabis among the general population was rising.

Brain researcher Matthew Hill of the University of Calgary’s Hotchkiss Brain Institute, writing in Nature in 2015, noted that there is no concrete evidence of any connection between cannabis and schizophrenia. Countries in which a large segment of the population uses marijuana, he pointed out, do not have higher schizophrenia rates.

Hill suggested that not only is there little evidence of any such connection. For Firger and Newsweek to suggest otherwise is incredibly irresponsible.