The cannabis movement wouldn’t be where it is today without these amazing people. 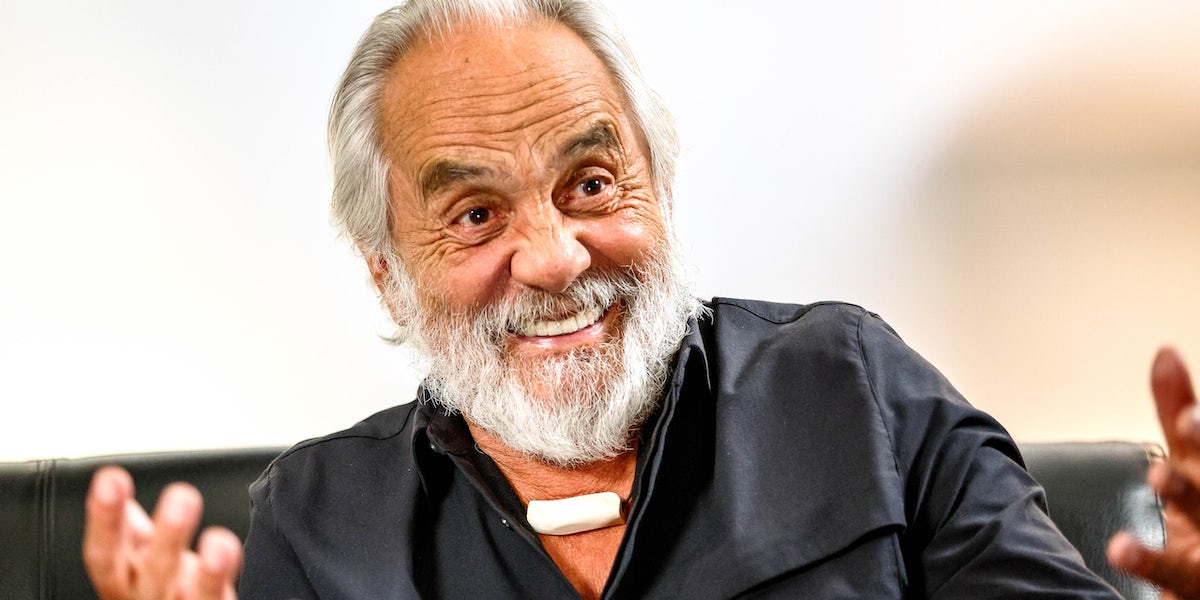 (Photo by Rich Polk via Getty Images for IMDb)

The cannabis movement is at an all-time high, with state after state going legal in the U.S., Canada fully legalizing it, and countries around the world coming around on the issue. But it didn’t get here overnight. The current movement for progressive cannabis policy was built on the backs of activists who changed everything from government policy to public opinion. Here are some of the most influential people in the history of cannabis. People who, for good or ill, changed marijuana’s history forever. Keep in mind, this list is by no means comprehensive!

The so-called Emperor of Hemp was one of the cannabis movement’s most influential activists. He wrote The Emperor Wears no Clothes, a scathing critique of cannabis prohibition. He owned a head shop in the ’70s, so it’s no surprise that he was a fan of the leaf, but his early activism paved the way for the later work that led up to the current century’s legalization victories. His book advocated for cannabis not just as a recreational substance, but as a solution to sustainability issues, being a renewable source of paper, textiles, and energy. His influence is obvious in the fact that there is an extremely awesome, uplifting strain named after him.

Raphael Mechoulam, an organic chemist from Israel, discovered the endocannabinoid sytem, the system of receptors in the human body that is primarily responsible for the effects of cannabis. And, as we’re coming to discover, a whole lot of other stuff in the human body. His discovery completely changed the way we understood the plant, and provided the basis for research into cannabis’ medical potential. Mechoulam’s isolation of THC—the main psychoactive compound in cannabis—was probably his most famous discovery, but the endocannabinoid system is hugely important. Modern research has shown it to be a crucial part of the human body, affecting everything from mental health to gastrointestinal diseases. While people have known that cannabis is an effective medicine for ages, Mechoulam’s work paved the way for an scientific explanation of why.

If Mechoulam made serious scientific discoveries, Cheech Marin and Tommy Chong did pretty much the exact opposite, but their influence on the cannabis movement is equally important. Though we might look at them now as the stereotypical stoners, their zany stoner comedies shifted the tone on cannabis from a dangerous drug that twisted minds and ruined lives to something much more light-hearted and silly. In their world, smoking weed made you go on weird and fun adventures, not homicidal rampages.

“We were so far ahead of ourselves when it comes to how we showed marijuana and the idea of legalization,” Chong once told Rolling Stone. “We kept saying, ‘We are middle-of-the-road-dopers. We represent the norm. You just don’t realize it yet.’”

How right they were!

If Cheech and Chong normalized cannabis for an earlier generation, Snoop did the same for today’s cannabis-loving Millennials. They grew up listening to his raps about blowing trees, watching his iconic cameo in the epic weed comedy Half Baked, and scream-singing along to the end of “The Next Episode.”

There’s a reason he joins Jack Herer as one of the only people to have a strain of cannabis named after them organically. Sure, Snoop’s a ganjapreneur who sells his own Snoop’s Dream now, but it ain’t branding. He earned the honor!

On a much less pro-cannabis note, Harry Anslinger’s influence on everyone’s favorite agricultural product cannot be denied. The original prohibitionist, Anslinger was the first commissioner of the Federal Bureau of Narcotics, the nation’s first drug control agency. He hated pot, and used a lot of coded racist language to drive through a ban on it, the Marihuana Tax Act of 1937. Where cannabis had once been a commonly prescribed medicine, even being sold by respectable pharmaceutical giant Eli Lilly, it was suddenly a dangerous substance that could get you jail time. If not for Anslinger, things could have gone very differently for cannabis in America. And, by extension, cannabis all over the world.

What Anslinger did, former Deputy Attorney General James M. Cole undid. Well, for all intents and purposes. He didn’t legalize cannabis, of course, but he did write a memo that paved the way for the legalization initiatives in Washington and Colorado that kicked off the modern legal cannabis era. His memo laid out eight criteria for states that wanted to legalize cannabis and avoid federal enforcement, including keeping cannabis out of the hands of minors and instituting a strict system of controls to keep state-legal cannabis from crossing interstate borders. While his memo was eventually rescinded by Attorney General Jeff Sessions, the industry it allowed to flourish is now a juggernaut, and stemming the tide of legalization looks increasingly unlikely.

She’s not exactly a household name, but Alison Holcomb deserves her due. As one of the ACLU’s top lawyers in Washington State, she worked tirelessly to help pass Initiative 502 against stiff opposition. Anyone who knows the history of I-502 knows that it barely passed, and Holcomb’s campaign research was instrumental in making sure it did. She focused the campaign on restorative justice—emphasizing that legalizing weed was about righting the wrongs of the Drug War—and won over the hearts of many skeptical Washingtonians, making history in the process.

Enjoy the latest and greatest from Herb, enter your email below to get exciting cannabis updates delivered to your inbox.
September 05, 2018 — Last Updated
Written by Tobias Coughlin-Bogue