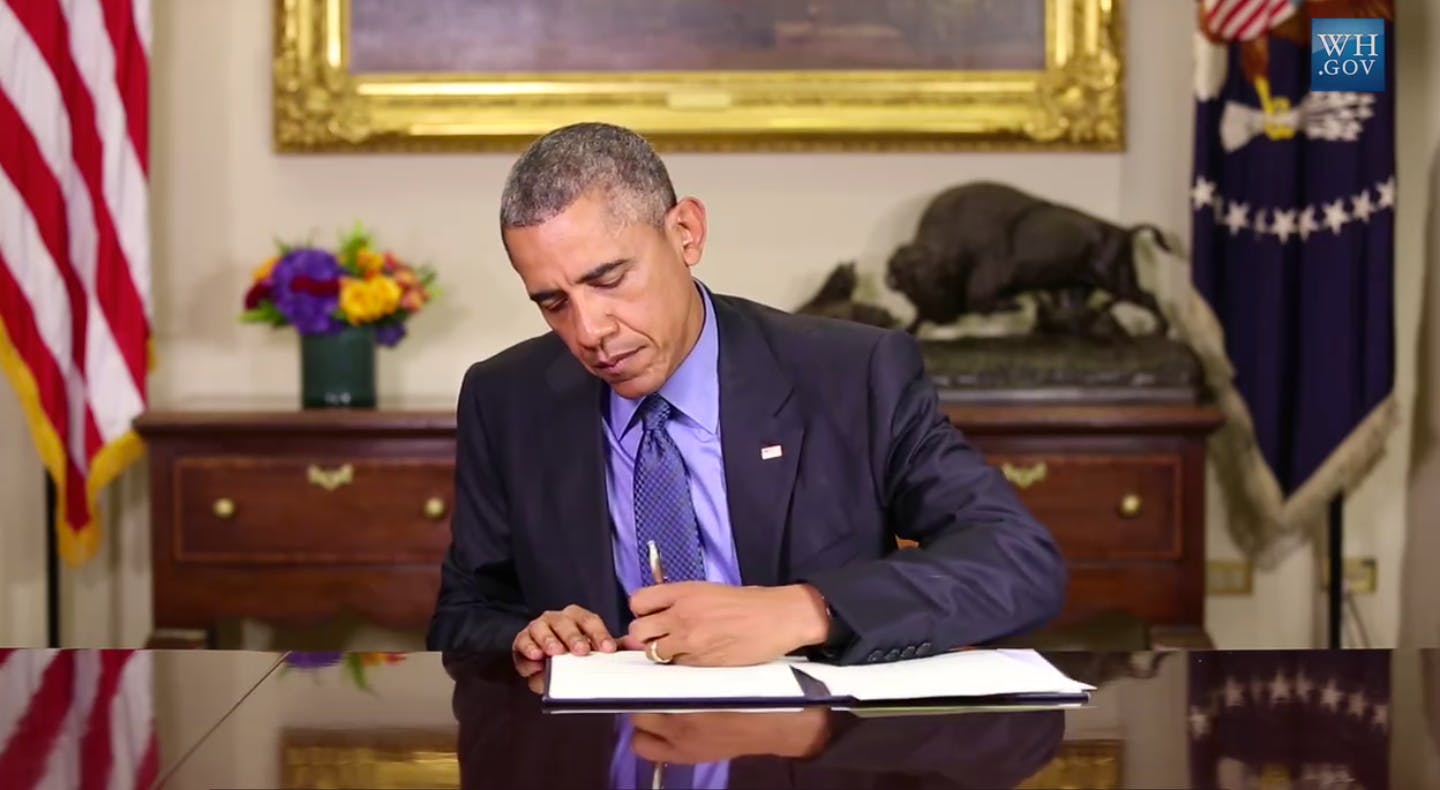 President Obama Cuts Sentences of 46 Drug Offenders, the Largest Clemency Since the 1960’s.

President Obama reduces 46 non-violent drug sentences, the largest clemency in a single day since the 1960’s. And he’s not likely to stop there.

On Monday, President Obama reduced the sentences of 46 non-violent drug offenders, the largest clemency in a single day since the 1960’s.

“I certainly would expect that the president would consider the use of this kind of executive authority in the future.”

President Obama noted that nearly all of the offenders commuted, under today’s law, would have already served their time. He adds:

“Right now with our overall crime rate and incarceration rate both falling, we’re at a moment when some good people in both parties, Republicans and Democrats, and folks all across the country are coming together around ideas to make the system work smarter, make it work better, and I’m determined to do my part wherever I can.”