Province Brands says they’ve figured out how to make a weed beer that hits—and fades—fast. 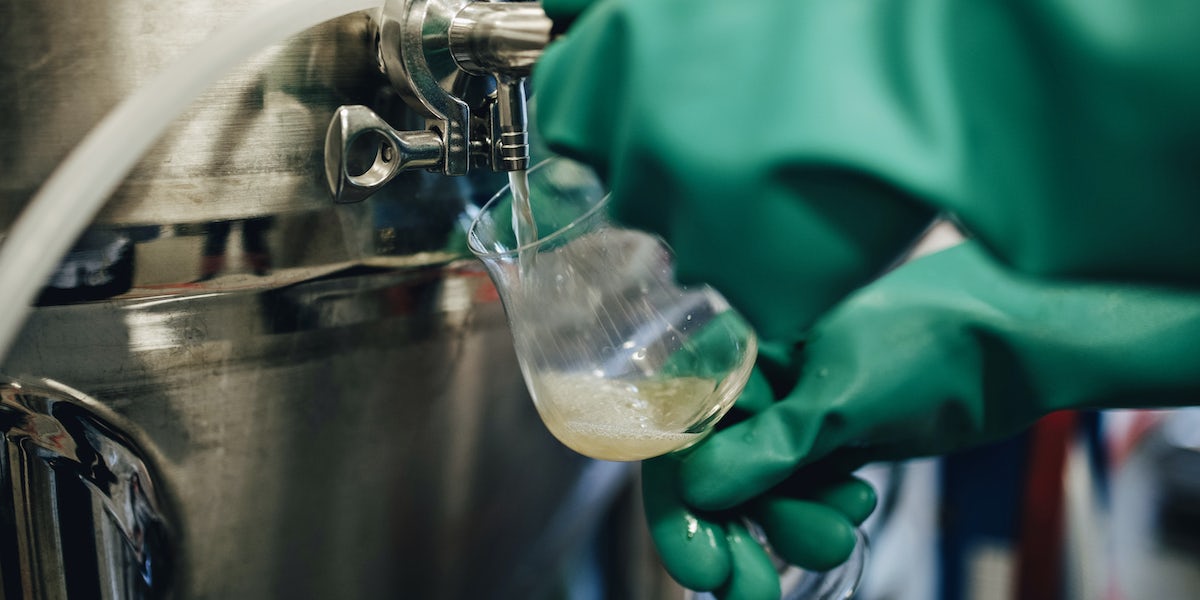 Photo by Maskot via Getty images

A new weed beer on the Canadian market claims to contain a ‘decelerant’—a compound that makes its effects fade fast—which has scientists puzzled. Province Brands, a startup in the infused beverage sector, announced their weed beer earlier this year, already unique among other THC-infused drinkables in that it is brewed entirely from the cannabis plant. Instead of barley, it contains the stems, stalks, and leaves of hemp plants, and each weed beer clocks in at 6.5 mg THC.

But that’s not their only differentiator in the already crowded weed beer market. The company also claims their brew contains mysterious accelerants and decelerants that would give it a much more rapid onset and sunset than traditional edible cannabis products, making it more like a regular beer. You drink one, you feel buzzed, the buzz fades, and you’re sober again. Indeed, they even bill their weed beer as “the alcohol killer.”

“The beer hits you very quickly, which is not common for a marijuana edible,” CEO Dooma Wendschuh told The Guardian. A recent article in the Toronto Star outlined the company’s plans to collaborate with Element GP, an Alberta cannabis oil producer, to create a different kind of cannabis edible. Element claims it has made a special cannabis oil for Province’s weed beer, one that will achieve the tight window of intoxication they’re looking for.

“With a lot of edibles in the food and beverage cannabis business, you might have a drink that you enjoy but you’ll only be able to drink one ounce of it and you’ll be screaming high for four hours. Whereas this is something that we don’t want to do,” Element CEO Christopher Lecky told the Star.

However, according to Inverse, some scientists are skeptical that that’s even a thing when it comes to pot. The special weed beer formula would work by speeding up the rate at which the THC in the beer is metabolized which, according to University of Washington Department of Pharmacy professor Gail Johnson, is tough to do.

“I can’t think of a way this would at all be possible,” she told Inverse. “The way this works is to increase the production of enzymes, and it takes days to do that.”

While there are some substances that are known to induce the type of enzyme production that would help your liver clear a drug—St. John’s wort, for one—Anderson told Inverse that she doesn’t know of any that have an acute effect, similar to what Element GP was talking about. One would need to be continuously taking those compounds to see a noticeable increase in drug metabolism.

But, as UC Irvine pharmokineticist Daniel Piomelli, PhD, told Inverse, “They may have patented or not, so the information may be completely inaccessible.”

His guess wasn’t too far off, it seems. Province Brands declined to respond to Inverse’s inquiry about their weed beer, but sent Herb the following statement, from CEO Dooma Wendschuh:

“As mentioned in the Inverse piece, the decelerant technology which is currently under development for our non-alcoholic marijuana beers is one of the features that will truly set our premium beers apart.
We would love to tell you more but at least until the patent applications are filed and become public all we can say is that it is a proprietary process.  We are not surprised that the description of what we are doing baffles people.  In fact, turning the seemingly impossible into reality is what we do best at Province Brands. When we first set out to make a beer brewed from the cannabis plant (instead of barley or grains and without adding any carbs or sugars) the world’s leading master brewers told us that was impossible too. Yet here we are!  We have done it!
We are so fortunate to work with some of the most talented and innovative scientists in the world who have helped develop our patent-pending brewing techniques and others who are hard at work developing our decelerant. We hope that we’ll continue to surprise the world with our innovations and further set ourselves apart from all the others racing to follow our lead and enter the cannabis beer space.”
I guess we’ll just have to wait!
August 11, 2018 — Last Updated November 27, 2019
Written by Tobias Coughlin-Bogue

Get 20% off premium weed and discover the latest products, news, and deals in cannabis.
August 11, 2018 — Last Updated November 27, 2019
Written by Tobias Coughlin-Bogue