Now Reading:Culture | The Best Rap Songs About Weed, Blunts, Bongs, and Getting Faded 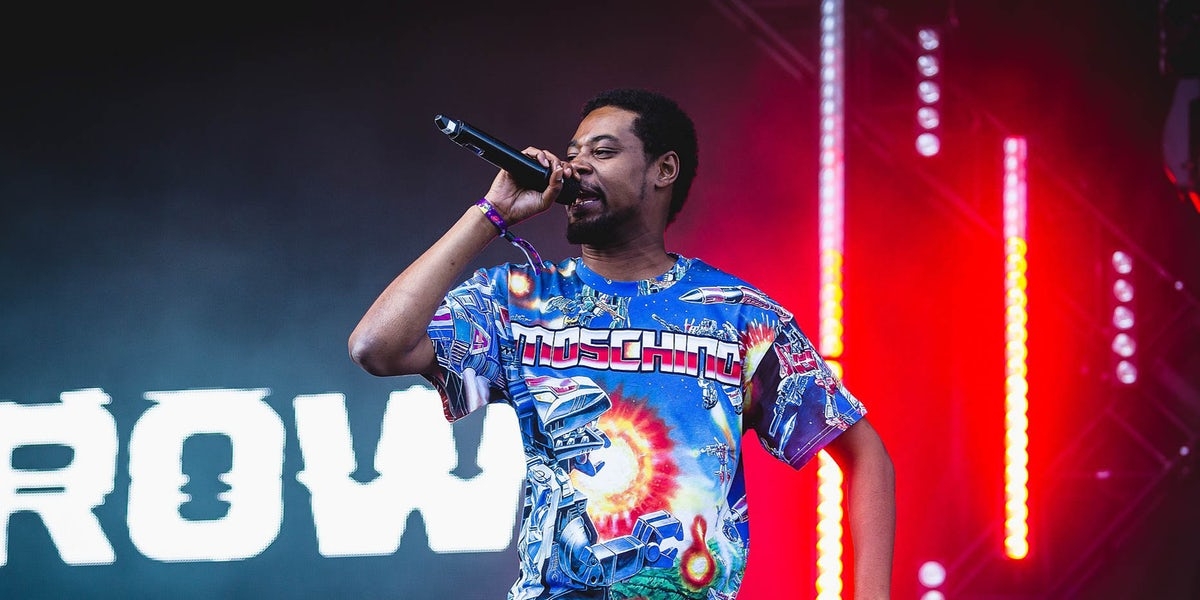 The Best Rap Songs About Weed, Blunts, Bongs, and Getting Faded

‘Smoke weed everyday’ is just one of many famous lines from the best rap songs about weed created by the genre’s greats.

Rap’s role in shaping cannabis culture is monumental. The music has had an undeniable influence instigating public opinion and challenging government regulations and discrimination. Rap’s uprising, along with cannabis, often seems synonymous.

Long before the Internet became a household amenity, rap served as a way for people in the cannabis community to communicate with each other and disseminate information to the masses. People listening to rap songs about weed over the years also adopted terms or phrases from different areas of the world and integrated the lingo into their own lexicon. In the long run, this helped form cannabis culture into what it is today: a movement of people capable of communicating through multiple, accessible mediums of expression, specifically, music.

While rap is responsible for some seriously iconic songs, it has also created some of the most prolific cannabis enthusiasts who used their platform to bring cannabis from the counter-culture movement it was, into the mainstream phenomenon that it is now.

The Best Rap Songs about Weed 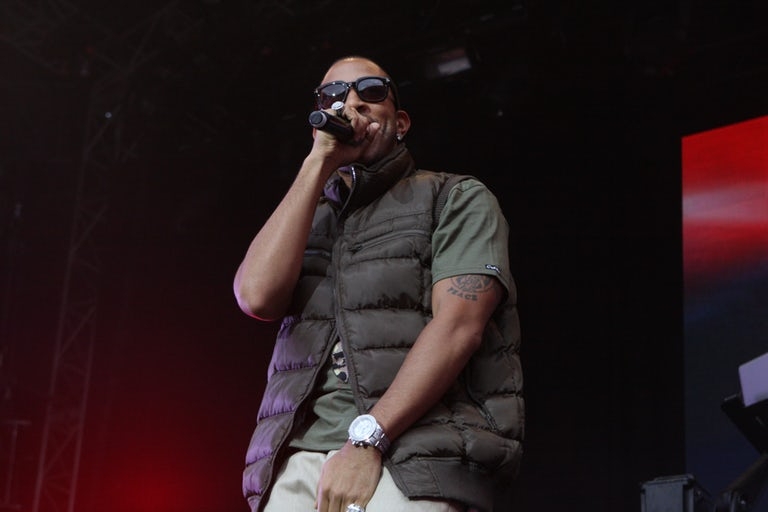 ‘Blueberry Yum-Yum’ from Ludacris’ The Red Light District borrows its title from the cannabis strain of the same name. In his song, Ludacris gives a shoutout to everything that keeps life’s party bumping: sticky weed, rolled blunts, and getting lit.

But it doesn’t stop there. ‘Blueberry Yum Yum’ has all of the necessary ingredients for a certified rap banger that says kick back, vibe, and let your mind drift, and yet, is energizing enough to keep you attentive and hyped for the ongoing party; much like the Hybrid strain itself. 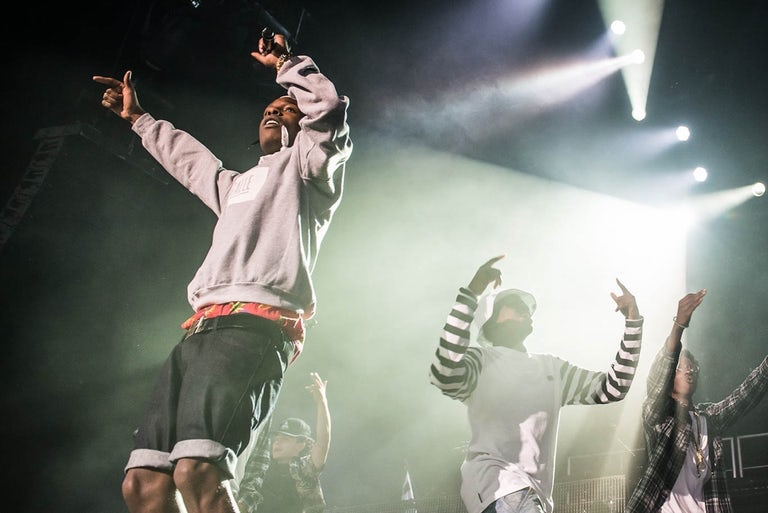 A$AP Rocky’s track ‘Purple Swag’ launched the Brooklyn rapper and his posse’s career. The song was such a success for its hypnotizing beat, catchy lyrics, and visually pleasing music video, that it resonated with listeners as being the ode to end all odes in honor of purple kush. 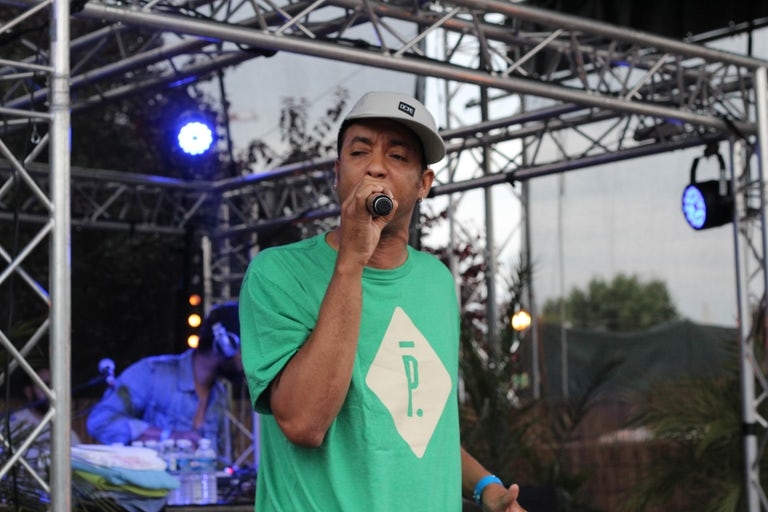 The Pharcyde’s ‘Pack the Pipe’ is a song that was way ahead of its time, and therefore, is even more relevant today. The track comes off the West-Coast rap group’s debut album, Bizarre Ride II, which debuted in 1992. Its lyrics stand out for tackling issues surrounding cannabis and its stigma, like why educating youth about the plant is taboo, as well as addressing people’s choice to use harsh drugs over cannabis. Pass the pipe, pass the pipe, pass the pipe. 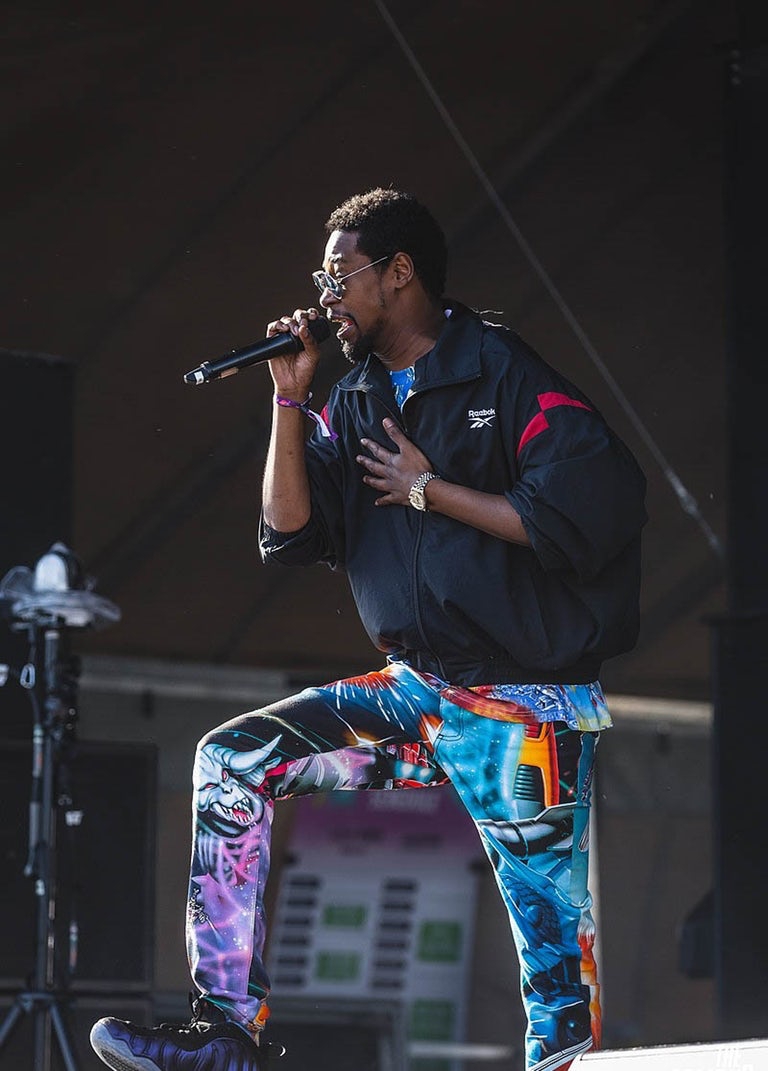 Danny Brown is one of the most original voices to emerge out of music in recent memory. ‘Get High’ off of his most recent album, Atrocity Exhibition, is so remarkably minimal. It cloaks weed’s powerful healing effects around several fabricated tongue-in-cheek situations about life taking a turn for the worse while pointing out that no matter how bad life can get, weed can be the saving grace. 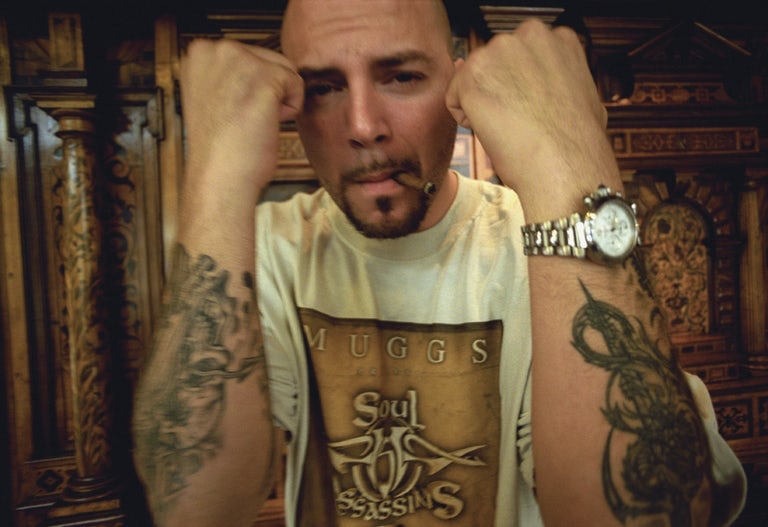 Photo by Mika-photography via WikiMedia Commons

Cypress Hill might have the most rap songs about weed of any artists in history. ‘Hits from the Bong’ is no different, and another flawless track that’s equal parts trippy and upbeat. The lyrics focus on the greatness and effectiveness of taking hits from a bong. As far as rap songs about weed go, this is a solid example of how a weed anthem can sound. 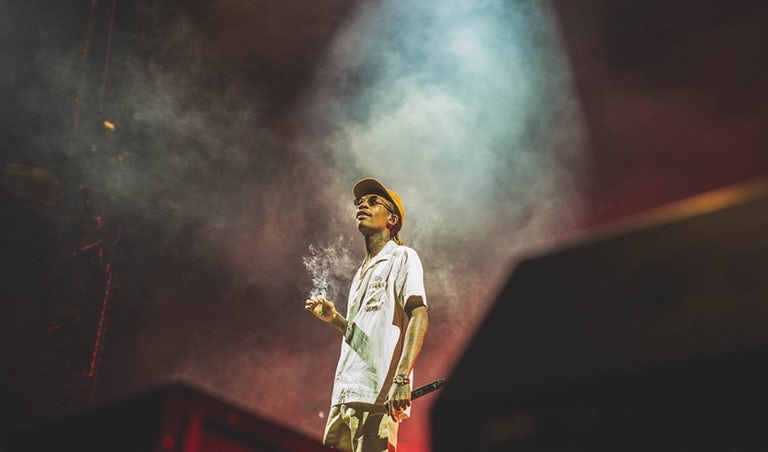 Wiz Khalifa has become the modern face of cannabis culture. The prolific rapper’s music, persona, and image encapsulate everything that cannabis culture represents today. ‘KK’ references Khalifa’s very own signature strain, Khalifa Kush. It’s a great song and example of the new, evolving era of cannabis culture that manages to stay in tune with past eras and the new, emerging landscape. 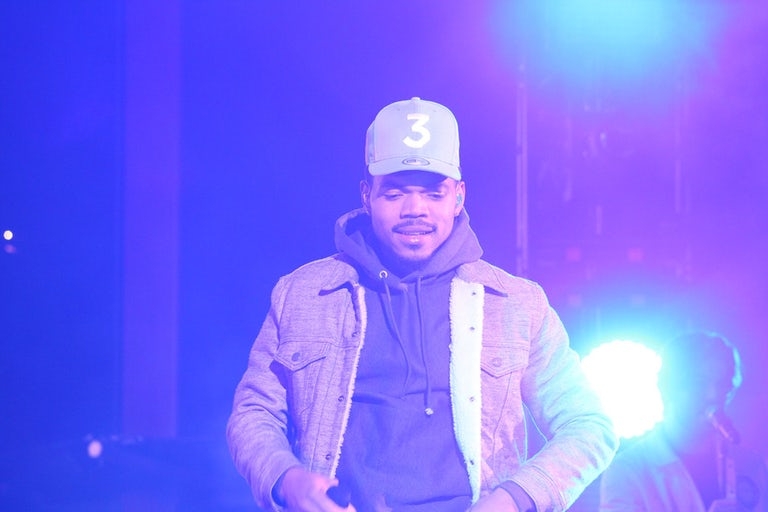 Rap songs about weed resonate with cannabis users because they tend to touch on the commonalities and shared experiences that involve smoking herb. That’s why Chance the Rapper’s ‘Smoke Break’ is such a hit among the new generation of hip-hop listeners and cannabis enthusiasts alike. It’s lyrics like “We just been smoking a bowl, we don’t get no time to roll” that unites herb lovers everywhere. 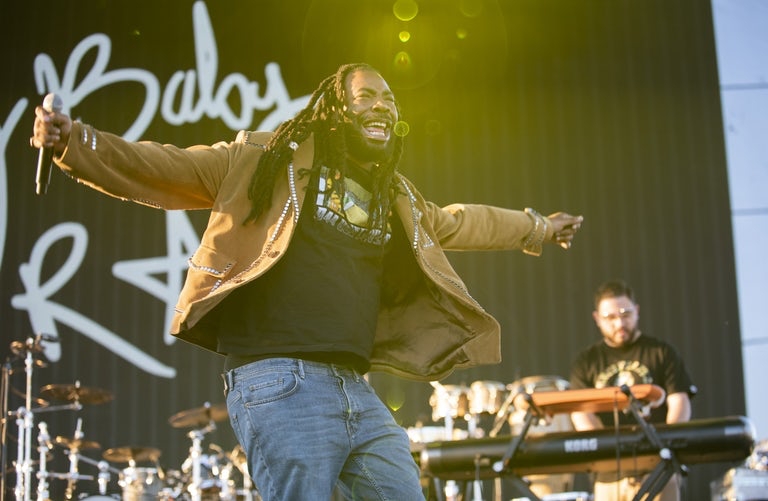 D.R.A.M.’s ‘Broccoli’ is pretty fun, though it has little to do with smoking up, aside from its title and chorus. Still, it shows the world how far hip-hop has come as an art and as a means of expressing the current generation of cannabis culture. 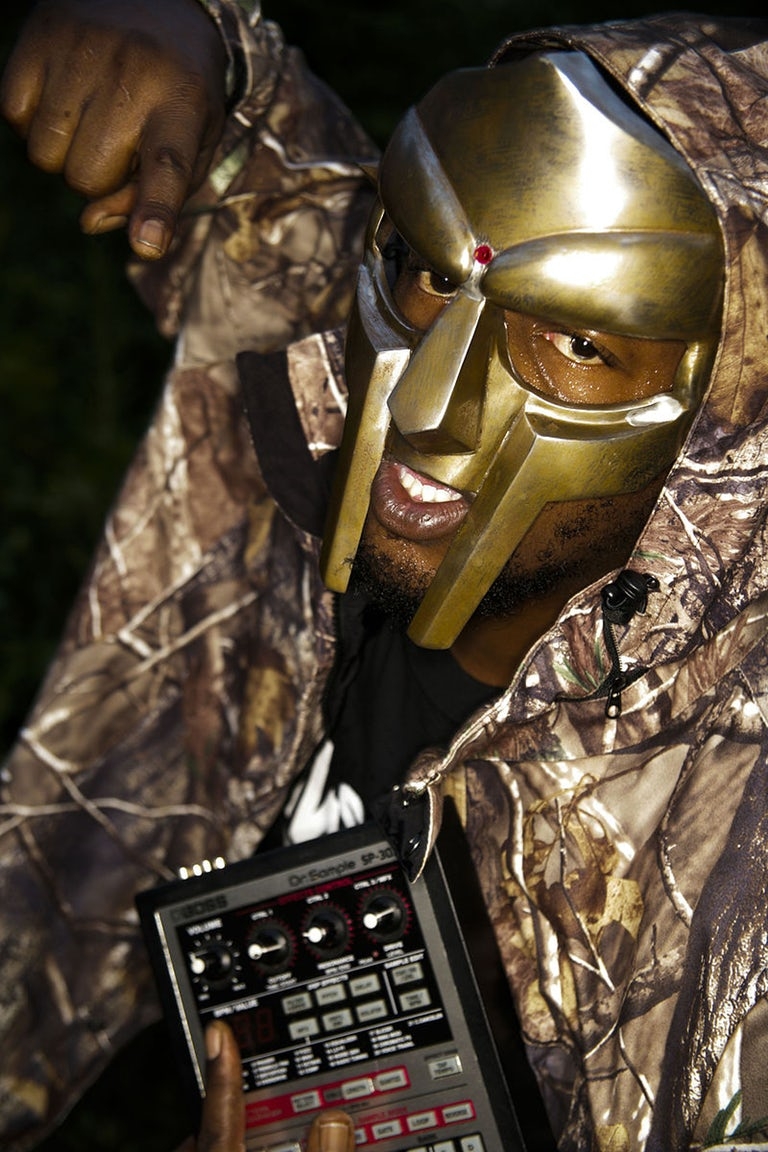 ‘Wild guess? You could say he stay sedated
Some say buddha’d, some say faded
Someday pray that he will grow a farm barn full
Recent research show it’s not so darn harmful.’ 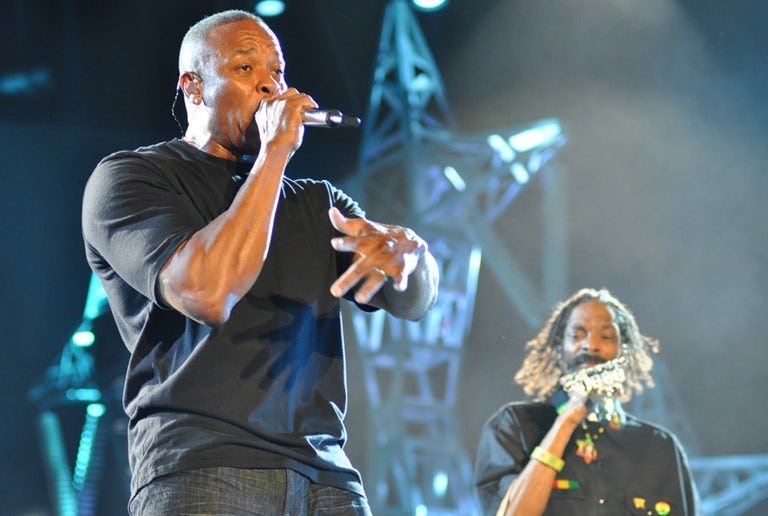 Most people (incorrectly) call this song “Smoke Weed Every Day,” and it’s understandable why. What many people mistake as Snoop Dogg’s coinage and the title of the song, is said by none other than the late, great, Nate Dogg. The Next Episode is a certified rap-banger and a hallmark classic to the genre because it captures the era’s ethos and attitude towards cannabis, its culture, and authentic rap styles. 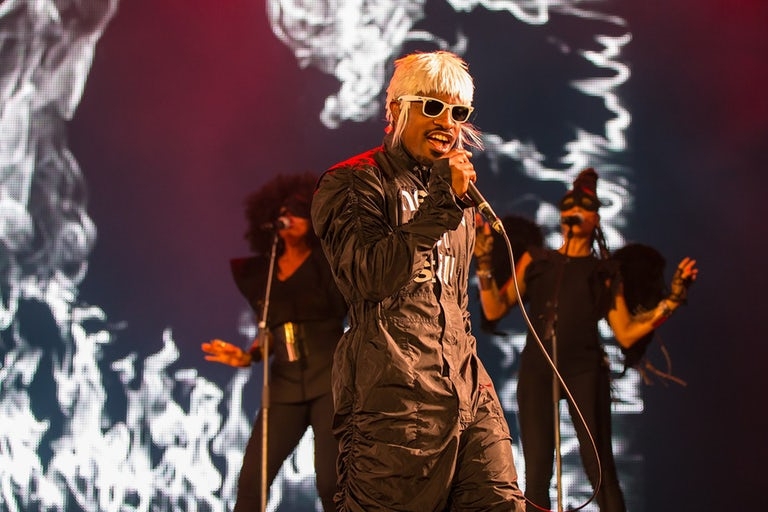 On OutKast’s debut album, Southernplayalisticadillacmuzik, the rap classic doesn’t focus solely on cannabis as much as it reflects on the setting and times that Big Boi and Andre 3000 were accustomed to. Like Danny Brown’s ‘Get High,’ ‘Crumblin’ Erb’ focuses more on how cannabis acts as a remedy for the soul in times of hardship. The duo rap back-and-forth about the trouble in the world around them and how the chaos can subside when sticky goodness is around. 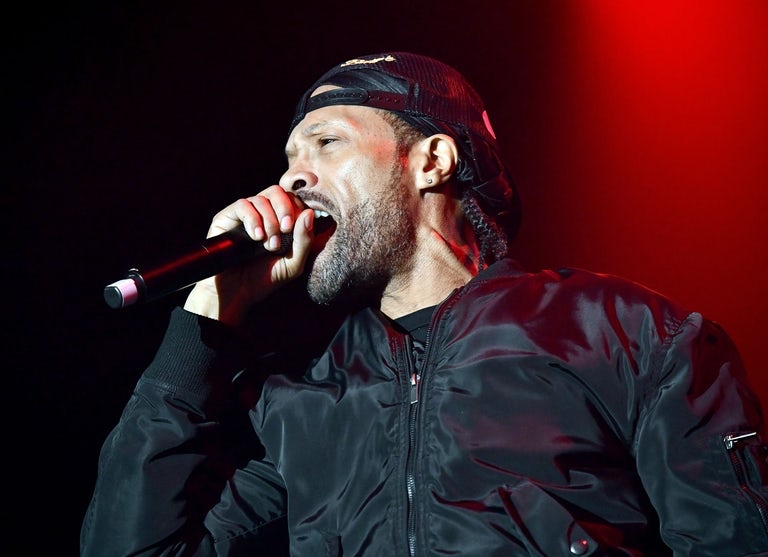 INGLEWOOD, CA: Rapper Redman performs onstage during the KDay 93.5 Krush Groove concert at The Forum in 2018 in Inglewood, California. (Photo by Scott Dudelson via Getty Images)

Redman’s ‘How to Roll a Blunt’ is the best song about blunts ever created, period. Not only does he provide a step-by-step guide for rolling a blunt, but it also blesses us with the sass that has made Redman a staple of the genre and culture.

The track comes from the rapper’s first full-length album. Considering the song’s release in 1992, it was pivotal in giving people a process for their blunt rolling endeavors, including where to buy a Phillie. Who doesn’t love learning? 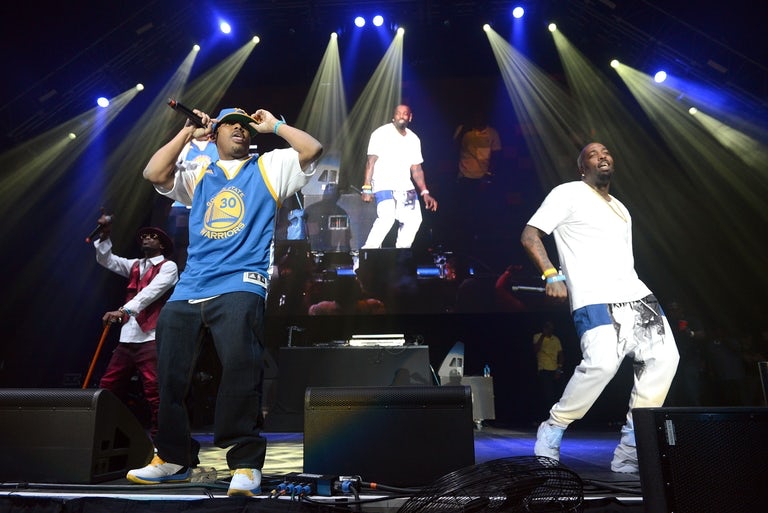 INGLEWOOD, CA: Rappers Numskull (L) and Yukmouth (C) from Luniz perform onstage during the 93.5 KDAY Krush Groove 2017 concert at The Forum in 2017 in Inglewood, California. (Photo by Scott Dudelson via Getty Images)

The Luniz track ‘I Got Five On It’ is a classic on its own. It is, however, about having five bucks on a fin of loud. The title of the track and main hook of the song calls an agreement of sharing half of the dime. What it also accurately points out is the fellowship that cannabis has, and how sharing weed is always possible if you’ve got a friend on the same level as you. 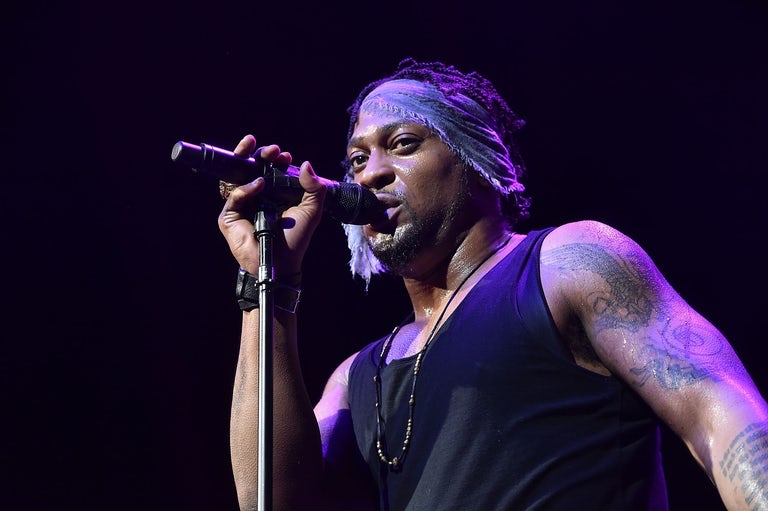 While D’Angelo’s music does lean on the Soul and R&B side of the musical spectrum, ‘Brown Sugar’ still qualities in a list of rap songs about weed. After all, the song is thinly veiled as an ode to a woman, though D’Angelo is inconspicuously singing about his first time smoking our favorite herb. He even says that every time he makes love to her, his eyes turn burgundy-red. It doesn’t get much smoother than that.

There’s no doubt that there are many other rap songs about weed being bumped as you read this. Which ones did we miss? Let us know in the comments below.

The Herbalist: 5 New Grows To Look Out For This Month