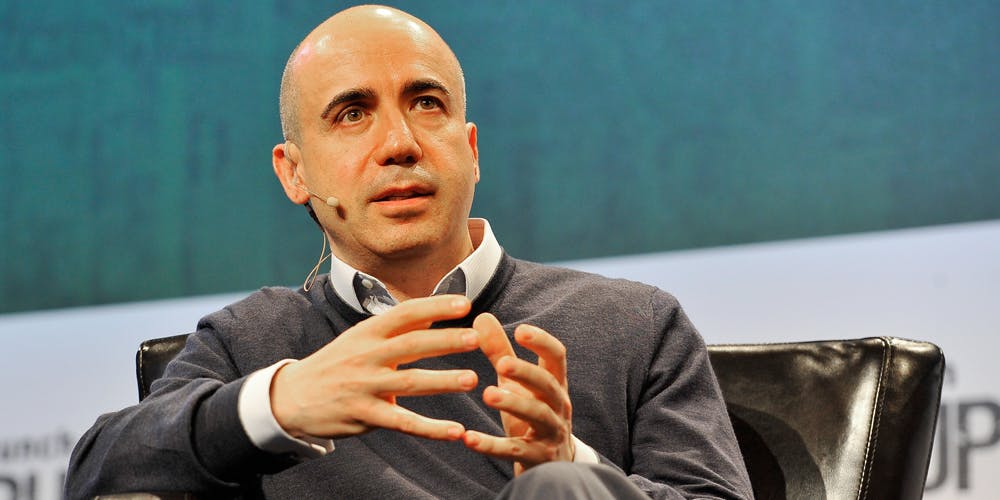 This is the first object from another solar system ever spotted by astronomers.

As though it wasn’t crazy enough that astronomers spotted the first-ever interstellar object soaring through our solar system in October, they’re now blazing to find out whether it may be of alien origins.

The object, shaped like a massive joint, is named Oumuamua (a Hawaiian portmanteau for ‘a messenger that reaches out from the distant past’). Astronomers have been particularly interested in its slender, roach-like shape and are uncertain of how such an object could have formed naturally.

Breakthrough Listen, a Russian company dedicated to scanning the skies for alien life, and its billionaire owner, Yuri Milner, had a theory. “I’m not saying that any of that is necessarily a smoking gun or super exciting, but I think it warrants thorough investigation,” Milner told The Atlantic. Breakthrough Listen found Oumuamua’s metal build up and the fact that it isn’t leaving a trail, which suggests it isn’t breaking apart, curious.

Oumuamua probably isn’t the first interstellar hunk of something to pass through our solar system from another one, but it’s the first the science community has detected. A team of scientists in Hawaii spotted it with a telescope and tracked it with the help of astronomers abroad. They presented their findings in November: that it was made of an unidentified metal, spinning wildly, flying at more than 20 miles per second, and looked like god dropped his spliff.

Milner collaborated with Virginia’s Green Bank Telescope earlier this week, designed to pick up even the faintest of radio signals, to get some more insights into its origins. But alas, Green Bank found that the mysterious Oumuamua, the cosmic space joint is… not emitting any radio signals. The telescope combed through billions of radio channels to see if anything could be picked up, and while the team is still breaking down their findings it doesn’t appear to have blipped.

Not everyone is convinced that Green Bank’s methods are comprehensive enough to decide if this strange thing is of alien origin. Jason Wright of Penn State told Gizmondo that he’s still holding out hope. “This is the first interstellar asteroid we know, and we expect to find many more in the future,” said Wright. “By undertaking this campaign, Breakthrough Listen is developing a protocol for these observations, and making us all think harder.”

Besides, weed doesn’t emit a radio signal. I could have told Yuri Milner that.