Scientists Confirm Cannabis Has Been Helping Society for 10,000 Years

From hemp products to medicine, cannabis has been helping society for 10,000 years. But what’s next? 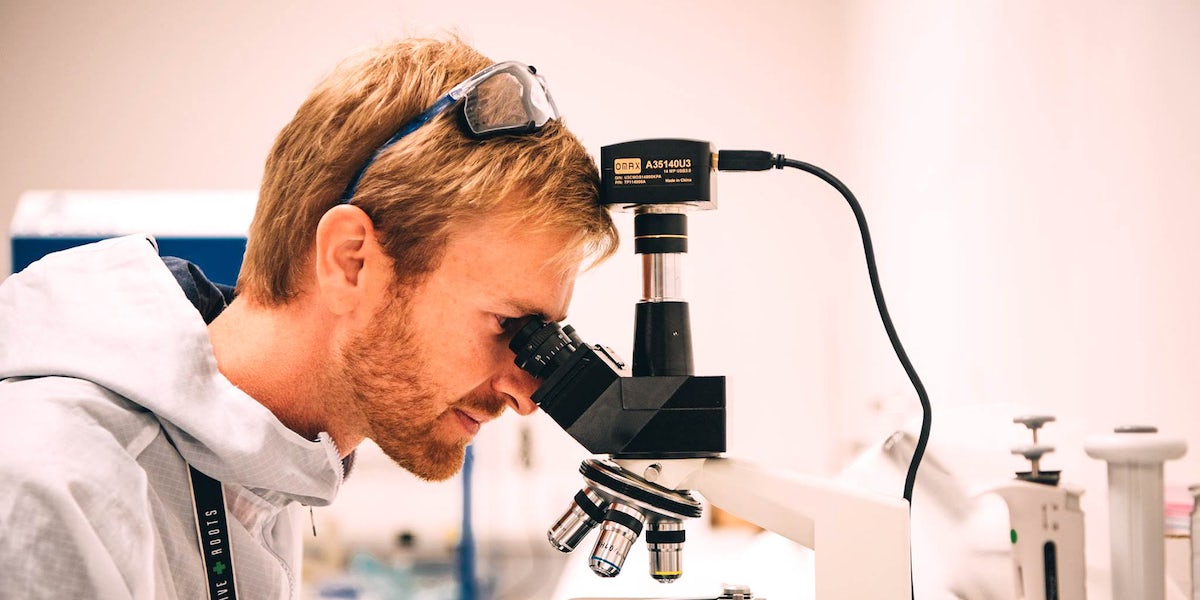 Cannabis has been around for a long, long time. We know this much is true. But as Marijuana Moment recently reported, a scientific study examining its history shows cannabis has been helping society for 10,000 years. The fifteen-page scientific review in the Journal of Ethnopharmacology traces society’s Cannabis sativa L’s use from 8,000 BC to the present day. We’ve rounded up some of the most prominent findings.

Where Does Cannabis Originate?

According to the study, cannabis originated in Asia, “sharing its origins” with the first agricultural societies in the region. Basically, cannabis has been an important crop since farming became a thing. The study also points out that the endocannabinoid system is “ancient” and was “present in the most primitive vertebrates with a neuronal network.”

Then, from 8,000 to 200 B.C., hemp fiber was used in societies throughout Asia and spread into Europe. According to the study’s timeline, cannabis fibers were first made in Taiwan, then rope appeared in Russia, and later, Greece.

When Did Cannabis’ Medical Benefits Emerge?

The study notes many societies have used cannabis medicinally throughout history. But, their research shows that the Chinese emperor, Shen Neng, was the first to prescribe cannabis medicinally around 2,737 B.C. Although as Marijuana Moment reports, this is often contested. Known as the “father” of Chinese agriculture, emperor Shen Neng included weed in the first Chinese pharmacopeia.

When Did People Start Using Weed to Get High?

This is another hotly debated issue. According to the study, the first mention of cannabis’ intoxicating effects is in the first century. Plutarch, a Greek writer and philosopher (45-120 CE), mentions the Thracians, a group of Indo-European tribes in Eastern and Southeastern Europe, were “using cannabis as an intoxicant.”

When Did Prohibition Begin?

According to the Marijuana Moment, the first act of prohibition was in 1484 by Pope Innocent VIII. He issued a “papal bull” that condemned the use of cannabis as well as witchcraft.

When you look at the cannabis timeline created by the researchers, you realize prohibition is such a recent development in the overall history of marijuana and hemp. For thousands of years, societies discovered new medicinal uses for the plant’s flower and seeds, as well as industrial uses for its stalk and other fibrous material.

It wasn’t until the early 20th century that cannabis was outlawed. First, the 1925 Geneva International Convention in Europe included “Indian Hemp and all resins and preparations” in their 1925 Dangerous Drugs Act, which made cannabis illegal in much of Europe, including the U.K.

Across the pond, Americans followed with the Marijuana Tax Act that was passed a decade later in 1937. This quickly led to cannabis being removed from the American Pharmacopoeia, and our favorite herb’s medicinal uses were almost forgotten until activists in the 60’s, 70’s, and 80’s reminded the world.

What’s Next For Weed?

Now that scientists have confirmed that cannabis has been helping society for 10,000 years, it’s time to look to the future. Since California passed the nation’s first medical cannabis law in 1996, cannabis is getting back on the right track in the mainstream. With the development of the legal “adult use” industry in the U.S., and soon for the entire nation of Canada, coupled with new scientific studies coming out almost daily on the potential medical benefits of the plant, one of the world’s oldest cultivated crops can finally get back to doing what it had been for thousands of years.

Enjoy the latest and greatest from Herb, enter your email below to get exciting cannabis updates delivered to your inbox.
October 09, 2018 — Last Updated
Written by Michelle Janikian