Two dispensaries in Seattle are flipping the lazy marijuana-users’ stereotype on its head. By sitting on your couch and blowing milky-tokes, you can now help to solve Seattle’s homelessness problem. 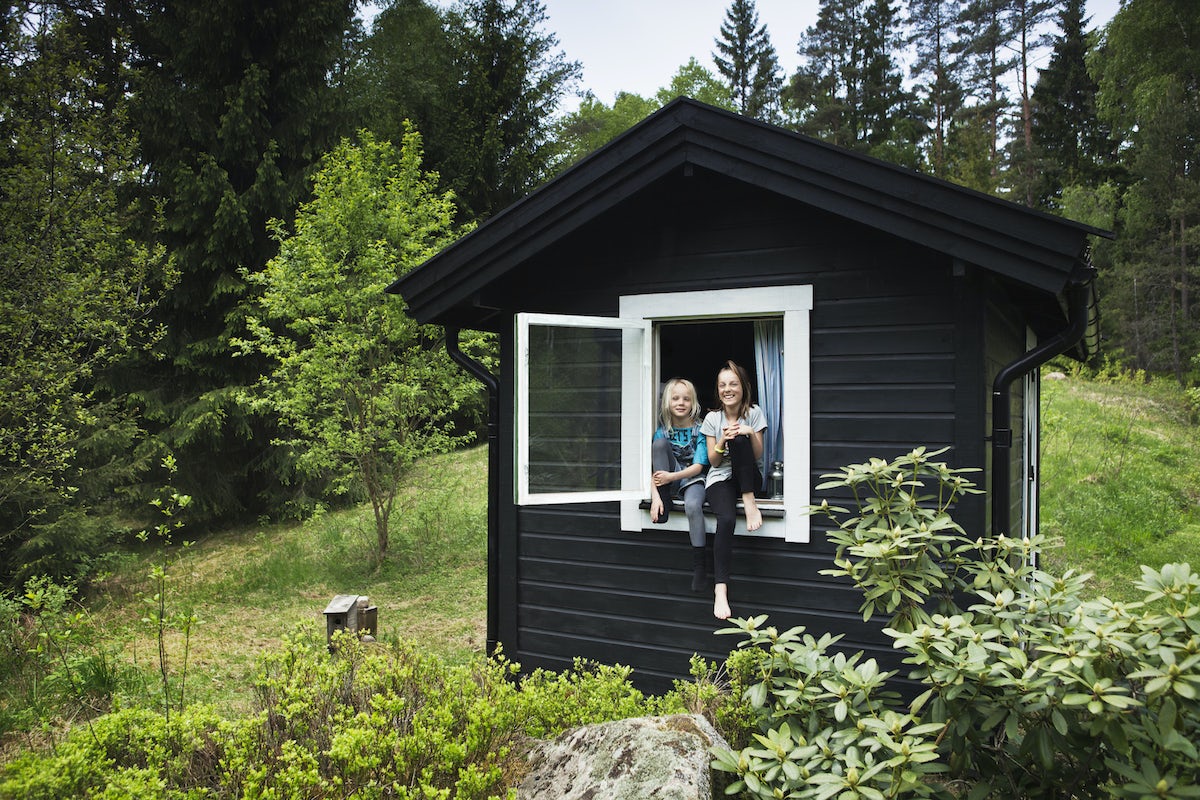 Two dispensaries in Seattle are flipping the couch-locked stoner stereotype on its head. Now by sitting on your couch and blowing milky-tokes you’ll be actively helping to solve Seattle’s homelessness problem. Has there ever been a more noble reason to get high?

The infamous Uncle Ike’s dispensary—more typically known for curing cotton-mouth with free sodas—has teamed up with Solstice, who are now selling packs of “Tiny House” branded joints in their stores, and donating a portion of the proceeds to the Low Income Housing Institute (LIHI). The initiative will financially support the construction of more city-sanctioned encampments for homeless residents. For each $23 pack of pre-rolled joints you buy, $4 goes to the LIHI.

For each pack of pre-rolls, you’ll receive three grams of 24 percent THC weed rolled into four joints, as well as the knowledge that your smoking habits are finally achieving something of purpose. You can buy these pre-rolled packs at Uncle Ike’s 23rd and Union, and Capitol Hill locations.

Solstice alone hopes to sell at least 2,500 packs of Tiny House pre-rolls, for a total of 10,000 joints. If Seattle’s marijuana enthusiasts can smoke their way through all 10,000, that translates into $7,500 donated to LIHI for a total of three tiny houses for the homeless.

Solstice’s end-goal is to quadruple this amount, to provide funding for a total of 12 tiny homes. Still, this is only a small fraction of the tiny homes needed to house all 3,000 of the homeless people currently sleeping on the streets of Seattle. Seattle’s rainy winters are not fun to brave without a home: in 2015 alone, 91 people died while living homeless in Seattle.

Uncle Ike’s and Solstice believe it’s their duty as residents and small business owners to contribute to the betterment of their city. “Uncle Ike’s is a family, and our family includes all of Seattle,” Uncle Ike’s owner, Ian Eisenberg, said in a press release. “As a small local business, we are grateful for our blessings, and we want to share them with those in our family who might benefit most from a helping hand.” Eisenberg and the owners of Solstice have also promised to personally build a tiny house each.

Seattle first started building tiny houses for homeless people last year. Not only does the tiny home model give people a place to sleep, but it also saves the city money on costs like hospital bills, emergency services, and law enforcement.

For this reason, the tiny house model has been adopted in cities from Newfield, New York, to Medicine Hat, Alberta.

The new encampments are each supposed to accommodate 100 tiny houses. With winter once more on the way, builders are hoping to wrap the projects up as quickly as possible. So go on. Smoke to your heart’s content. And if anybody tries to tell you that your smoking habits are impacting the people around you, you can tell them: you’re damn right they are.

Check out our latest pre-roll collaboration with Uncle Ike’s and LIHI (Low Income Housing Institute) to help build affordable housing for the homeless in Seattle. A portion of the proceeds goes directly to the Tiny House program. What could be better than burning a joint to help build a house? #solsticegrown #cannabiscommunity

Enjoy the latest and greatest from Herb, enter your email below to get exciting cannabis updates delivered to your inbox.
October 05, 2017 — Last Updated January 08, 2020
Written by Rob Hoffman