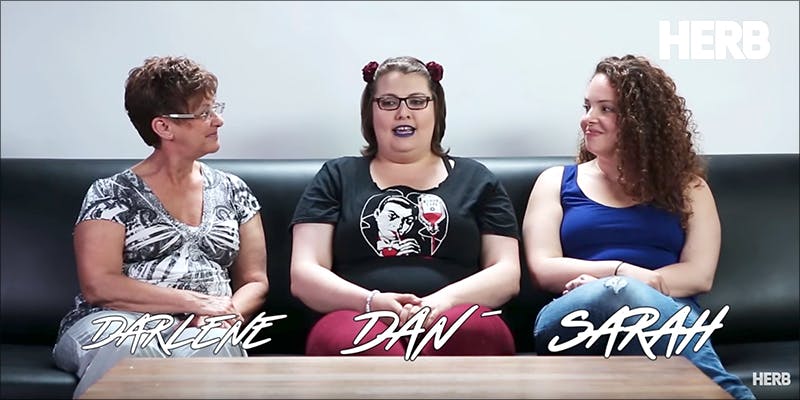 In the second episode of “Smoke Sessions,” the new weekly video series from Herb, three women get high and talk about Trump.

Following on from the debut episode of Smoke Sessions, which focused on the medical side of weed, the second episode of Herb’s new video series has more of a political slant, which sees the three guests getting elevated and discussing the impact that the Trump administration has on them and the nation.

The three women are Darlene (who is currently retired but was formerly an office administrator), Sarah (a stand-up comedian and writer), and Dani (a baker by trade).

The three women have varied backgrounds in terms of weed, too, with two out of the three women are regular smokers. But Darlene is far from a regular smoker, having only smoked weed twice in her life, with the first time being fifty years ago – that was before this video was shot, of course. Due to that lack of experience, Darlene is given a crash course in smoking a bong.

Once all three are suitably elevated, the topic of conversation is brought up: Trump. In particular, what were their thoughts when they heard Donald Trump was running for the presidency?

One answer is that it was a ploy, which would have seen Trump pulling out of the race at the last minute, so the vote would go to Hillary Clinton. Another answer is that the idea of Trump running for president was funny. But, now, it’s not so funny.

But it’s not all talk about Trump, as the joints come out and the elevation continues before the topic turns to feminism and how you smoke out of a volcano. But you’ll have to watch it to see what that’s all about.