Now Reading:culture | Someone Changed The Hollywood Sign To “Hollyweed” 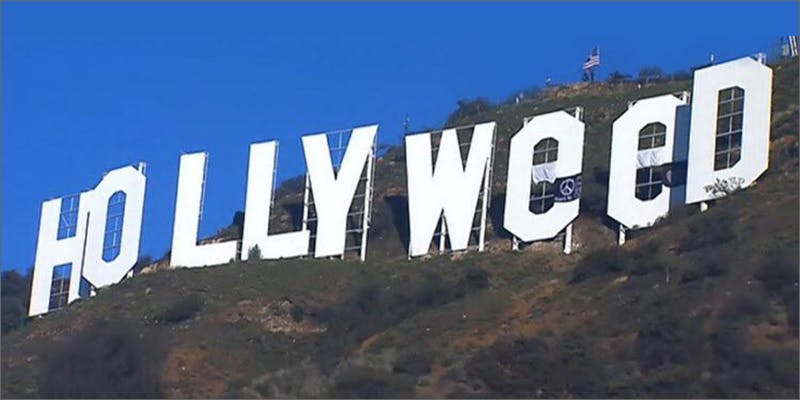 Looks like the residents of California are amped that recreational cannabis will be legal this year.

Looks like the residents of California are amped that recreational cannabis will be legal this year.

According to Sgt. Guy Juneau of the Los Angeles Police Department’s Security Services Division, security cameras captured the prankster, a lone man, climbing the fence that guards the sign at around midnight.

By placing two tarps over the “O’s” in Hollywood, he transformed the sign to read “Hollyweed.”

The tarps were taken down Sunday morning, and the sign read Hollywood once again around 11 a.m.

This isn’t the first time the sign has been meddled with. It was first altered to “Hollyweed” back in 1976.