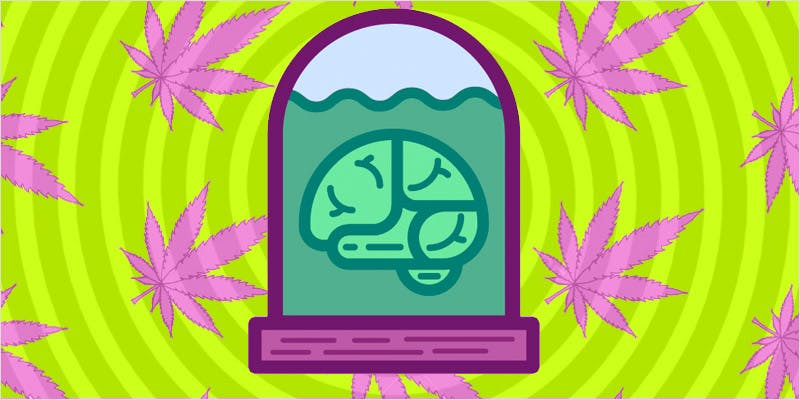 A stolen brain and chemically-altered sprayed weed make for a rather strange series of events, and this guy charged with some pretty heinous allegations.

We Pennsylvania residents are definitely known for our quirky habits. We speak differently, using slang like “yinz” and “dippy eggs,” we’re more than adjusted to experiencing all four seasons in the course of forty-eight hours and there’s no denying that we like to hunt. A lot. The first day of hunting season is even considered a holiday in most school districts. However, this Pennsylvania man takes the award for strangest-state-resident, after being charged with creating formaldehyde sprayed weed.

Wait… he sprayed weed with what?

Joshua Lee Long, of Carlisle, Pennsylvania, was charged Thursday with some pretty heinous allegations. Police believe Long had been spraying embalming fluid, taken from a stolen teaching specimen, on cannabis plants and then smoking them. Long, who is already serving time for multiple burglaries, was charged with conspiracy and abuse of a corpse.

According to police records, on June 21, Long’s aunt reported discovering what she believed to be a human brain, wrapped in a grocery bag, under her house porch. When she questioned her nephew about the brain’s existence he allegedly explained that he used the embalming fluid, which is meant to preserve the specimen, to soak his cannabis.

Later, the cannabis would be smoked to achieve a high. He even nicknamed the brain “Freddy.”

After learning of his admission to the crime, police moved quickly to ensure Long’s charges held up.

The defendant related that he knew it was illegal to have the brain and that he and another man would spray the embalming fluid on ‘weed’ to get high. – Investigating Trooper John Boardman

Where did it come from?

Long reportedly told his aunt that he had discovered the brain near a Wal-Mart parking lot, while he was cleaning out a trailer near Newville, Pennsylvania. While police have yet to confirm where exactly the specimen came from, investigating coroners have confirmed it is a true, real human brain and believe it could have been used for teaching purposes.

More than likely, Long came across the brain on one of his many burglaries and decided to steal the specimen. When exactly he decided it would be a good idea to spray the chemical-filled preserving fluid onto cannabis will probably remain a mystery forever. One thing is certain. If Long was a black-market dealer, then his customers might want to see a doctor, just to be safe.

Embalming fluid is used as a preservative, meant to stop or prevent any decomposition. The toxic solution’s most common use is to temporarily restore a natural appearance to the deceased for viewings at funeral services. Sometimes, however, the compound is used to preserve things indefinitely, like brains, small creatures or hands, generally used for teaching.

A combination of formaldehyde, glutaraldehyde, methanol and other trace solvents are used to create embalming fluid. All of these chemicals are lethal are their own, so combining them together is a literal death cocktail. While there has been a rising trend in today’s youth seeking out embalming fluid for the purpose of getting high, ingesting the dangerous combination is seriously stupid and can be fatal. Maybe get some stronger flowers, and relax a little bit. No high is worth dying over.