Now Reading:culture | How Did THC End Up In A Colorado Town Water Supply? 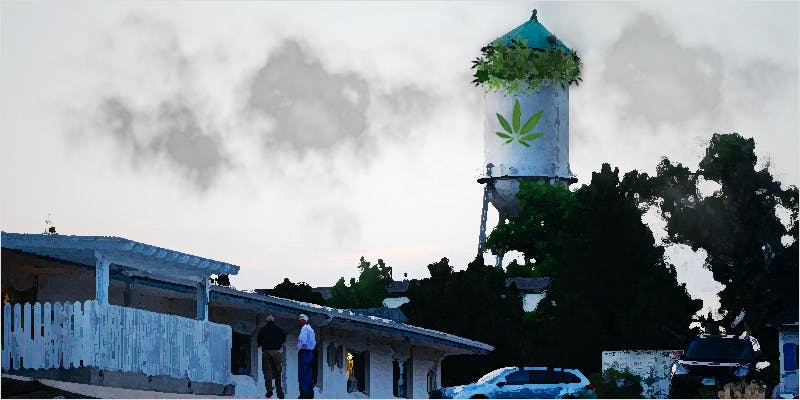 How Did THC End Up In A Colorado Town Water Supply?

One Colorado town water supply is in crisis over contaminated water. How did THC end up in the pipes?

With the crisis in Flint, Michigan still fresh in our minds, the concern over water contamination strikes a chord of fear in the hearts of many. But for one small town in Colorado (where marijuana is legal), the latest alarm will have you shaking your head. Whether out of concern or laughter is up to you.

In the small town of Hugo, population 720 people, an alarm has been raised. The whole issue began when a company testing employees for THC started getting alarming numbers of positive results. Although legal in Colorado, drug testing is a stark reality in many job fields.

When the results starting coming from employees who didn’t actually use, (and I imagine were rather adamant about the fact), they began to wonder. To establish a control for the tests, they used tap water. But when even that came back positive, with multiple test kits, they alerted the authorities.

We are checking to make sure this isn’t because of the field test kit – that it isn’t a false positive.

He makes a valid argument. Field test kits for drugs, such as those used by police during vehicle searches, have a false positive rate of up to 70%. This has landed more than a few innocent people behind bars, yet the kits continue to be used.

Yet when authorities conducted 10 other field tests, with 2 different kinds of kits, 6 came back positive. Further scrutiny narrowed down the positive results to a single well. Well #1 sits about a mile north of the town, and when sheriff’s deputies arrived to have a look around, the building showed signs of forced entry. Yowell stated:

I wouldn’t be doing my job for my community if we just wrote this off.

Both the FBI and Colorado Bureau are investigating, along with local officials. In the meantime, locals have been notified not to drink, cook with, or bathe in the water. Officials have even told residents not to give the water to animals, and to call Poison control to report any effects.

Yet this ‘contamination’ doesn’t have any probable source. There exist no commercial grow operations in Lincoln County. Furthermore, as Peter Perrone, owner of Wheat Ridge cannabis testing facility Gobi Analytical puts it, it is impossible for this to be a natural occurrence.

There is zero possibility that there’s anything like THC in the Hugo water. You know how oil and water separate? It’s the same with cannabinoids. They’re lipophilic, which means they’re fat-loving. They would never be soluble in water. In order for people to solubilize these cannabinoids in their drinks, for marijuana products like the Dixie Elixirs sold in dispensaries, it takes a lot of work. It takes so many steps to get a fat-soluble thing like a cannabinoid into something like a drink.

Money down the drain

While the fact that THC couldn’t naturally occur in the water is comforting, let’s say that it is actually in there. As Perrone said, this would have to be THC that had undergone specialized solubility treatment. Therefore, a substance that in its pure form is already as valuable as gold by weight would have been made even more expensive before being dumped down the drain.

To even show up in tests far down system amid millions of gallons of water, someone would have had to toss dozens of Dragonball sized amounts of concentrated THC into the well. If this did indeed occur, it could well be the most expensive prank of all time. One ball alone contains about 3,000 grams of pure oil. Gold currently costs $42.60 USD per gram, but concentrates go for anywhere from $25-$$75 USD a gram depending on quality. That means one high-quality 3,000-gram ball would be worth $225,000, let alone dozens.

I can’t imagine, I can’t even fathom the idea that THC would be in water at any type of solubility to create any kind of health hazard.

But when you have a presumptive positive of THC in our water supply, we take that very seriously.

There are far worse, and far more common things to be concerned about showing up in your well water. Arsenic, mercury, pesticides and heavy metals have infiltrated well water in other areas of the world due to pollution and fracking. While these substances pose a serious health hazard, THC is non-toxic and actually beneficial to the human body.

The local restaurant has been shut down, football camps canceled due to lack of showers, and the supermarket has seen a huge upswing in bottled water sales. In the heat of summer, the public pool is shuttered. Water for residents is being trucked in until the ‘crisis’ passes. Authorities said it will take days for the THC to flush out of the system.

While many residents express concern over the ‘contaminant’, others, like former mayor Patsie Smith, find the alarm rather amusing.

Indeed, at least in my perspective, Hugo residents should consider themselves blessed. What companies charge several dollars a bottle for, they get out of the tap for free. Perhaps a water bottling campaign should start, and they could sell the water for town profit, instead of letting the wonderful additive just go down the drain.

Do you believe there is actually THC in the system? Is this an elaborate prank or just another example of faulty test kits? Tell us on social media or in the comments below.