It won't be long until hemp-made houses become the norm. 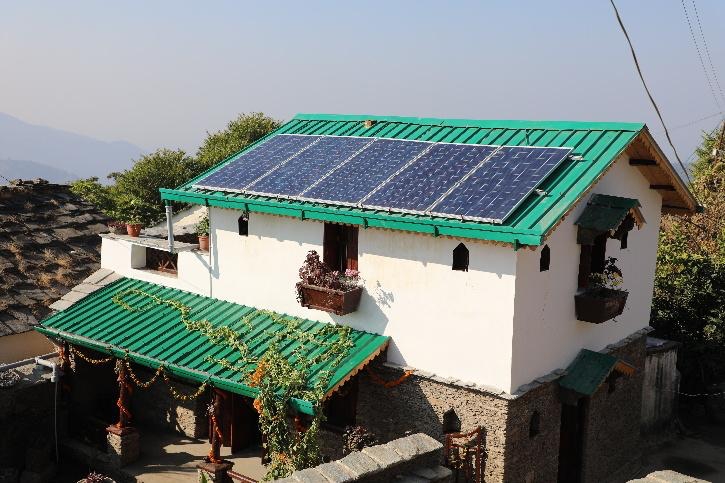 Now that modern society is finally starting to shed light on the many uses of cannabis and hemp, it seems like we’re starting to reduce the stigma around these topics.

An architect couple in India is proving that destigmatizing hemp in their country is a must, especially since locals often confuse hemp with marijuana and tie it back to drug use. The couple prides themself on their innovative uses of hemp, and they’re excited to share their latest endeavor with the rest of the world.

Gaurav Dixit and Namrata Kandwal are two architects who recently inaugurated their house, which is the first in India to be made with hemp fiber. The house is located in the Yamkeshwar block of Pauri Garhwal district in Uttarakhand, where Namrata’s ancestors were born and raised.

The house itself was crafted using a mixture of hemp, wood, and lime. The importance of building a house with hemp stemmed from Gaurav’s work in Delhi when he realized the environmental urgency and need for sustainable construction materials that have the potential to replace traditional concrete.

When the couple began researching eco-friendly alternatives in 2016, they stumbled upon the concept of hempcrete; concrete made entirely of sustainable hemp. When they moved to Uttarakhand that same year, they founded their start-up organization called Go-Hemp.

This would lead the couple to produce several formulations in order to make the perfect hempcrete. Gaurav told India Times that “After several trials and errors, we came to the current formulation,” adding that the couple uses a hemp-lime mix to make monolith walls.

Gaurav continued that he and his wife plastered the house using two innovative mixtures, one of which was hemp fiber and lime, and the “second was hemp and locally available clay.”

The 800 sq ft prototype house with five rooms was built at a cost of around Rs 30 lakhs ($40,080). Impressively, the house is entirely solar-powered through energy panels installed on the rooftop.

Last week, former Uttarakhand Chief Minister Trivendra Singh Rawat visited the house for its grand opening for public viewing. Now that the hemp-made house has created some conversations in India involving the use of hemp as a construction material, Gaurav added that it wasn’t easy for the couple to initially convince skeptical locals.

He concluded that hemp is still a highly misunderstood plant, so from the get-go, it was their goal to involve locals in the construction process “so they could see for themselves and spread the word.”

December 01, 2021
Written by BuzzMusic
Save for later
Start saving articles by clicking the heart icon and you'll find them again in your profile page.

Get 20% off premium weed and discover the latest products, news, and deals in cannabis.
December 01, 2021
Written by BuzzMusic
Save for later
Start saving articles by clicking the heart icon and you'll find them again in your profile page.