Tommy Chong’s Bernie Sanders endorsement video as seen on CNN, Rolling Stone, LA Times and others. How does he try and convince you to #feelthebern? 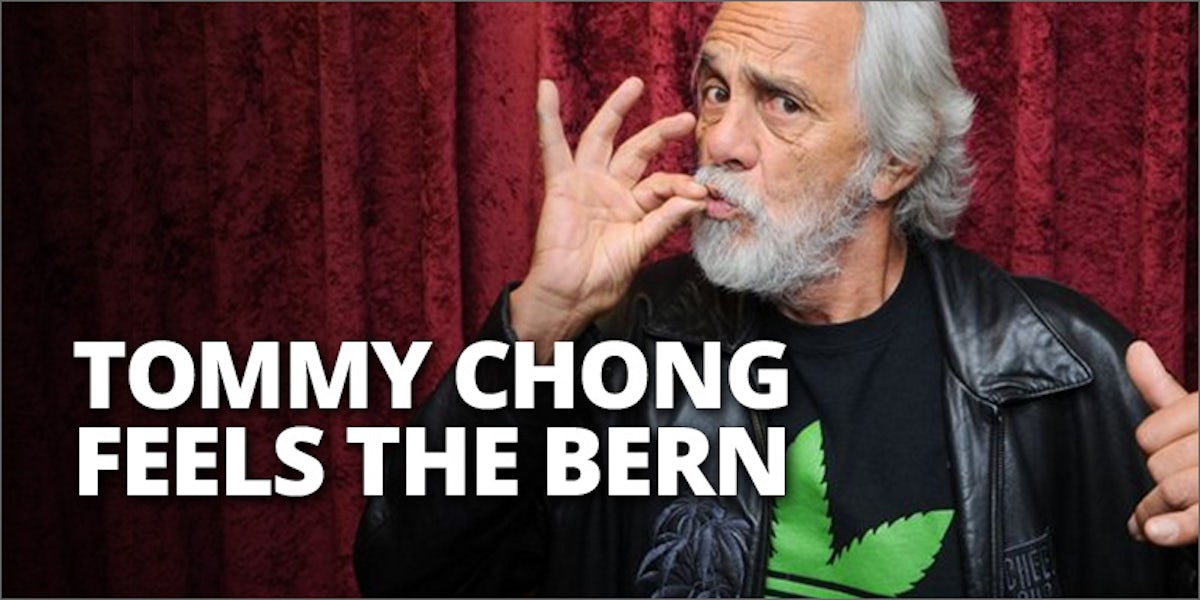 Tommy Chong has officially created a video for an endorsement for the next POTUS. Yes, that’s right. Tommy is feeling the Bern and has endorsed Bernie Sanders.

Tommy begins by comparing the politicians in this year’s race to a selection of plants with different attributes.

“The political season is beginning to heat up and the sun’s coming out and all our plants are beginning to bud. So the question is, which one of these plants are ready to harvest? There is one candidate that stands head and shoulders over them all. One who has weathered many storms and is totally ready to be the commander in chief. Or the commander is kush as I like to say.”

Tommy begins listing all of the other important policies that Bernie is promoting like fair immigration policy, living wages, and universal equality. He leaves his favorite policy for last!

“Oh, and yes, Bernie does support that other form of legalization that I care so deeply about. The legalization of the super medicine marijuana.”

A vote for Bernie Sanders is a vote for progress and change, according to Mr. Chong.

Will you be voting for Bernie? Is he America’s only shot at nationwide legalization? Let us know on social media or in the comments below!

Enjoy the latest and greatest from Herb, enter your email below to get exciting cannabis updates delivered to your inbox.
February 16, 2016 — Last Updated
Written by Lukas W