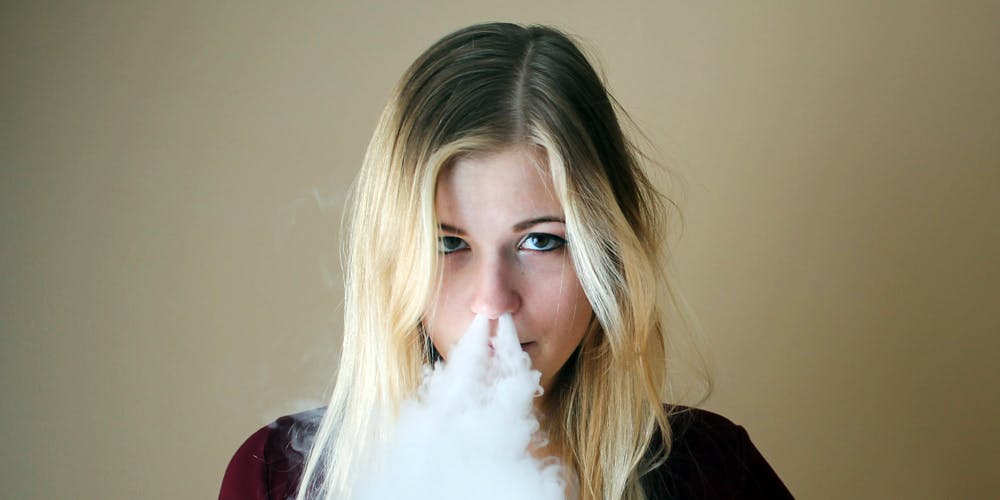 People are leaving angry Amazon reviews after scorching their lungs. Will the stupidity ever end?

I have a small request. Let’s exit this world as we entered it: with the knowledge that most of the things around us aren’t vapeable. Nicotine? Vapeable. CBD oil? Vapeable. Water? Buddy, that’s the original vapor. Somehow this modest memo isn’t making the rounds, as the magical and always inspiring people of the internet not only buy non-vapeable things in an attempt to vape them but then leave angry Amazon reviews when it all goes awry. That’s right people are trying to vape food concentrates.

Comedian and Twitch streamer Rob Whisman uncovered the world of angry Amazon reviews for concentrated food flavors, which you’d usually use for like, mint chocolate cookies, from confused bozos who thought they could smoke the stuff.

“It smells nice but when used in a vape it burns when you breathe it in,” writes a user named  Sarah on the Amazon page for Capella Flavor Drops Sweet Strawberry Concentrate with a one-star review. “Also once it’s in your vape, the flavor lingers.”

“These should not be for vapes, to much water in it,” writes a user named Connor on the page for Capella Flavor Drops Orange Creamsicle Concentrate. Again, a one-star review. “Could give someone pneumonia. Do not buy!”

Whisman seemed to only chip the tip of the iceberg. As page after page of Capella Flavor Drops products, from cool mint to glazed donuts, have been swarmed by negative reviews for poor-vapeability and FAQ questions that are, for the most part, ‘can I vape this?’

“This has a horrible after taste,” writes Kimberly’s one-star review, “like getting perfume in your mouth. It tastes nothing like glazed doughnuts. Bummer”

“Was advertised as something it wasn’t should have read it more thoroughly,” writes a more humbled, two-star review from an anonymous user.

We can get pretty hoity-toity about parents in the 50s subjecting their children to DDT dousing, but now we’re in an era where teens are eating Tide laundry pods because the regular world and nihilistic internet culture are incompatible with each other. We are at both peak stupidity and peak vape pens, so when kids aren’t trying to smoke video game controllers, they’re trying to smoke vanilla extract.