There are two types of weed shows: ones that are made for people who actually smoke weed and ones that aren’t. 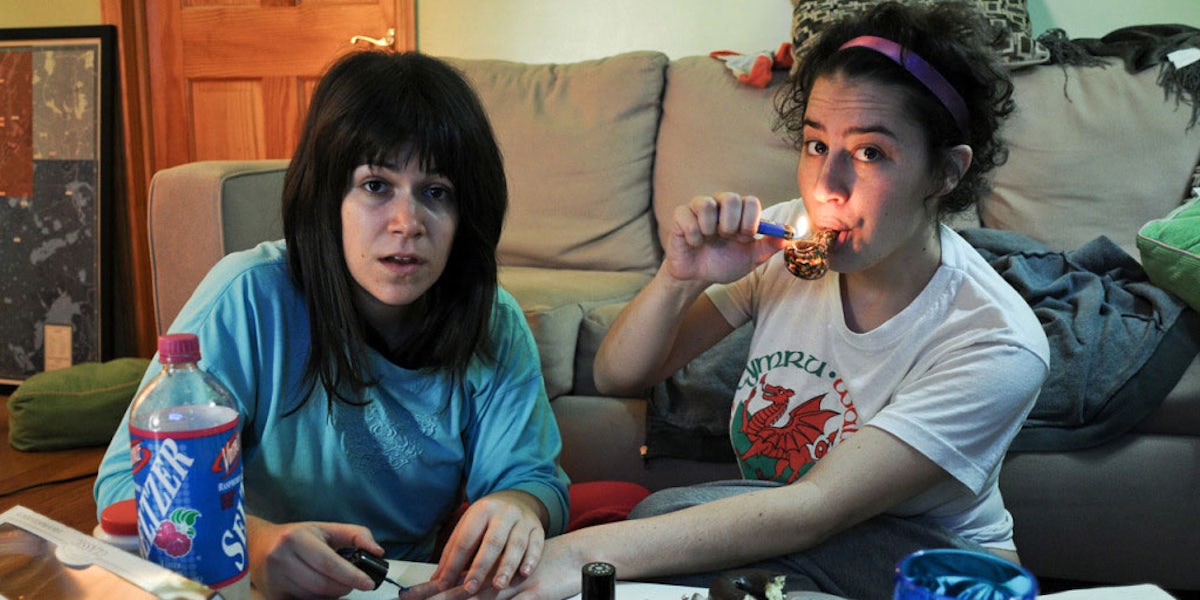 The stoner stereotype is finally fizzling out. A recent study even backs this up, suggesting that audiences are no longer enjoying shows about the bumbling dude in a tie-dye shirt.

The Best Weed Shows For Streaming

Weediquette follows VICE correspondent Krishna Andavolu on a journey to discover the people who rely on cannabis to better their lives.

Be it veterans suffering from PTSD, children using cannabis oil to treat conditions like epilepsy, or cannabis cultivators across the globe, Weediquette is a show that helps humanize the people who love and use cannabis.

In Bored to Death, Jason Schwartzman plays Johnathan Ames, a New York resident who decides to bring his art to life when he begins living his noir novel fantasies by moonlighting as a freelance investigator.

With the help of his best friend, Ray, a cartoonist played by Zach Galifianakis and George, an Editor-in-Chief and mentor played by Ted Danson, the trio finds themselves working together to help Johnathan solve his cases. The result is a show that creates a touching portrait on the power of cannabis and how it brings people together—and, sometimes, gets them into heaps of trouble as well.

There’s no show better than HBO’s High Maintenance for encapsulating the diversity of the modern cannabis consumer. The series follows the day-to-day life of an unnamed weed dealer living in Brooklyn, New York.

The dealer, known simply as “the guy,” has clients who are all strangely connected to each other through him and their love for cannabis. Equal parts comedy and drama, the new series is an incredible glimpse into the potential of programming to speak to actual cannabis consumers—not caricatures of them.

Though Broad City isn’t entirely a weed show, its main characters Iliana and Abby sure love smoking up. The pot-loving duo faces typical millennial dilemmas, such as money woes, dead-end jobs, and the struggles of finding weed in moments when both of them are dry and broke.

Set in New York, this hilarious show manages to evolve the stoner stereotype by featuring a pair of ordinary urbanite women who love weed just as much as your former deadhead.

The Worst Weed Shows For Streaming

Despite developing a cult following, the original Netflix series Disjointed saw an abrupt cancelation after one season due to harsh critical commentary and low ratings.

The series documents a lifelong cannabis activist, played by Kathy Bates, who sees her dreams come to life as a dispensary owner in the age of recreational legalization, set in modern-day Los Angeles.

The multi-camera sitcom, though charming at moments, follows the traditional color-by-the-numbers blueprint that most sitcoms follow. It also reinforces the outdated stereotypes of cannabis users. While this is not entirely a bad thing, it doesn’t push the envelope either.

Cannabis and cooking seems like a match made in heaven, which is why many were surprised when Netflix’s Cooking on High failed to deliver what looked like a sure success.

The program garnered disapproval from critics and fans alike for being forced and boring. Though the series only has one season, we’re hoping that these are just growing pains—and looking forward to a new and improved second try.

Enjoy the latest and greatest from Herb, enter your email below to get exciting cannabis updates delivered to your inbox.
September 23, 2018 — Last Updated December 04, 2019
Written by Zack Fenech