What is happening to YouTube’s weed channels? 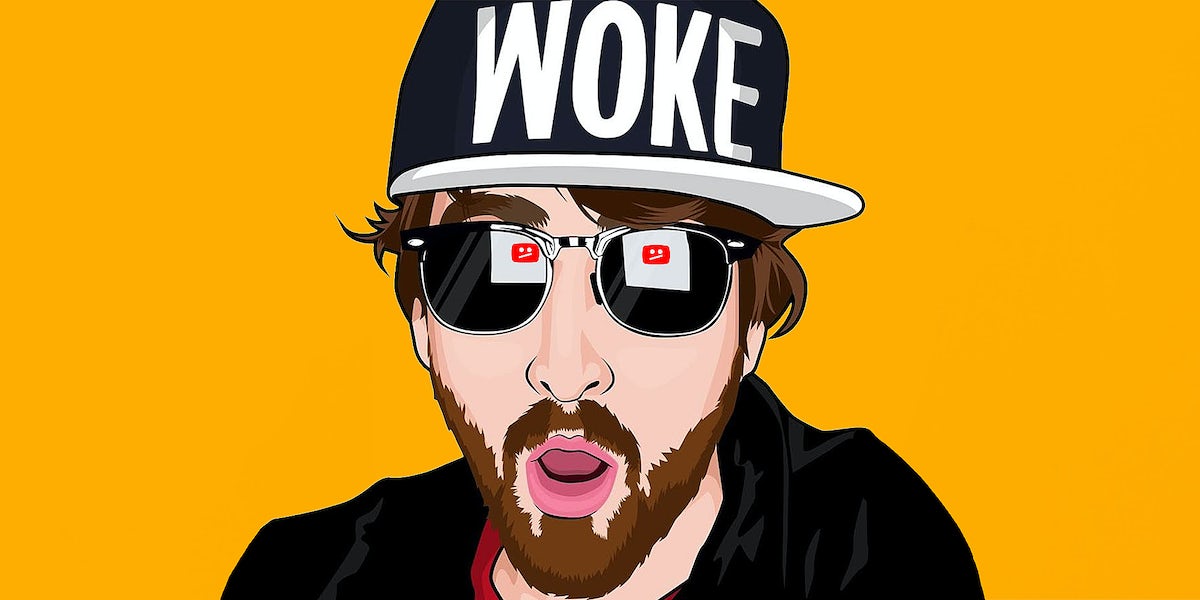 Philip Markoff works in digital marketing. To most, he’s known as Crazy Ginger Kid. In his YouTube videos, he sits in a room with instruments leaning against the white wall behind him making the case for legalized cannabis, relaying the effects of DMT, heroin, and methamphetamines and recounts his own road to recovery. He started the channel because he found online resources for recovery too weak or too condemning. A more candid approach was “a puzzle piece in YouTube that was missing and desperately needed.” His most popular videos have over a million views.

A few weeks ago he got a strike on an older video about shrooms. At first, he thought it might be an isolated incident, but more strikes followed. “I thought it was just me,” says Markoff in an email, “the next day I saw Your Mate Tom and Psychedsubstance got strikes as well. It was at that point I realized it was across the entire platform.”

“It seemed like YouTube had adjusted its treatment of drug-related content in an overzealous way,” says Seth, who runs a popular account called The Drug Classroom where you can find a lost of educational videos about drugs as natural Xanax, serotonin, “Monkey Dust”, etcetera. “TDC has been on YouTube for years and it’s only ever received a couple restrictions, so the sudden appearance of more was surprising. Then the situation developed further within a couple days. I received multiple strikes, meaning videos were removed and restrictions were placed on the channel.”

For YouTube’s cannabis community, it’s hard to tell if it’s just paranoia. From trip reports to educational videos, accounts that specialize in drugs have been getting flagged simultaneously. Being flagged can result in some videos being demonetized, a blockade for new content or streams. If an account receives three strikes in the span of three months, their account is scrapped from YouTube. Seth said this once happened to TDC, and the recovery process took multiple evaluations.

YouTube has existing rules around drugs or something like them. For permissible content, drug use needs to be “contextualized.” That means smoking weed has to be in service of something educational or entertaining, not simply gratuitous. That’s a thick gray to work around. Much like a country where weed is legal statewide but federally forbidden, getting hard answers isn’t easy. The ultimate difference between someone lighting up on their webcam and Doug Benson’s lighting up on set could be lost in the fog.

Worrying about a conspiracy against them, YouTubers Arend Lenderink and Mackenzie “Macdizzle420” McCurry unveiled plans for a YouTube alternative: The WeedTube. A site that would host video content for stoners where they can upload videos about how to make bubble hash, smoking weed with the ‘best desktop vaporizer‘ or reviewing blue widow, citrus sap strain (or whatever) free of scrutiny. The campaign raised its goal of $6.5 thousand dollars in two weeks, and an early version of the site has gone live. In a 50 minute YouTube post about WeedTube, Lenderink explains from his couch that he intended to debut the site closer to 4/20, but concerns of YouTube wiping out his channel forced his hand. As of this writing, Lenderink’s channel still exists and he has uploaded eight additional videos.

“I do not believe this is an instance of YouTube trying to further an anti-drug position,” says Seth. “Rather, I think the site is faced with a genuinely difficult task of separating harmful from neutral/positive content.”

It hasn’t just been the cannabis community feeling the blunt end of YouTube’s moderation. For the last few weeks, everything from conspiracy to sexual identity has been getting hit by stricter warnings than they’re used to. Amidst it all, there’s been a lot of misinformation and hyperbole, and it doesn’t help that so many popular YouTube accounts peddle in misinformation and hyperbole. InfoWars czar Alex Jones warned that YouTube delivered him a 24-hour notice that his channel was going to be purged from the site, a claim YouTube denied and clarified that such a warning doesn’t even exist.

It seems as if YouTube isn’t targeting weed content specifically, as much as drugs have been trawled in a much larger fishing net. This year and last didn’t look good for YouTube. In 2017, alarms were rung about children’s content, bots that manifested adolescent’s search habits into nightmare visions and parents who tortured their own kin for clicks. Only two months into 2018 YouTube had to wrestle with one of their biggest stars mocking bodies in Japan’s infamous ‘Suicide Forest’ and conspiracy videos about the victims of the Parkland shooting rising to the top of the front page.

Outside of copyright violation, YouTube has been laissez-faire about moderation. Like most social media sites, they’ve welcoming an expanding user base come what may. For years it’s been wondered how the platform would balance satisfying global advertisers and shirking responsibility for what they ultimately host. That balance is inevitably collapsing, and everyone’s buried in rubble, even the underserved.

“Any censorship of content is a touchy subject, clearly a line needs to be drawn as we don’t want content on instructional bomb-making or how to smoke meth that currently do exist,” says Markoff, “Instead they sent out a censorship algorithm which flagged videos and gave strikes based on metadata alone. This algorithm clearly has a bug and is attacking the wrong videos… If I uploaded a video and got a flag because it was about DMT I would have stopped making videos about DMT. But attacking old videos that were previously fine with no warning feels unfair.”

The YouTubers we spoke to agreed YouTube needs to take some control over what stays on the site. Seth says that YouTube should have some manual review of sensitive subject matters, sussing out the offenders, especially if the alternative is a blanket ban. Markoff says it would be better if flags and reports were scaled to size, a video with 100 views and 1 flags should raise more alarm than a video with 1,000 views and 1 flag.

Even The WeedTube recognizes these are hurdles for a platform for YouTube’s contraband. In the site’s FAQ, WeedTube already outlines that videos must abide by federal law, that nudity, violence, bullying and, of course, child endangerment is not allowed.

For the moment, it seems like this is a passing storm, and that YouTube’s drug accounts will survive if somewhat dinged. But how YouTube will deal with increasing controversy in the long term deserves pause.

“I don’t think YouTube is the “bad guy” but they need more help with community moderation to make true censorship of dangerous content possible rather than trust a bot,” says Markoff. “People who need help are searching for videos about meth because they’re interested in trying it, they’re not looking for recovery videos. When someone interested in trying a drug finds my video they stumble upon my recovery videos and can bookmark them in the back of their mind for if they need help down the road. I don’t push, preach, or lecture sobriety. Merely share my experience and strength to give addicts the kind of hope that inspires positive transformation.”