Now Reading:health | Scientists Are Pushing For A New Era In Medical Marijuana Research 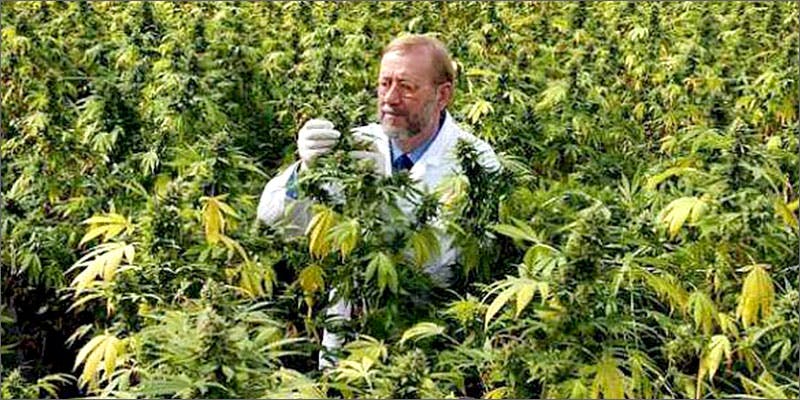 Scientists Are Pushing For A New Era In Medical Marijuana Research

Scientists are pushing for the DEA to reclassify cannabis this summer to a lower Schedule in order to facilitate larger medical marijuana research studies.

Scientists are pushing for the DEA to reclassify cannabis this summer, from Schedule I which says it has no medicinal value and a high potential for abuse, to a lower Schedule in order to facilitate larger research studies. The problem with where it is now? There can be no studies when medical marijuana research is hindered by red tape.

Chuanhai Cao is a neuroscientist and researcher at the University of South Florida’s Byrd Alzheimer’s Institute. He is studying the potential applications in treating Alzheimer’s disease. To do that, he uses transgenic mice and administers THC to affect amyloid beta, the protein that forms the plaque found in the brains of those suffering from the condition. For Cao, the fight to find a cure is personal as well as professional.

The problems he has faced with getting approval from the DEA have been disastrous. The mice in his study have to be a specific age in order to get viable data, and the last delay in approval of the complicated paperwork involved in marijuana research took over 3 months. Several of the mice literally died of old age waiting on the study. In the end, Cao had too few mice that were all too old to generate useful data. “It was a disaster,” Cao stated.

Other scientists agree it is time

“Rescheduling cannabis as Schedule II will allow the research to get done that needs to be done to determine if this is going to be a good medicine, and for what,” – Sachin Patel

Sachin Patel has been studying cannabis for over 15 years dealing time and again with the hurdles of DEA approval. As an associate professor of psychiatry at Vanderbilt University School of Medicine studying “the role of endogenous cannabinoids as mediators of stress resiliency”, he would be satisfied if they at least dropped the Schedule from I to II. Schedule II lists drugs deemed to have a high potential for abuse as well, but medical applications are possible. Some of those drugs include Oxycodone and Percocet.

What rescheduling could mean

Lester Grinspoon, a famous cannabis researcher who has been studying the plant since the 1960’s would prefer the DEA to take it off the list of controlled substances altogether.

“It’s not that we don’t have a lot of information. If you go to PubMed you’ll find that there are 23,000 papers published on cannabis. But [with rescheduling] we can open it up to large, double-blind clinical studies.”

What would the difference mean, and why should they do it for cannabis? Well cannabis isn’t the only drug to be held back by legal hurdles only to be found as a game-changer when it was finally able to be studied fully.

“We didn’t have any large double-blind studies of penicillin until the mid-60s, so it was all anecdotal evidence. But it came across as a wonder drug. And it was.”

The frustration of Schedule I

Right now, scientists have numerous difficulties related to the status of cannabis, not just the approval of the DEA. It is because of its status as a federally illegal substance that these problems occur, however.

Patel notes that large-scale double-blind studies could confirm popular anecdotal views on the effectiveness of cannabis for pain and nausea, but that they could also disprove them if the science trumps the popular beliefs.

One major frustration is that apart from DEA regulations, federal regulations specify that all cannabis used in studies involving human ingestion come from only one source: the National Center for Natural Products Research at the University of Mississippi. The supply of cannabis from this source is widely criticized as being poor and unrepresentative of the plethora of modern strains, which are significantly stronger and more varied.

The bias in approved studies

Funding is one of those major hurdles, and so is getting scientists to stake their reputations and careers on the study of potential benefits of this taboo plant.The Scientific American says “A 2015 analysis done at Arizona State University found that between 2008 and 2014, of the $1.4 billion the National Institutes of Health spent on marijuana research, just $297 million was spent on potential medical uses; the rest, $1.1 billion, went for abuse and addiction studies.”

Grinspoon thinks that a reschedule could alleviate the problems with funding, sourcing, and manpower.

“Miseducation about cannabis over the last 50 years has been so thorough that it’s going to take time, but this will knock down one of those obstacles.”

One possible result:  “Medical schools will start to recognize that they have to teach about cannabis as an important new medicine. Of course, it’s been around for 10,000 years, but new in the sense of coming to Western medicine.”

Right now, the DEA is reviewing 2 separate petitions calling for the reschedule of cannabis. They have received a letter of recommendations based on the findings of the FDA, according to current scientific data. The irony that the data is limited by the very agencies that rely on it for their decision is not lost on scientists, physicians, and the general public.

The position of the FDA’s recommendation has been kept behind closed doors, and will be until the DEA makes its decision. That, however, could take a long, long time. Previous petitions have had to get legal injunctions to even be acknowledged, and taken up to 20 years or more for a final response. The climate for these petitions is vastly different than before, with 23 states and the District of Columbia having medical cannabis laws in place, and public sentiment in favor of legalization.

Will the DEA reschedule cannabis? Only time will tell, but a denial of the inevitable could very well spell the beginning of the end for a federal department that refuses to acknowledge scientific fact in favor of big budgets and mass incarceration over a non-toxic plant.

Do you think the DEA will lift the Schedule of cannabis? Will it move to Schedule II, III, or be freed altogether, to the level of alcohol and tobacco? Share your opinion on social media or in the comments below.