With no effective treatment available in the United Kingdom, the family of five-year-old Alfie Dingley is moving to stop his aggressive seizures. 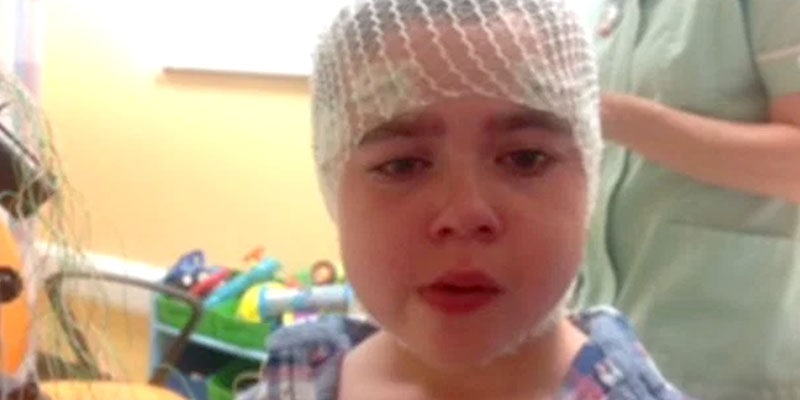 The family of five-year-old Alfie Dingley, who can have hundreds of seizures a day because of his rare form of epilepsy, is moving to the Netherlands for cannabis treatment.

Alfie Dingley is one of five boys in the world with PCDH19, an extremely rare genetic disorder, and his parents are desperate to treat his seizures. The parents, Hannah and Drew, believe that cannabis oil will help treat the symptoms of epilepsy, but could face jail if they follow through with that treatment in Warwickshire, England.

His seizures are so bad, his mother, Hannah, gave up her job in the travel industry to become his full-time carer. She said that Alfie is deeply affected by the drugs he is given, and the IV steroids he takes when he has a cluster of seizures have serious side effects since the drugs are toxic and cause him to be very aggressive.

We have done a lot of research into whole plant medical cannabis for epilepsy and have found many parents around the world who are using it effectively to either reduce or stop very aggressive seizures.

But, if Hannah were to give Alfie medical cannabis in the United Kingdom, she could be jailed for up to 14 years, which she says “is an absurd situation.” Now, the family is having to move to a new country to get treatment, which could transform Alfie’s life.

Currently, because of his condition, Alfie misses out on the majority of his schooling. He also has learning difficulties and rarely has the chance to socialize with other children.

The family is asking for donations via their fundraising page, to help fund the move, and have so far raised almost £3,000 of their £15,000 target.

Get 20% off premium weed and discover the latest products, news, and deals in cannabis.
September 13, 2017 — Last Updated
Written by Todd Farmington