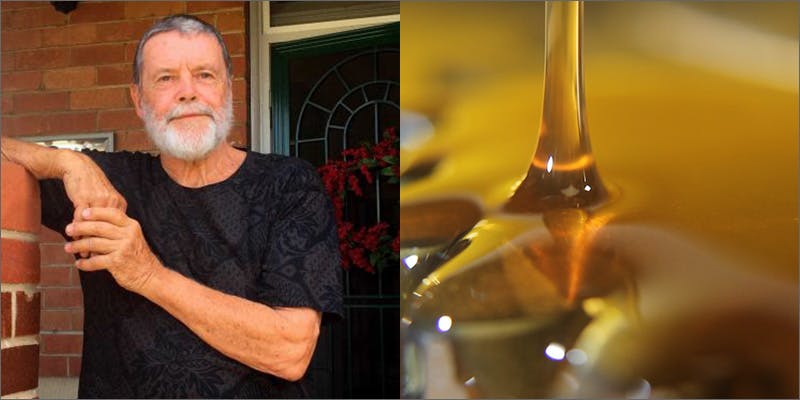 Less than one year ago, Bryce Gaudry was diagnosed with pancreatic cancer and credits cannabis oil for bettering his quality of life.

Bryce Gaudry, a former member of South Wales’ Parliament is speaking out about his use of medical cannabis oil to help treat a deadly form of pancreatic cancer, which only has a 5-7% chance of surviving the next five years. Despite medical advances, there has been little progress in the treatment of pancreatic cancer, making it one of the most deadly forms possible. However, with the help of cannabis oil, this man was able to help subdue some of the side effects and maintain a better quality of life than most suffering from cancer.

Bryce Gaudry served as a Member of Australian Parliament from 1991 to 2007, representing the Labor division of Newcastle.

Less than one year ago, Guadry was diagnosed with pancreatic cancer. Although it is the ninth most common cancer among men in Australia and the tenth most common among women, Guadry never imagined it would strike him.

His team of doctors set out to perform what is known as a Whipple procedure. Gaudry knew the surgery would be long and difficult, but wasn’t willing to give up without a fight.

The Cancer Council says about 30% of people die within about two months of the diagnosis, so it’s a fairly late diagnosed cancer. For many people, they don’t have the opportunity of having this Whipple operation.

The operation is a fairly massive one, it removes your gall bladder, it takes the majority of the pancreas. In my case it took my duodenum, and the bottom section of my stomach including the pyloric valve and they’re all stitched back together and you’ve got a much simplified digestive system after that.

After undergoing surgery, Guadry began seven months of intense chemotherapy. While the treatment seemed to be working, the chemo left him with extreme nausea, something that was causing issues all on its own. To help ease the sickness, Guadry turned to cannabis oil.

My belief is that I should use every possible means I can to increase any chance that I might have of survival and we were lucky that a friend of ours was kind enough to give us some cannabis oil.

When I came home from the hospital I was in a very sick state for some time. I was vomiting constantly, projectile vomiting, it was really driving me down. Within three days of taking cannabis oil my nausea and vomiting went away, so I decided at that stage that I would continue to use it.

In addition to the medical treatments, Guadry needed emotional support. He relied on his family and a Cancer Council telephone support group, where other people across the country are also suffering from pancreatic cancer.

Guadry believes the support he received from these individuals was just a beneficial as the treatment he received medically.

We hook up every fortnight by phone, people from Adelaide, people from Melbourne, people from Sydney, all on the same pathway through cancer. That’s a very beneficial thing for people suffering from cancer to join a support group.