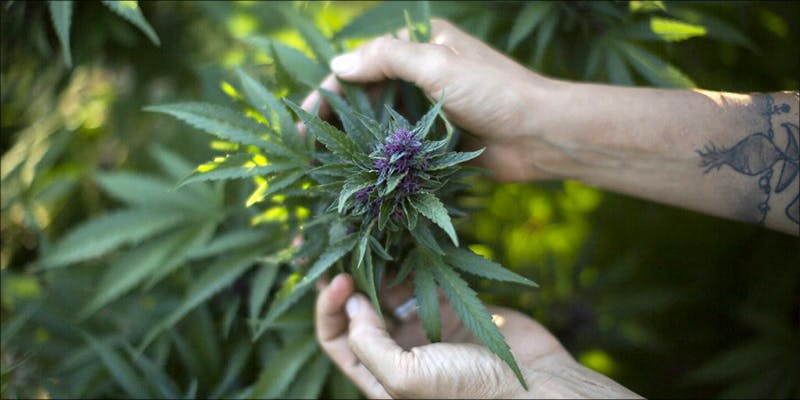 Tearing apart SAM piece by piece, the Cannabis Business Alliance highlights the absurdity of some of its rhetoric and inaccuracy of its cited sources.

In response to Smart Approaches to Marijuana’s report to Jeff Sessions, Cannabis Business Alliance issued a denouncement. Tearing apart the SAM letter piece by piece, CBA highlights the absurdity of some of its rhetoric and inaccuracy of its cited sources.

Kevin Gallagher, Executive Director of the Cannabis Business Alliance called out SAM for its deceitful claims,

States such as Colorado diligently uphold the responsibilities outlined in the Cole Memo and are working stringently to advance regulatory and compliance frameworks as a blueprint for other states that have seen the benefits of removing cannabis profits from the pockets of drug cartels and into schools and public health programs.

Colorado is doing it right, and policymakers in states that have not yet come online are watching the Centennial State closely as a successful model for stimulating local economies while keeping constituents safe.

SAM’s frivolous claims are just another prohibitionist attempt to halt the positive strides of an industry that has been proven to be an economic force in states where marijuana is legal.

Cannabis Business Alliance went on to rebuttal SAM’s erroneous metrics. Citing a report from the same source, they showed that teen use has not increased. Instead, it has dropped compared to past levels.

According to the Cannabis Business Alliance, “Colorado’s property crime rate fell by 5 percent between 2012 and 2015. Since 2009, both property and violent crime rates have fallen by 3 percent and 6 percent respectively.”

Smart Approaches to Marijuana cites statistics on homicide, rape, robbery, and auto thefts, crimes not typically associated with cannabis users. Nor do their sources actually claim any direct causality between the crimes and legal cannabis.

SAM would have people believe that cannabis companies gear products directly towards youth, but CBA points out that,

The SAM report claims that “businesses target many of the marijuana products they sell toward kids, such as pot candies, cookies and ice cream.” However, Colorado’s rules for infused products mandate that the products cannot be shaped like animals or be in packaging designed to appeal to children. As of October 1, 2016, regulations also require all packaging as well as cannabis-infused products be marked with a “Universal Symbol” – a diamond enclosing the notations “!THC” or “!THCM”.

Gallagher summed up the efforts to keep kids safe, adding a note of parental responsibility, saying,

Between child-resistance, prohibited advertising of cartoon characters, opaque packaging, and warning statements, Colorado infused products manufacturers are doing more than any other industry to make edibles less appealing and accessible to children.

Additionally, when a child does end up in a hospital due to accidental ingestion, it is more likely from edibles that were homemade by the parents, rather than edibles that were purchased in a legal dispensary and provided in child proof packaging.

CBA stresses that parents should treat their cannabis as they would any other product that should not be accessible to children under the age of 21: lock it up and keep it out of sight.

Revenue no drop in the bucket

SAM decried the fact that revenues from legal cannabis haven’t been able to curb massive state debts. It was never the job of cannabis to single-handedly fix everything. Their cited article, dated March of 2017, states that Colorado’s total budget shortfall was $700 million.

It states that reasons for the gap include:

None of these problems come from cannabis, but suddenly the fault lies with a brand new industry? CBA pointed out that legal cannabis has put plenty of dollars towards helping.

Colorado marijuana tax revenues greatly exceed original estimates of $70 million per year. Collections of $56 million in 2014 grew to $113 million in 2015. In 2016, the state reported roughly $1.1 billion in legal sales with over $200 million collected in tax revenue.

Marijuana tax money has been used to improve a wide range of community programs and services, funding everything from school construction and public health and law enforcement to substance abuse prevention and fightinghomelessness.

As of January 2017, more than 23,000 people in Colorado now have full-time jobs because of the legalized marijuana industry, and Colorado’s unemployment rate has consistently posted at around 2.3 percent, often ranking the lowest in the country, and the lowest rate in Colorado since at least 1976.

There is no clear evidence linking legalized marijuana to an increase in traffic incidents or fatalities in Colorado. Prior to 2014, proper coding did not designate cannabis use in traffic incidents, and this issue persists even to this day, with many studies lumping cannabis use with prescription and illicit drugs such as opioids, and there are no standards for testing crash victims.

Nationwide, police still can’t agree on a standard level of THC for intoxication. THey also don’t differentiate between residual metabolites in the system versus recent use.

Smart Approaches to Marijuana would ask the federal government to deny the dozens of laws passed by state legislators and voters. They want Big Brother to crack down on legal cannabis, and the will of the people. But that’s not the way of democracy.

Instead, the latest Harvard-Harris Poll says that only 14% of respondents believe marijuana should be illegal. 37% believe medical should be medically legal, and a whopping 49% believe it should be both medically and recreationally legal.

Given the opioid crisis in America, shouldn’t focus aim at the most pressing issue of the country? The Cannabis Business Alliance pointed out that,