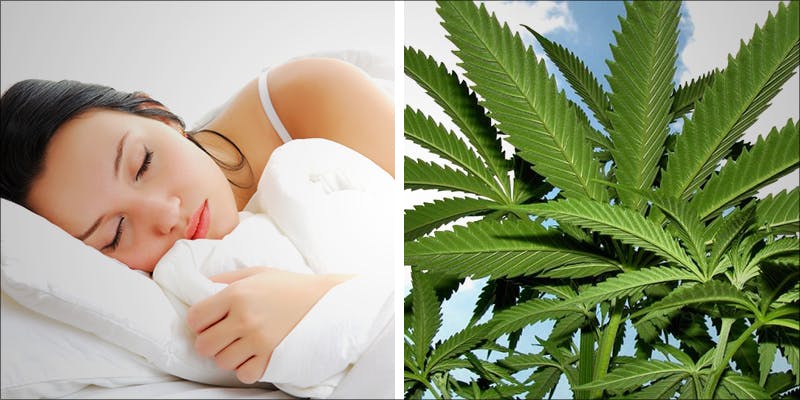 Are cannabis pharmaceuticals the way of the future? An American and an Israeli company team up to develop a new sleep aid.

Instead of taking a pill, this sleep aid comes in the form of a spray. The spray contains a unique blend of cannabinoids that are designed to work in harmony to help you sleep.

This sleep aid comes at a time when a wave of new cannabis-based dietary products and pharmaceuticals are hitting the markets.

Recently, another pharmaceutical company, Cannabis Science, Inc. announced the development of a pain patch for fibromyalgia and diabetic neuropathy. A new epilepsy drug, Epidiolex by GW Pharmaceuticals, was successful in recent clinical trials.

Now, the partnership between CannRX and iCAN: Israel-Cannabis has added yet another valuable product to the budding cannabis neutraceutical industry. The team opted for a spray since similar available products were oral only and more difficult to dose and control.

The two companies hope to sell this product on a global scale later this year, pending patent trials. The hope is that the sleep aid will pave a way into the U.S. market.

Israel has been taking the global lead in medical cannabis research. Local researchers made breakthrough discoveries about the herb back in the 1960s when chemist Dr. Raphael Mechoualm first discovered tetrahydrocannabinol (THC), the primary psychoactive in the plant.

In the time since, Mechoulam and his team have made numerous discoveries about the healing potential of cannabis. Unlike in the United States, however, cannabis research in Israel leans heavily to the pharmaceutical and medical side of the equation.

We’re doing more research in Israel than anywhere else. We have destigmatized better than other places, and we have an approach to medicalizing cannabis, rather than legalizing cannabis.

Another important distinction is that researching cannabis is illegal for scientists in the United States. In Israel, however, researchers like Dr. Mechoulam have received national awards and honors for their contributions to medical research.

Now, Israel is considered the epicenter for cannabis science. According to Kaye, it’s the pharmaceutical and medical research on the plant that will drive reform and push the industry forward.

You can do the science in Israel, and it’s accepted by the FDA. That’s how the cross pollination will happen. Real companies with real technology, real science, data. Those are the ones that are going to drive this industry forward.

Several U.S. companies are hoping to jump onto the cannabis neutraceutical bandwagon. Including New York-based Kannalife Science, which hopes to soon develop a cannabis-based drug that can prevent damage from concussion ahead of time.

Though, due to industry restrictions here in the United States, companies and small businesses within the industry face stifled competition. As Kaye suggested above, at the present moment, international partnerships with cannabis-friendly countries is pushing the medical industry forward.