Men who heavily smoke cannabis might face infertility problems, because weed seems to get sperm stoned, causing it to “swim in circles.” 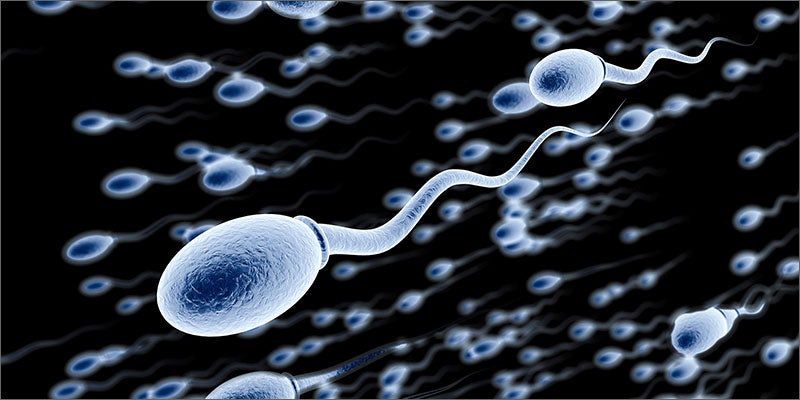 Men who heavily smoke cannabis might face infertility problems, because weed seems to get sperm stoned, causing it to “swim in circles,” according to a Canadian study.

What the heck is ‘poor sperm’?

Regular toking can reduce sperm counts by up to a third, according to previous research, reports the Daily Mail. But, “The weight of the evidence is that marijuana probably has a negative impact not only for sperm counts but sperm function,” according to Dr. Victor Chow of the University of British Columbia.

Marijuana can also reportedly decrease fertility in women by suppressing ovulation, according to some studies. That should not, however, be considered as an even occasionally reliable method of birth control, of course.

A separate 2014 study suggested that being a stoner doubles the risk of men under 30 having “poor sperm,” whatever the heck that means. Dr. Allan Pacey claims,

Statistically it jumped out of the analysis, I think it’s a real effect, and it’s not been shown before in such a robust way.

Sperm production cycles normalize about 90 days after cannabis use is stopped, according to that study.

You’ve got to stop in July to see an improvement in August.

A 2003 study, on the other hand, found that stoned semen are hyperactive, and move too fast, instead of being lazy. Make up your minds, scientists!

Researchers from the University of Buffalo School of Medicine and Biomedical Sciences, led by Dr. Lani Burkman, conducted what they called the first study to examine the effect of marijuana smoking on the specific swimming behavior of sperm.

The scientists compared samples of semen from 22 men who were heavy pot smokers with that of 59 fertile men who had impregnated women.

The bottom line is, the active ingredients in marijuana are doing something to sperm, and the numbers are in the direction towards infertility. The sperm from marijuana smokers were moving too fast too early. The timing was all wrong. These sperm will experience burnout before they reach the egg and would not be capable of fertilisation. – Dr. Lani Burkman

A study of semen from five heavy cannabis smokers was performed by Dr. Anne Jequier, president of the Fertility Society of Australia, back in 2002. That study found that cannabis doesn’t cause infertility.

[W]e took five heavily addicted marijuana smokers and we looked at their semen. We could find nothing wrong with the routine semen analysis. – Dr. Anne Jequier

In fact, (several) new studies have found that marijuana smoking is linked with higher sperm concentrations, so it may helps to have a better sperm count… Ironic?

Get 20% off premium weed and discover the latest products, news, and deals in cannabis.
September 03, 2017 — Last Updated
Written by Steve Elliott