Now Reading:health | CBD and Autism: Everything you need to know before giving your child CBD 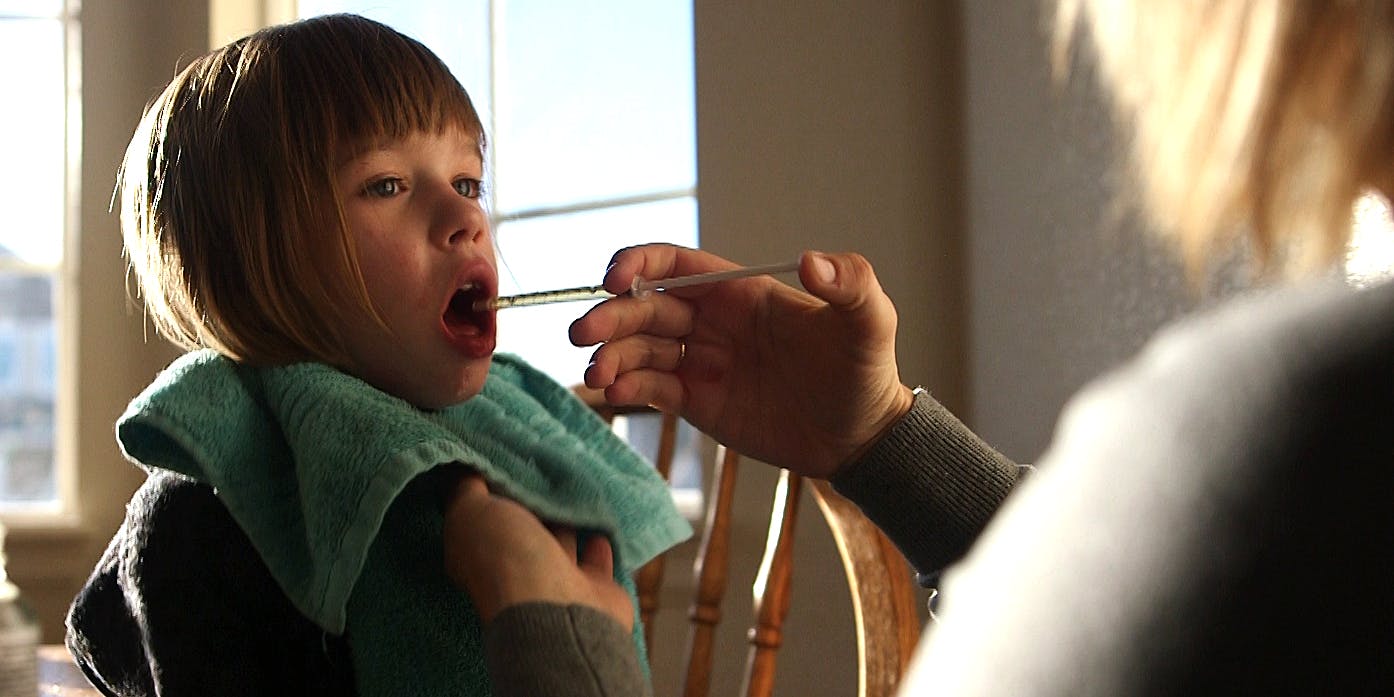 CBD and Autism: Everything you need to know before giving your child CBD

Because clinical studies do not yet exist, we spoke to mothers treating their child’s autism with CBD.

Autism spectrum disorder affects one in 68 American children, but what’s the relationship between CBD and autism? Although there are currently no published studies on the subject, there is tons of anecdotal evidence that says CBD and autism is a good fit, especially considering how strong the prescription alternative can be. We did the research and spoke with mothers of children with autism, to teach you how CBD and whole plant medicine can be an effective treatment for autism.

Autism is a developmental disorder that affects people’s ability to communicate and interact with others. It is known as a spectrum because it affects individuals in varying degrees. Some other behaviors that are common in autism spectrum disorder include delayed language, difficulty making eye contact and having a conversation, sensory sensitivities, intense interests, and repetitive behavior. Because it’s a spectrum, folks with autism may display many or few of these signs – it depends on the individual.

Autism is frequently accompanied by other medical issues, like gastrointestinal (GI) disorder, sleep disturbances, anxiety, phobias, ADHD, and OCD. But that’s the first place where CBD and autism link, many of those medical issues can be relieved by cannabis.

What’s more, the inability to communicate can be very frustrating for those with autism. It can cause lead to other behaviors, like anxiety, rage, and self-harm, as well as body rocking and other repetitive self-soothing behaviors. But this is where CBD and autism meet again, because of cannabis’ anti-anxiety and calming effects.

The Endocannabinoid System and Autism

The Endocannabinoid system is where the CBD and autism connection really starts to make sense. A lot of autism’s symptoms are directly related to the functions of the body’s endocannabinoid system (ECS). The ECS is the largest regulatory system in the body and controls:

Plus, our bodies have endocannabinoid receptors in almost every cell. When a 2013 study found dysfunctions in cannabinoid receptors on immune cells in autistic children, it was an “aha” moment for CBD and autism researchers. Could supplementing autistic people with cannabis improve their symptoms?

Some parents, like Shifra Klein, would say yes. Her 12-year-old son was diagnosed with severe autism at age two and has been on over 13 medications to help control symptoms since.

“Our son is almost completely weaned off of drugs [since beginning CBD treatment],” says Klein. “He is more focused in school, able to stay on task, understand and follow classroom multi-step directions, complete school work, and is no longer at a ‘plateau’ and able to grasp new concepts. His eye contact is better, his language is more thought-out and he is able to create meaningful sentences and his annunciation is clearer. He also seems happier, in general.”

CBD and autism has been a great fit for Klein’s son, but because there is practically no clinical evidence for its success, autism isn’t a qualifying condition for medical marijuana in most states. However, the anecdotal evidence is growing and has sparked the formation of activist groups like Mothers Advocating Medical Marijuana for Autism (MAMMA).

Klein is an early education teacher as well as parent and so she understands the doubt, fear, and stigma parents experience when considering CBD and autism.

“I still encourage other parents to use resources available to them, such as therapies, but this is such a wonderful addition and has really been effective for us,” says Klein.

As far as dosing CBD goes, Klein warns it might be a bit of trial and error, but it will be well worth it. She also urges parents to make sure their CBD oil is from a reliable source and is tested by a third party lab to ensure quality and safety.

“I would never recommend anything to another child that I would not give to my own,” says Klein. “You will not harm your child by trying CBD to see if it works for them. You will not overmedicate your child with CBD.”

The Problem with Other Medications

CBD and autism come as a relief for parents because other drugs prescribed to children with autism are powerful. Often these kids are prescribed Abilify or Seroquel: anti-psychotics not specifically for autism, or children for that matter.

“You won’t find even one single study that shows what happens to a very young child who’s treated lifelong with antipsychotics,” says Abigail Dar, mother of an autistic son, researcher, and advocate for cannabis for autism in Israel. “None of them [antipsychotic medications] have been targeted for children. I’m talking five [years old].”

These antipsychotic drugs have tons of negative side effects, including dizziness, drowsiness, stomach pain, and weight gain. And yet, they are most doctor’s first choice for treating autism. However, many criticize them for being too strong and turning kids with social disabilities into zombies. Or, as Dar puts it: “You give it to children who can’t communicate how they feel.”

Dar also pointed out another troubling dilemma with antipsychotic medications. One of their side effects includes lowering the seizure threshold, yet autistic children are at high risk for epilepsy; 30% of those with autism also have epilepsy. Dar’s son didn’t have epilepsy until he was 16 and she isn’t sure if it was caused by medications for the autism rather than the autism itself.

“If he didn’t have epilepsy we may have triggered it,” says Dar. “I’m asking now, why did you give my son who’s already at risk for seizures [these drugs]?”

Cannabis, on the other hand, is anecdotally more effective at treating symptoms and much less harmful. In fact, CBD oil without THC is non-psychoactive and has no side effects aside from possible drowsiness. CBD and autism is such a great match because children are more engaged whereas anti-psychotics leave them the opposite. Plus, hemp-derived CBD oil is available in all 50 states.

CBD and autism has tons of potential. The anecdotal evidence is building and soon, we’ll have scientific evidence to back it up. For families looking for alternative treatment, CBD and autism might be the answer they were searching for.