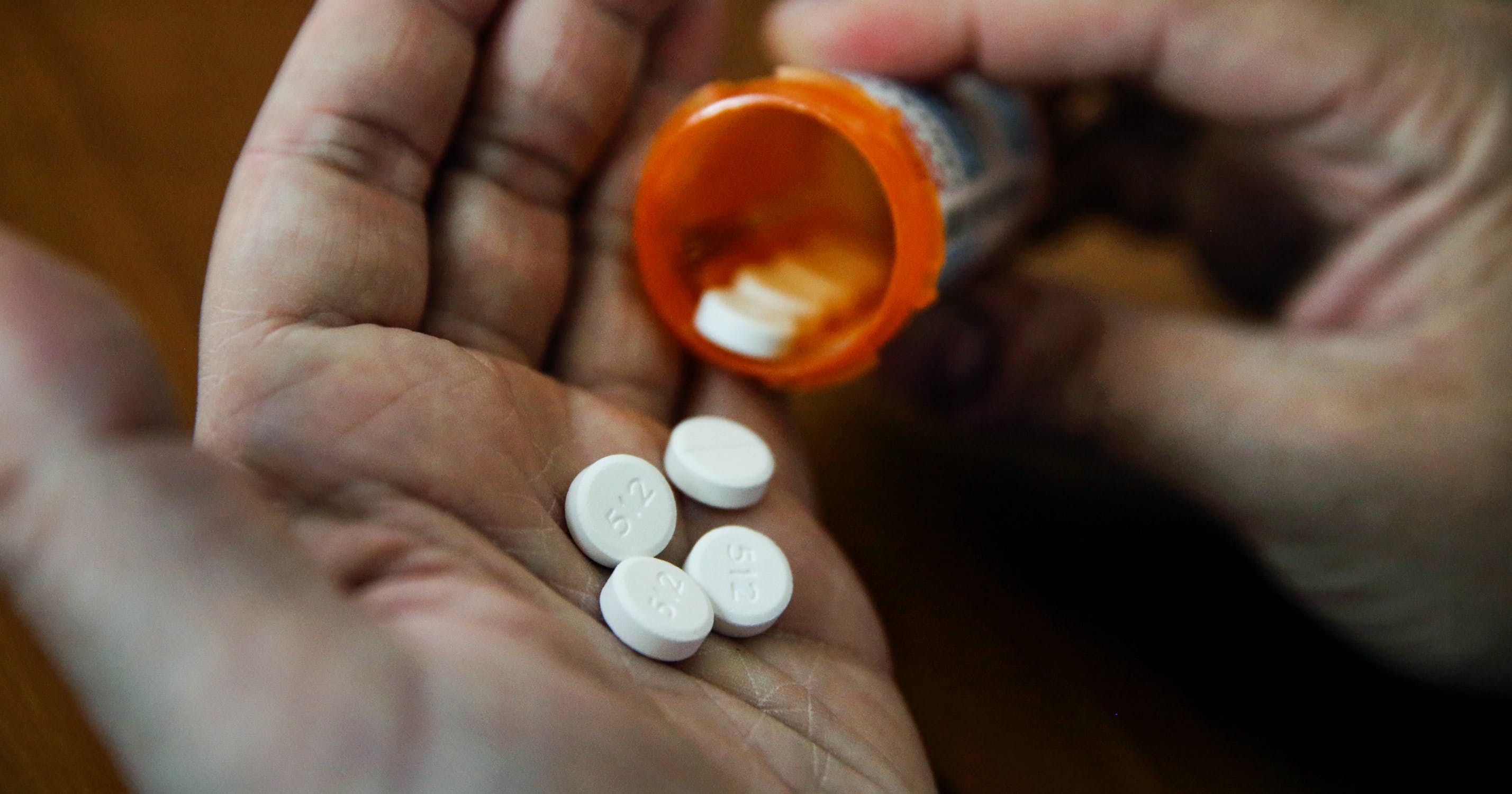 LOWELL, MA – JUNE 17: Medication is displayed in a hand of a patient with a genetic disorder that causes chronic pain. She is down to her last eight pills and unable to get a new prescription. (Photo by Craig F. Walker/The Boston Globe via Getty Images)

CBD can help with insomnia, anxiety, and chronic pain, among other conditions.

The list of CBD benefits is seemingly endless. The non-psychoactive compound of the cannabis plant can help with everything from depression and arthritis to epilepsy and sleep. But one of the most astounding CBD benefits is how it helps people with a wide range of ailments, diseases, and disorders reduce their prescription pill intake.

CBD Benefits: What the data says

There isn’t a ton of data on CBD benefits, but Tikun Olam, Care By Design, and Eaze have all come out with patient survey data that is promising. These studies looked at CBD-rich treatments that included THC. In the Tikun Olam study, they looked at patients in Israel who smoked high CBD strains, approximately 1.4 grams per day. Care By Design partnered with Project CBD and surveyed 2,495 medical marijuana patients in the U.S. who were using CBD-rich cannabis, it wasn’t specified how it was consumed.

Remarkably, the majority of participants in both studies found CBD improved their symptoms and “overall wellness.” The Tikun Olam study found 95.5% of patients felt “the treatment helped them cope with their condition” and the Care By Design study found 88.2% of participants had an “improved feeling of well being.” In both studies, practically all those surveyed had improved appetite, sleep, and feelings of wellness.

CBD benefits are diverse, but across the board, CBD is helping people reduce their prescription pill intake. In fact, the Tikun Olam survey found that those taking CBD rich cannabis every day reduced their average pill consumption from 2.8 pills a day to 0.7 pills a day. The CBD benefits are twofold, because with less prescription drugs also comes less side effects. CBD, on the other hand, only caused side effects in 3% of the Tikun Olam participants.

Let’s take a look at the results in more depth to get a full understanding of CBD uses and CBD benefits.

CBD for Mood or Psychiatric Conditions

According to the Care By Design survey, the largest number of people take CBD for mood or psychiatric conditions. Among those people, the largest number use CBD for anxiety or depression, but other reasons include PTSD, ADD/ADHD, bipolar disorder, stress, schizophrenia, autism, and addiction.

For over 80 percent of participants with a psychiatric or mood disorder, CBD improved their mood.

Care By Design also looked at what ratios of CBD to THC people were using for different types of conditions. For mood or psychiatric disorders, they found people favored CBD-dominant products with ratios of 8:1 or 18:1 CBD:THC. This affirms anecdotal reports of those with anxiety preferring low-THC, high-CBD strains because THC increases their anxiety.

The 2017 Eaze State of Cannabis Report surveyed medical cannabis patients in California and found something interesting about their prescription pill intake. Anxiety medications were common among participants; 48 percent had used anxiety medication in the past. But 95 percent of them reported cannabis helped them to reduce their anxiety pill intake, and 40 percent had completely replaced anxiety meds with cannabis.

According to the Care By Design data, the second largest group of people using CBD are those with inflammatory conditions, like arthritis, general inflammation, rheumatism, Crohn’s disease, or Irritable Bowel Syndrome (IBS). In fact, arthritis was the second most common reason people were using CBD in the study, after cancer.

Arthritis was the second most common reason people were using CBD in the study, after cancer.

When Care By Design looked at the ratio of CBD to THC patients were using for inflammatory disorders, they found most people preferred cannabis with more or less equal parts CBD to THC. Popular ratios for CBD benefits included 1:1, 2:1, and 4:1 CBD:THC.

Chronic pain was the third most common reason people were using CBD, especially those with neuropathic pain, headaches and migraines, and fibromyalgia, according to the Care by Design survey. Regardless of what condition people were taking CBD for, the survey found that 72.6 percent of all patients had a decrease in pain or discomfort. If they were taking CBD specifically for pain, 95 percent reported less pain; for those with migraines or fibromyalgia, 100 percent reported an impact on pain and discomfort. Only 0.4 percent reported an increase in pain, and all of those patients had ALS.

Cannabis for pain is one of the most popular CBD benefits, but it seems to affect more than just pain. According to Care By Design, those taking CBD for pain experienced the greatest improvement in their overall sense of well being, especially those with fibromyalgia and migraines. CBD seemed to increase the energy levels in the majority of those with fibromyalgia as well.

As far as ratios of CBD to THC go, the most successful ratio for pain reported by Care By Design was 4:1 CBD:THC. Pain patients also reported benefitting from similar ratios, including 1:1 and 2:1.

CBD benefits go beyond anxiety and pain. Many are using the cannabinoid to help central nervous system (CNS) disease and injury, as well as cancer-related symptoms. CNS conditions, like multiple sclerosis, epilepsy, spinal cord injury, Parkinson’s disease, Traumatic Brain Injury and other neurodegenerative disorders can be helped by cannabis, especially high-CBD strains and products. For example, CBD decreased pain and improved mood in 100 percent of those with spinal cord injury, according to Care By Design.

For those with CNS injuries or disease, CBD to THC ratios with little THC were favored, especially 8:1 and 18:1 CBD:THC. These CBD dominant ratios seem to have the most CBD benefits for CNS problems, and were taken by over 60 percent of participants in the Care by Design study.

Although the data is limited, the findings of these three surveys are groundbreaking. As more people gain access to CBD and more research is performed, a better understanding of CBD benefits is forthcoming. Until then, more and more people are reducing and replacing harmful prescription pills with CBD, and it’s changing people’s lives for the better.